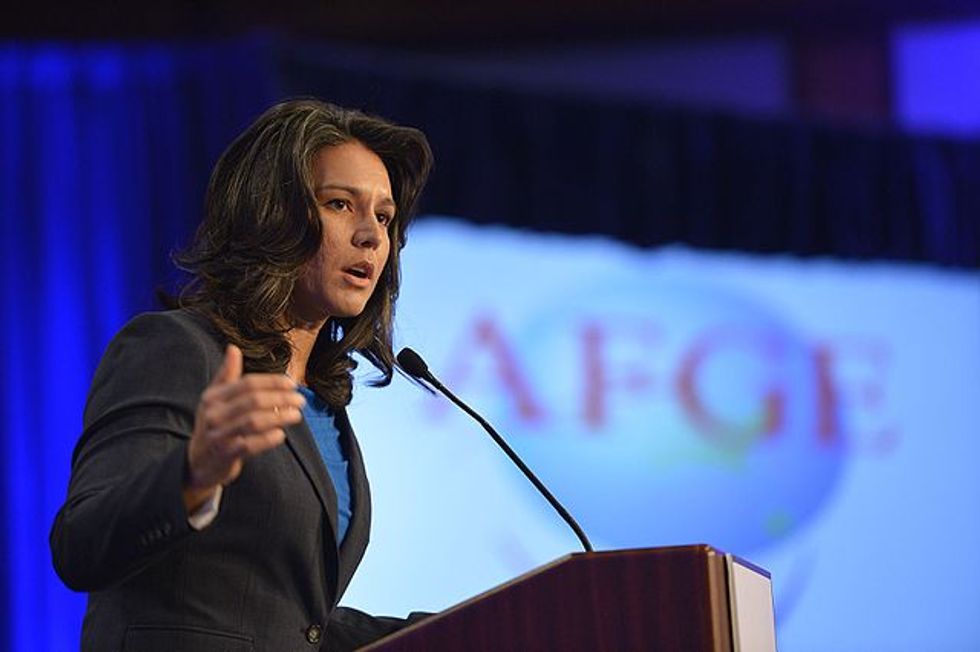 Rep. Tulsi Gabbard (D-HI) launched a quixotic bid for the presidency just three weeks ago. But according to POLITICO, her campaign may be imploding before it has a chance to start:

Campaign manager Rania Batrice and Gabbard's consulting firm Revolution Messaging are set to depart after this weekend's official kickoff in Hawaii, two sources familiar with the situation told POLITICO. Gabbard is leaning on her sister, Vrindavan, to fill the void.

Meanwhile, the congresswoman is under fire back home after picking a fight with Sen. Mazie Hirono, and a prominent Democratic state lawmaker is already challenging Gabbard in next year's congressional primary. That means she faces the possibility of losing the presidential race and her House seat as well.

Per POLITICO, the departures are not based on any ill will. However, they could be a disaster for Gabbard, whose campaign has been so disorganized that she didn't even give her staff warning she was announcing her candidacy on "The Van Jones Show," forcing them into a mad dash to get her website and social media material up before they were ready.

Worse still, while Gabbard can legally file to run for president and her House seat at the same time, she might be jeopardizing that as well. Gabbard has historically been hugely popular and won blowout re-elections, but recent events may have wounded her, from the Honolulu Star-Advertiser urging her to "focus on her job," to her having to apologize for past comments attacking LGBTQ rights advocates as "homosexual extremists," to her picking a fight with Sen. Mazie Hirono (D-HI) for criticizing one of President Donald Trump's judicial nominees for his affiliation with an anti-gay, anti-woman group. As Gabbard's position looks increasingly wobbly, she has already drawn a primary challenger in state Sen. Kai Kahele.

Gabbard, who first jumped onto the national stage by resigning as Democratic National Committee vice chair to protest Hillary Clinton, has often been painted by supporters as a progressive and a noninterventionist, although her credentials as either are debatable. She has racked up one of the most conservative voting records of any House Democrat, particularly on social issues and refugees, and she is a self-described "hawk" on terrorism and the Iran nuclear deal — her only "noninterventionist" stance is her support for Syrian dictator Bashar al-Assad.

It is unclear what her base would be within the current Democratic presidential primary. But at the rate her campaign is going, it may be over before we could even know.