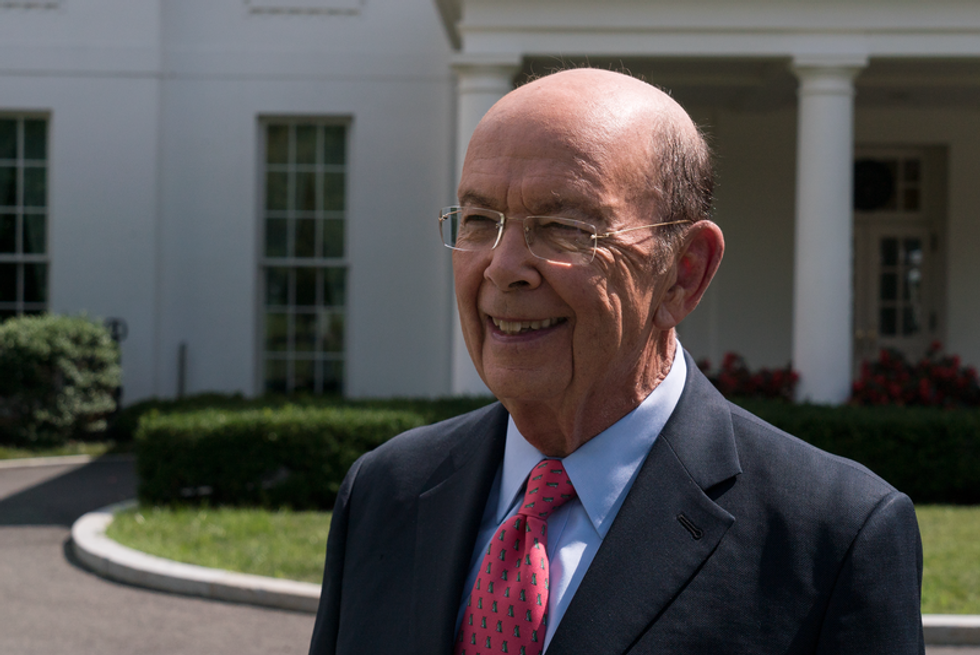 As President Donald Trump's federal government shutdown has dragged on, furloughed workers missing their paychecks are in dire financial straits. Some of them are turning to homeless shelters and food pantries to feed themselves.

"I know they are, and I don't really quite understand why," said Ross on CNBC. "Because, as I mentioned before, the obligations that they would undertake, say borrowing from a bank or a credit union are in effect federally guaranteed. So the 30 days of pay that some people will be out, there's no real reason why they shouldn't be able to get a loan against it."

He also dismissed the impact of 800,000 federal workers missing their paychecks, saying it was just "a third of a percent on our GDP."

It is true that some banks and credit unions are offering cheap loans to federal workers to cover costs, as happened during previous shutdowns as well. But as Roll Call points out, it is unclear these loans will cover the entire lapse of pay, as there is no end in sight to the standoff.

Moreover, a loss of a third of a percent of GDP is actually quite a lot of money. Going off GDP in 2017, which stood at $19.39 trillion, a loss of one third of one percent would be about $64 billion. Ross is notoriously bad at thinking through the math — he previously claimed that Trump's steel tariffs wouldn't be that bad because they would only raise the raw materials cost of a Campbell's Soup can by six-tenths of a cent, when in fact that actually translates to a forecasted profit loss of 5-6 percent.

Ross's oblivious comments on government workers prompted an outcry on social media — much of it highlighting just how out of touch the billionaire investor is when it comes to household spending of low- and middle-income workers:

Wilbur Ross has made millions of dollars off investments he 'forgot' to declare during his time as Commerce Secreta… https://t.co/zg6OJbfppl
— Swing Left (@Swing Left) 1548338702

If it were me, I probably wouldn’t have billionaire Wilbur Ross out there doing my shutdown messaging — wondering w… https://t.co/w8cA26VZOV
— Matt Fuller (@Matt Fuller) 1548339800