'Trump's base may flee': Conservative writer explains how Trump risks hollowing out his remaining supporters 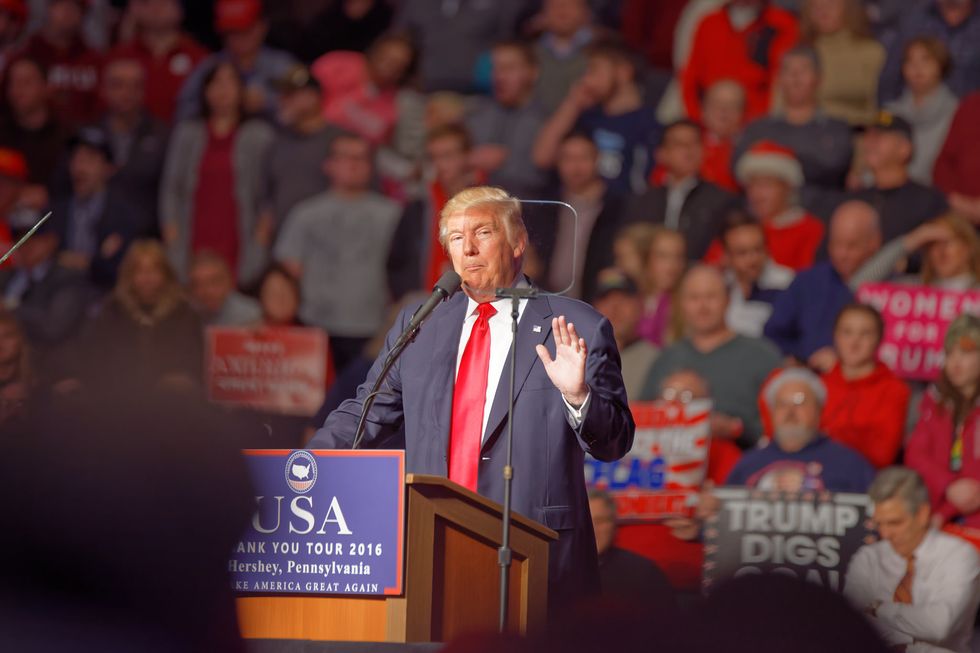 Impeaching President Donald Trump remains the hope and dream of many of his critics, but the fundamental fact remains that as long as he has enough support in the Republican Party, his allies in the Senate will never turn on him. According to conservative writer Jennifer Rubin, though, Trump's own actions risk alienating even his own most fervent supporters.

Of course, Rubin noted that Trump's supporters have already put up with a lot more than many pundits would have thought possible: signs of colluding with Russia, failing to deliver on his Obamacare promises, praising white supremacists, and breaking his word by delivering massive tax breaks to the rich.

"However, where it got sticky for Trump was when he actually hurt his own base," she wrote. "It’s one thing not to make good on an unrealistic promise (cheaper, fairer, better health care for everyone!); it’s another to take money out of their pockets."

Trump's trade war with China has hit many of his core base of support: rural families and farmers, who continue to face financial hardship and uncertainty. The federal government shutdown is only compounding these effects, leaving workers furloughed and without pay, which strains the local businesses and communities that depend on these income sources and services.

"Working-class people understand in a very personal way that Trump really doesn’t care about them," she said. "When Trump’s voters finally get hit, then they may finally abandon him."

We might hope that these supporters would be concerned when Trump was hurting other people — neglecting Puerto Rico after Hurrican Maria, tearing apart immigrant families, or enthusiastically supporting the murderous Saudi Arabian regime. But these incidents, it seems, didn't do much to damage Trump's standing among his faithful.

Now that Trump's recklessness is hurting the people who actually thought he cared about him, though, things might be different, Rubin argued:

Trump’s defenders should see some blinking red lights ahead. If the shutdown continues, if the trade war drags on and, worst of all, if the economy does backslide, Trump’s base may flee in greater numbers. This should be instructive for Democrats: Focus on the workers whom Trump won’t allow to be paid, reach out to farmers whose income Trump slashed and present the sort of economic program that Trump could have followed to great success. Call it fairness or justice or whatever you please. It is now plain for all to see that the one most responsible for rigging the system against ordinary Americans is Trump.

With Trump receiving the bulk of the blame for the shutdown, it's hard to imagine he'll be able to escape taking a hit for its negative consequences, which are likely to balloon. And though it's unclear at this point how the shutdown will end, it seems unlikely Trump will end up getting much of the funding for the wall that he so desperately wants. If the government reopens and Trump didn't even get the money he was demanding, the whole ordeal will seem pointless. Even the most die-hard Trump voters will struggle to spin that outcome in a favorable light.