Trump's anti-NATO views are getting torn apart in Congress 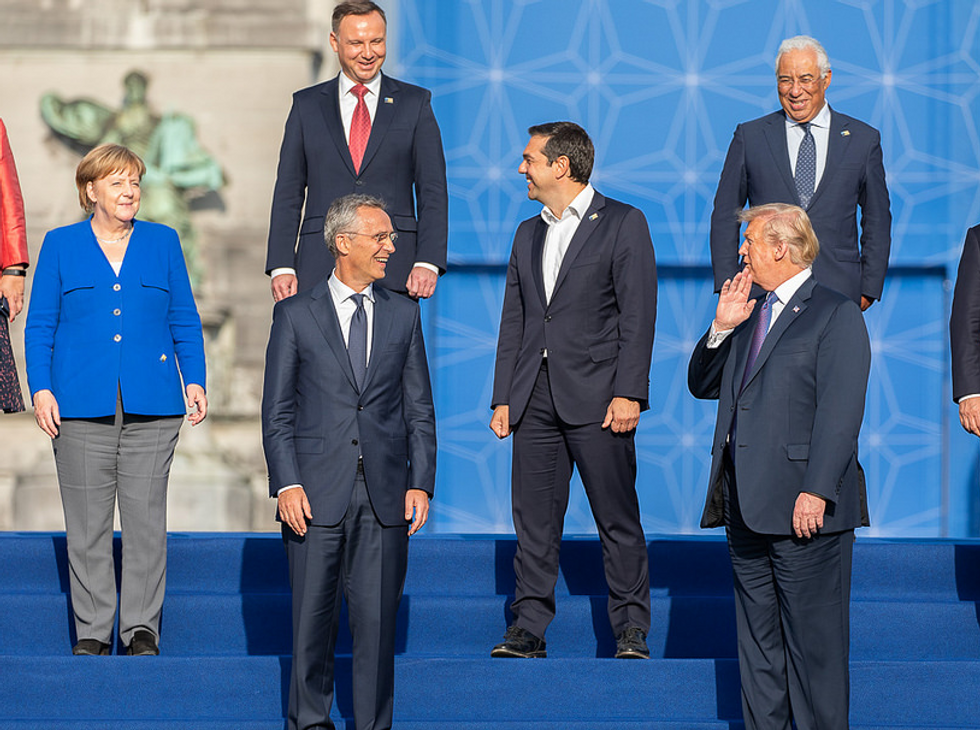 Donald Trump will go down in history as the first U.S. president who was openly hostile to the North Atlantic Treaty Organization. More than once in 2018, President Trump described NATO as a financial burden on the United States — and earlier this month, the New York Times reported that in private conversations, Trump had expressed a desire to withdraw from NATO altogether.

But on January 22, the House of Representatives voted overwhelmingly to keep the U.S. in NATO.

The House, under Speaker Nancy Pelosi’s leadership, has had a Democratic majority since January 3 (Democrats enjoyed a net gain of 40 seats in the House in the 2018 midterms). But the pro-NATO bill enjoyed bipartisan support, with 357 House members voting for it and only 22 voting against it.

Although the bill was sponsored by a combination of Democrats and Republicans, it encountered some resistance in the GOP’s far-right House Freedom Caucus. North Carolina Rep. Mark Meadows, who heads the Freedom Caucus, was among the Republicans who voted against the measure. But overall, the House vote enthusiastically reaffirmed the United States’ commitment to NATO and sent Trump a strong message that leaving the 70-year-old organization shouldn’t be considered.

In an official statement, Kaine asserted, “President Trump’s repeated threats to withdraw from NATO are dangerous. Our NATO allies have fought alongside our troops since World War II, yet President Trump disparages these nations and cozies up to our adversaries.”

Some Republicans have been highly critical of Trump’s anti- NATO comments, including neocon Bill Kristol (formerly of the now-defunct Weekly Standard) and the late Sen. John McCain. But others have praised Trump’s anti-NATO views, including paleoconservative Patrick Buchanan — whose isolationist “America first” message has been a major influence on Trump’s presidency. In a Jan. 18 column, Buchanan asserted that it was time for the U.S. to rethink its NATO membership.

2019 marks the 70th anniversary of NATO, which was founded in 1949 —  only four years after the end of World War II. After the horrors and devastation of two world wars, President Harry Truman and his European allies saw the need for a strong military alliance between North America and Europe.

According to Article 5 of the NATO Charter, an attack on one NATO member is considered an attack on all NATO members. Article 5 was never invoked during the Cold War, but it was invoked for the first time after the al-Qaeda terrorist attacks on the World Trade Center and the Pentagon on September 11, 2001.