Trump's AG pick says he will not recuse himself from Mueller probe: 'I make the decision' 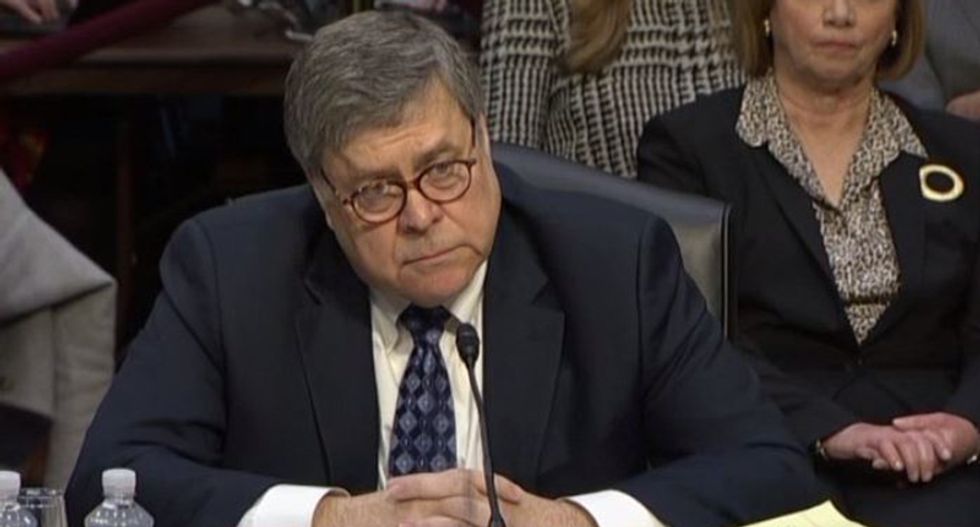 William Barr, President Donald Trump's handpicked nominee to become Attorney General, has just said he would not commit to recusing himself from overseeing the Mueller investigation. Like the current Acting Attorney General Matthew Whitaker, Barr said he would consult with the Dept. of Justice ethics officials but would make the decision to recuse himself.

"Under the regulations, I make the decision," Barr said emphatically.

Whitaker was advised to recuse by DOJ ethics officials but chose to ignore them.

Barr’s commitment to seek but not necessarily follow the advice of ethics officials is the Whitaker standard and fa… https://t.co/8ggNdUrl5c
— Matthew Miller (@Matthew Miller)1547567390.0

Monday night Miller also said, "There is no world in which he doesn’t need to recuse."

The details of this are stunning. In addition to discussing his memo with Trump’s personal attorneys, Barr also sha… https://t.co/KlnmJbRgRg
— Matthew Miller (@Matthew Miller)1547509696.0

Former chief White House ethics lawyer Richard Painter says "Barr has no choice but to recuse from the Russia investigation."

Under these circumstances Barr has no choice but to recuse from the Russia investigation. He has been appointed by… https://t.co/z1yk2T3xVZ
— Richard W. Painter (@Richard W. Painter)1547565027.0

Watch Barr's remarks on not recusing:

William Barr refuses to commit to taking the advice of ethics officials within the DoJ if they recommend he should… https://t.co/HAwm6GQHsY
— Amee Vanderpool (@Amee Vanderpool)1547567731.0