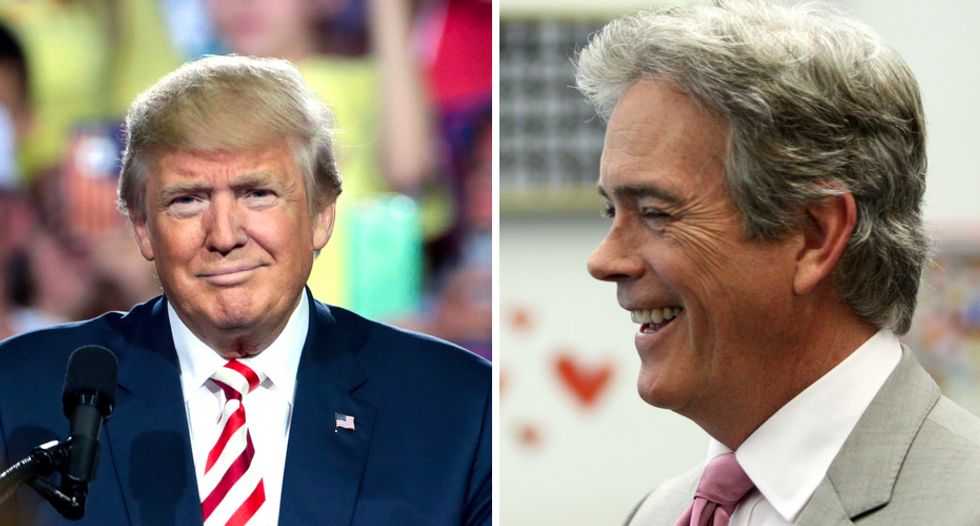 resident Donald Trump railed against his favorite news channel on Sunday, accusing two Fox News journalists of being "less understanding" of his long-promised "wall" along the U.S.-Mexico border than his frequent media targets CNN and NBC.

"Never thought I'd say this but I think @johnrobertsFox and @GillianHTurner @FoxNews have been less understanding of the Wall negotiations than the folks at FAKE NEWS CNN & NBC!" Trump tweeted, referring to the network's chief White House correspondent John Roberts and Washington correspondent Gillian Turner.

Roberts filled in for Fox News anchor Chris Wallace on "Fox News Sunday," while Turner was part of the discussion on the show.

"Look at the final results! Don't know how my poll numbers are so good, especially up 19% with Hispanics?" Trump continued, citing out of context a NPR/PBS NewsHour/Marist poll that was published earlier this month. The survey found that 50 percent of Latino adults approve of Trump's job as president — a 19 percent increase since December.

Barbara Carvalho, the director of the poll, told PBS that the survey looked at Americans as a whole rather than Latinos, specifically, so the president's claim about his popularity with Latinos was not "placed in context." Only 153 Latino Americans were interviewed for the poll, according to PBS, so the sample size of Latino respondents had a "wide" margin of error of 9.9 percentage points, Carvalho said.

"We're really not looking to draw conclusions about what smaller subgroups within the population feel," Carvalho said.

In a second tweet, the president wrote, "After all that I have done for the Military, our great Veterans, Judges (99), Justices (2), Tax & Regulation Cuts, the Economy, Energy, Trade & MUCH MORE, does anybody really think I won't build the WALL?"

The president's tweets come just days after the president and congressional Democrats reached a deal to reopen the government for three weeks until Feb. 15, while negotiations continue over border security and a spending package that includes the $5.7 billion the commander-in-chief has claimed is necessary to construct a "wall" along the U.S.-Mexico border. The shutdown, which began shortly before the Christmas holiday and entered into its 34th day Friday, became the longest budget impasse in U.S. history.

The agreement marks a significant victory for House Speaker Nancy Pelosi (D-Calif.), who has previously advocated for opening the government amid ongoing negotiations about border security. It also marks a pivotal reversal for Trump, who previously said he would veto any bill that does not include border wall funding and threatened to declare a national emergency if Democrats do not budge.