Trump may declare emergency ‘as soon as next week’ before shutdown tanks the economy: Fox Business 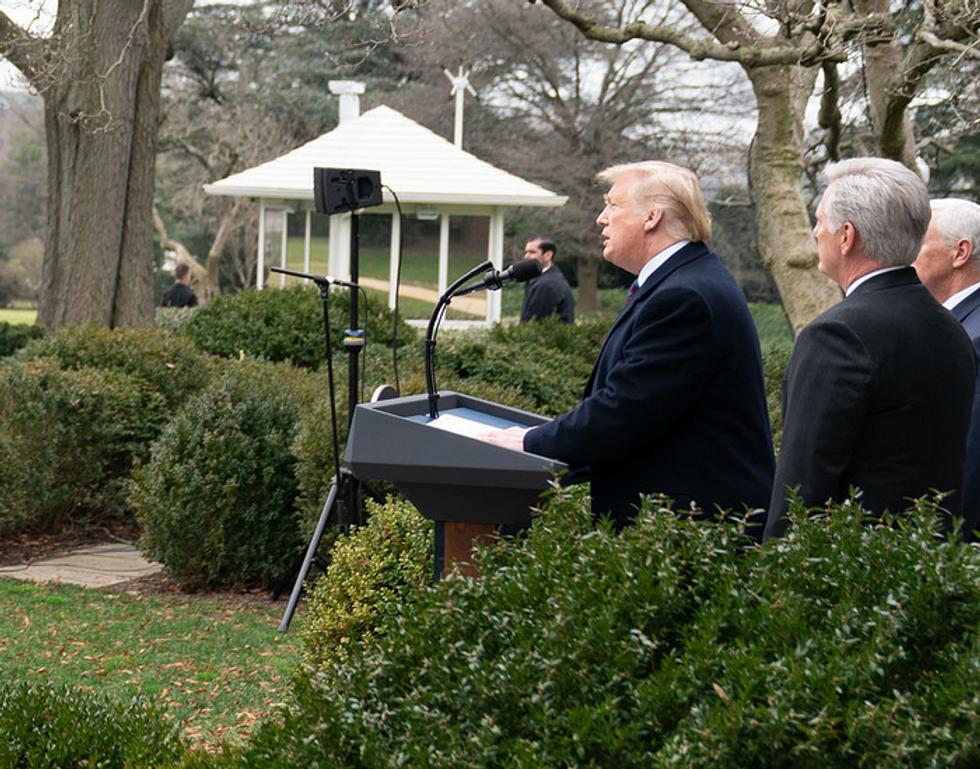 Fox Business’s Charles Gasparino is reporting that White House officials are now starting to worry that President Donald Trump’s government shutdown is going to hurt the American economy, and are thus preparing to issue an emergency order to build the president’s border wall within the next several days.