Trump Jr. calls immigrants animals — and likens border wall to one used at a zoos 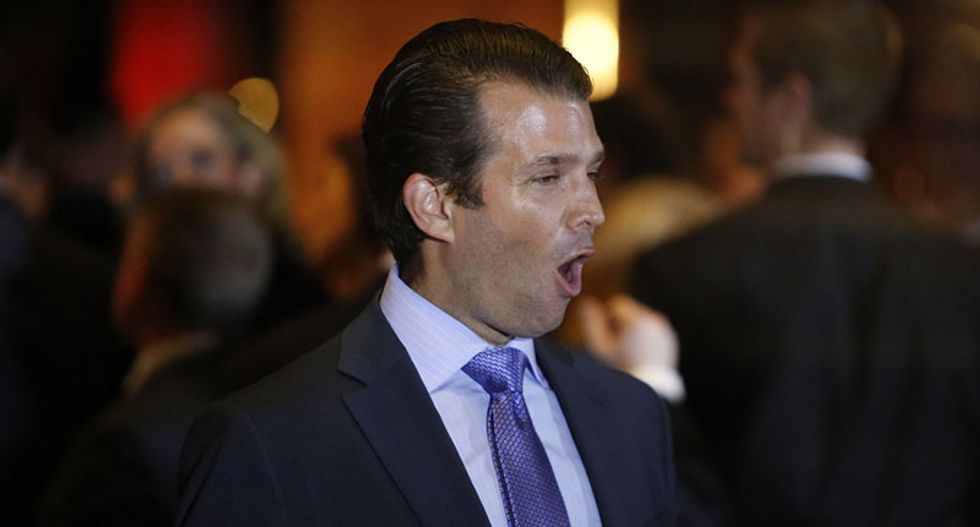 You know why you can enjoy a day at the zoo?

Get it? You need walls to keep out animals, like immigrants coming to this country who aren’t white and German. They’re animals. You know, like colonial-era racist ideology. I can’t wait to see Junior’s future posts about phrenology discoveries.

Junior has since taken down the post because optics, maybe? Considering how openly racist, ignorant, cruel, corrupt, awful, dumb, and petty the members of this administration and their family members are, I really don’t see what public relations they think they are protecting.