'Trump all day': Kanye West is back with his irreverent and bizarre political commentary — after saying he'd left it behind 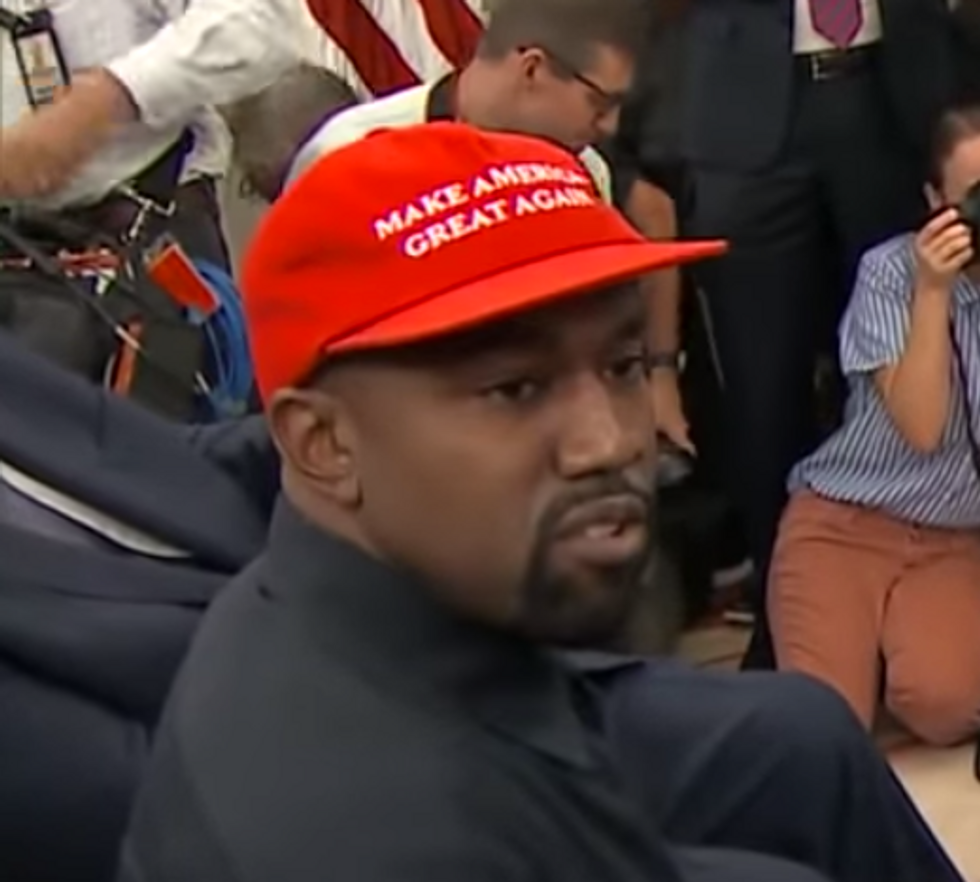 A few weeks after his meeting with President Donald Trump in the Oval Office in October, Kanye West declared that he was “distancing myself from politics” and would be “completely focusing on being creative.” But in 2019, the hip-hop superstar is making political statements again—and his early January posts on Twitter have reaffirmed his support for Trump.

On New Year’s Day, West tweeted, “Trump all day.” And he vowed to wear his Make America Great Again when performing.

West stressed that being African-American doesn’t mean he is obligated to oppose Trump or vote for Democrats.

“One of my favorite of many things about what the Trump hat represents to me is that people can’t tell me what to do because I’m black,” West declared in one of the tweets. And in a separate tweet, he posted, “Blacks are 90% Democrats. That sounds like control to me.”

In another tweet, West wrote that Democrats “will not control me.”

Nonetheless, West distanced himself the Blexit movement that African-American conservative Candace Owens launched in October. Blexit was a wordplay on Brexit, the United Kingdom’s movement to leave the European Union; Owens urged fellow African-Africans to leave the Democratic Party and register as Republicans. But her movement hasn’t gotten very far, as only a minority of black voters are registered Republicans.

Trump has had a complex relationship with the hip-hop community over the years. Before he ran for president in 2015/2016, Trump’s name was often invoked in hip-hop as a symbol of financial success—for example, Atlanta rapper Jeezy in 2011’s “Trump,” the duo Rae Sremmurd in 2014’s “Up Like Trump” and the late Pittsburgh rapper Mac Miller in 2014’s “Donald Trump.” And on September 14, 2012—four years before he was elected president—Trump tweeted, “Oh no, another rapper doing a Trump song – ‘Young Jeezy’ Trump Lyrics.’ Why aren’t these guys paying me?”

But with Trump having associated himself with far-right politics, he has been the target of vehement criticism from Jay-Z, Snoop Dogg, Eminem and other rappers. And West’s ongoing support of Trump has been controversial in the hip-hop community.