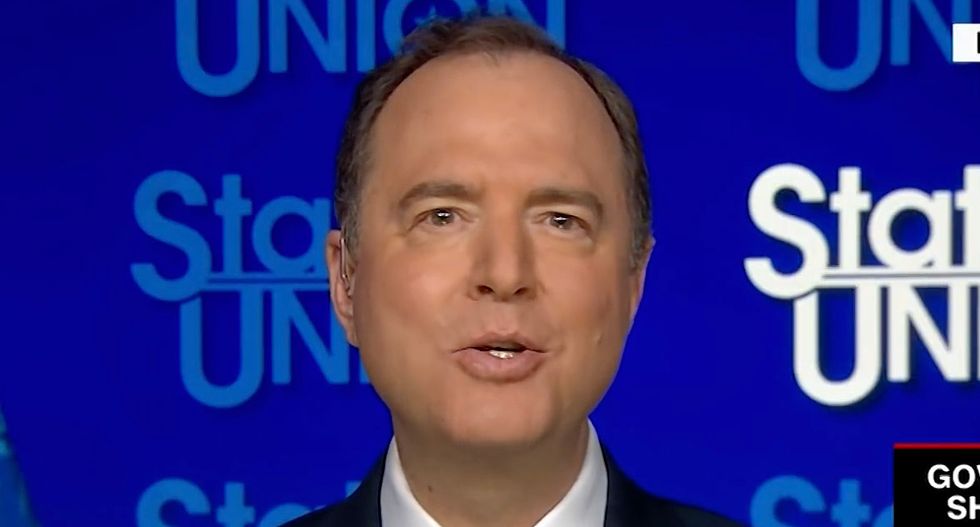 Representative Adam Schiff (R-CA), speaking on CNN's State of the Union, declared that President Trump's insistence that he may invoke "emergency powers" to secure funding and construction of a southern border wall a "non-starter."

"Look, if Harry Truman couldn't nationalize the steel industry during wartime, this president does have the power to declare an emergency and build a multi-billion-dollar wall on the border," said Schiff.

"So, that's a non-starter," Schiff added.

Truman was unable to nationalize steel mills during the Korean war during a labor strike on the mills, though both Lincoln and Franklin Roosevelt did use emergency powers to suspend habeas corpus without Congressional approval and to place Japanese-Americans in internment camps, respectively.

Schiff instead insists that the president move to end the government shutdown amiably.

"I think what the president needs to do more than anything else; he's painted himself into a corner on this thing, is figure out how he un-paints himself from that corner. we need to reopen the government, we need to put people back to work."

Schiff then echoed the words of Senator Doug Jones (D-AL), who was on the same program before Schiff, who called the shutdown "political posturing."

The current government shutdown is currently in its 15th day, with no clear end in sight.