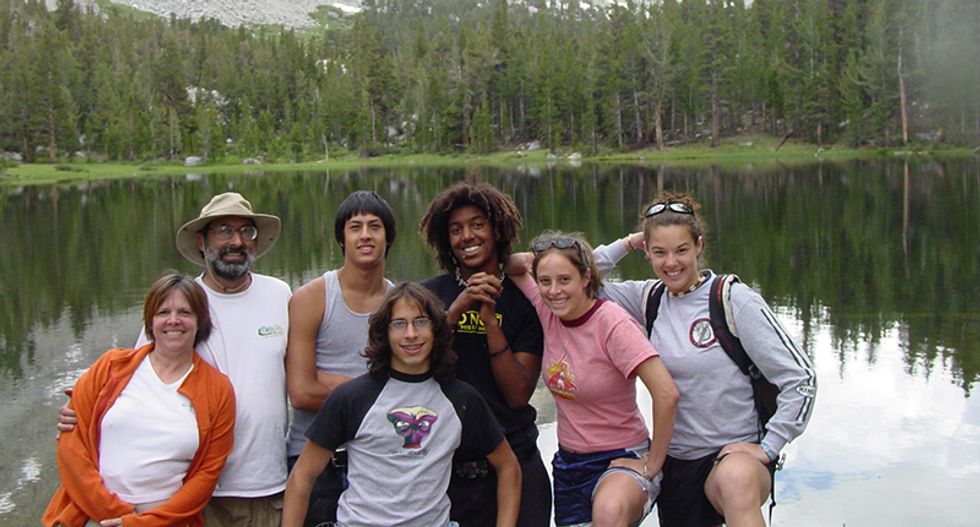 Have you ever met someone who was sweet and kind and funny and had almost nothing in common with you? I’d place Arlene in that box—constantly asking if I would like anything to eat or drink, making dopey jokes that were often self-deprecating, and regularly using profanity to punctuate points. She also had an infectious “playground” laugh. Where we differed, and significantly, were in our respective pedigrees. She was the child of a once-famous Hollywood actress, had dated a duke, and had once made out with an Oscar winner.

I met with Arlene at her house in California’s Central Valley. A three-time lender of zero interest peer-to-peer loans at the time of our interview, Arlene had been in finance before retiring. She admitted to wishing she had taken a different, albeit related, career path. “If crowdfunding would have been a thing 20 years ago, I would have gladly shifted jobs.”

Not long into the conversation, Arlene dropped the following comment: “Money doesn’t have to make you a prick.” Initially, I was not sure whether she was defending her well-to-do upbringing or commenting about something else. Turns out she was making a positive point about peer-to-peer lending.

Her point is well-taken; money is correlated with unsociable outcomes. This is not a social commentary about people who have a lot of money. The mere presence of money, even the thought of it in some instances, can make you, well, a prick.

The first research I am aware of on this subject dates back to 2006, when Kathleen Vohs, at the University of Minnesota’s Carlson School of Management, and her colleagues published an article titled “The Psychological Consequences of Money” in the journal Science.

In one study, participants were primed by the presence of a large pile of Monopoly money. Those exposed to the play money were less willing to help someone who “accidentally” spilled a box of pencils. In another scenario, participants were asked to fill out questionnaires while seated in front of a computer monitor with a screen saver that depicted either money floating or fish swimming. Exposure to the floating cash reduced participants’ willingness to work in a team and resulted in their seeing themselves as having less in common with the other participants. Vohs and her collaborators even tried having their subjects unscramble phrases that included words such as “salary” while a control group worked with nonmonetary terms. These seemingly mundane tasks reproduced similar outcomes. The nonmoney group spent an average of three minutes on a difficult puzzle before reaching out for help, while members of the money group plodded away for more than five minutes. Those who unscrambled nonmonetary phrases also spent, on average, roughly twice as much time helping a struggling peer with the puzzle than did those who had been primed to think about money. These findings have since been replicated through a number of other experimental designs.

Arlene pretty much nailed it with the “prick” comment.

Unfortunately, the research does not consider whether people using sharing platforms respond differently when in the presence of money. Arlene would argue that they would act differently, or at least could; after all, not all sharing platforms are the same. I would tend to agree. I have talked with enough people experimenting with sharing to say some of these practices most definitely have that potential.

Arlene again: “It isn’t money per se that’s alienating but how it tends to be exchanged in today’s economy. Money has become a proxy, a substitute, for social relationships, whereas with peer-to-peer lending it is a vehicle that amplifies community engagement.” Arlene was speaking to points made earlier about the creation of an economy that takes care of its entire household—oikonomika. This stands in contrast to conventional markets, which turn you into … well, you know.

Arlene spent a lot of time talking about her experiences with peer-to-peer lending and why she would have “gladly” left her job as a financial planner for a career in crowdfunding small businesses. She also told me stories from her financial planning days—four, actually. While the characters differed, the story arc was always the same. An individual with high-minded aspirations visits her office to plan for his or her retirement and expresses clear wishes about which sectors to avoid investing in. She mentioned one guy, for instance, who was “initially gung-ho about social justice” and gave her clear directions to avoid making investments in Big Food and Big Pharma companies. But after a year or two, the clients all started leaving those convictions at the door. “It doesn’t take long for someone to look at their statements and start seeing only money. Injustices aren’t exactly spelled out in annual investment reports.” Sounding incredulous, Arlene added, “I was helping people sell out.”

With that, she looked me squarely in the eyes. Shrugging her shoulders as if to say, “I told you so,” she continued, “That’s what happens when people get close to money and not to the people behind it.”

This does not happen as easily when money is rooted in one’s community.

A few minutes later in the conversation, Arlene got up, walked over to a nearby closet, and disappeared for a few seconds. Emerging holding a purse, she returned to her seat and set it on her lap. Releasing the two clasps—click, click—she opened it and pulled out a bright red wallet from which she produced three pictures. “No way,” I remember thinking. Setting them down on the table between us, she pointed to one with a woman standing behind one of those old-timey cash registers. Pushing the photo toward me with her index finger, she added, “Lending that comes from a community never stops being part of that community, you see?”

I am not sure I really did see at the time. But I think I do now. Lenders rallying their Facebook friends to eat at the establishment their loan is helping to support; lenders and borrowers with pictures on their desks or in their wallets of peers at the other “end” of the exchange, all smiles, positioned next to school photos of their kids; people with annual incomes well south of the nation’s average (the average income in the United States in 2016 was $50,756) participating in these arrangements; businesses in search of social dividends and not just financial rewards: that’s community lending.

Lending that comes from a community never stops being part of that community, you see? I do now, Arlene.

Excerpted from The Food Sharing Revolution: How Start-Ups, Pop-Ups, and Co-Ops Are Changing the Way We Eat by Michael Carolan. Copyright © 2018 Michael Carolan. Reproduced by permission of Island Press, Washington, D.C.