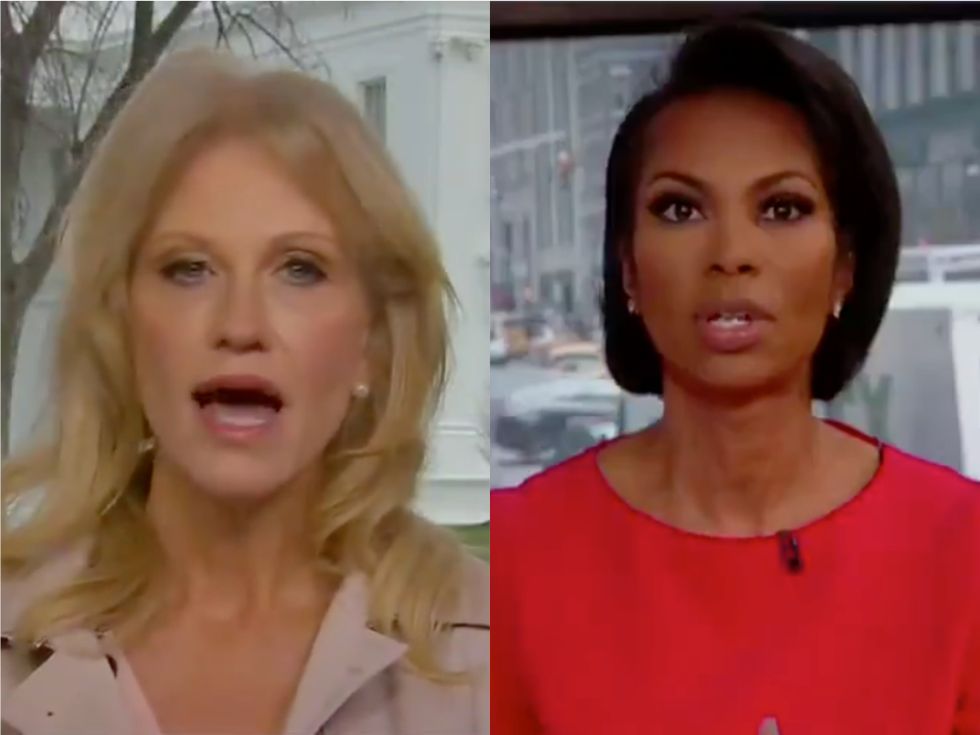 Fox News is typically willing to carry a lot of water for the White House's most delusional and self-defeating schemes, so the signs emerging Wednesday that it has doubts about the ongoing government shutdown strategy should be taken as a flashing warning sign for President Donald Trump.

Host Harris Faulkner repeatedly rebutted the GOP's shutdown spin Wednesday while talking to top Republicans — and she did not seem impressed with the administration's attempts to defend the tactic.

Speaking with Kellyanne Conway, Faulkner pointed out that, despite the conservative talking points claiming that damage from the shutdown is minimal, the lost income because of the halted funding is substantial.

"800,00 people hurting," she said. "The president signing legislation that they'll get back pay — but many of those contractors in the constellation around the government workers will not get that pay. That is traditionally how it works, and they are going without. So this is a broadened swath of people who are damaged as the government is shut down. If the president is given something that both houses of Congress agree on, will he sign it?"

"It depends what it says," said Conway. "He obviously has said that he wants people to be paid. And that they will be paid —"

"Yeah, we got that," said Faulkner, cutting her off. "But will he sign something that doesn't have border wall funding as we get late, late, late in the game now?"

"Harris, but that's not realistic! I'm sorry, respectfully," said Conway, but she didn't explain what she meant was unrealistic.

Later Sen. Rick Scott (R-FL) complained that Congress "is not working," saying that lawmakers shouldn't get paid if a budget isn't passed.