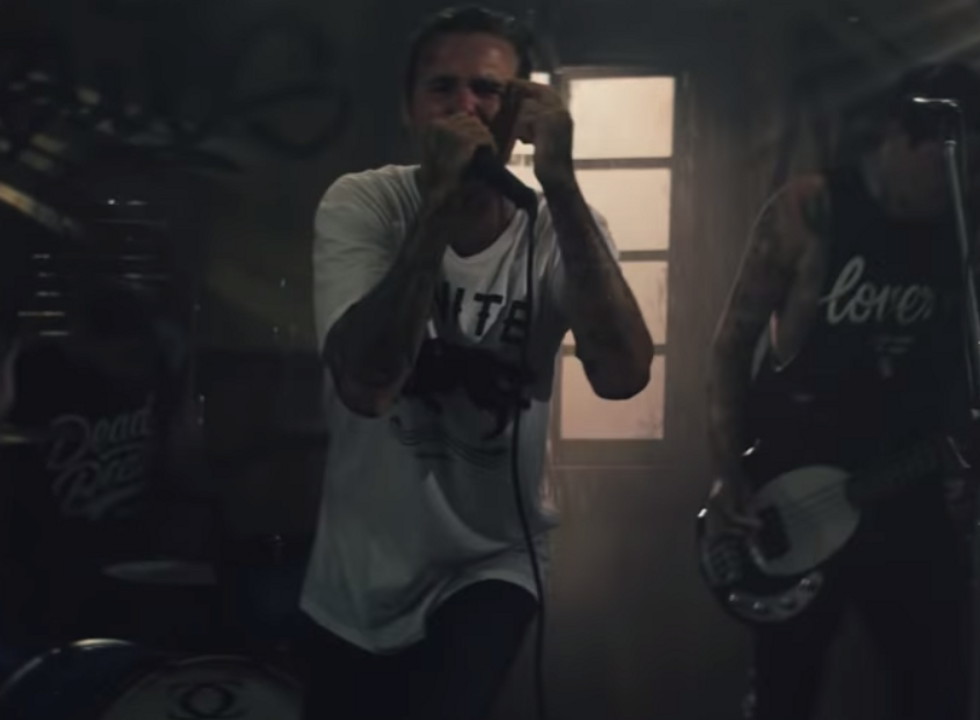 When the Australian metalcore band the Amity Affliction performed a Saturday night show in Las Vegas on January 5, one of the men in the audience, Degan Palmer, wore a t-shirt favorable to President Donald Trump—and after telling the man off during the show, singer Joel Birch discussed the incident on Twitter.

In a January 6 tweet, Birch posted, “What I said tonight was much more balanced than I could have been, and wanted to be. Just like I wouldn’t wear an atheist tee to church, I expect people to exercise a certain decorum when attending our shows. Music has forever been a safe haven for me, and I want our shows to be a safe haven for others.”

Birch also tweeted, “You can believe whatever you want to believe while you are outside the venue, but don’t you DARE bring your negative energy inside to intimidate and cause discomfort to others. I wish you didn’t like our band. I wish you hadn’t come to the show.”

In response, Palmer insulted Birch on Twitter, calling him a “loser” and a “libtard” who was upset “all because I wore a Trump jersey.” And Birch responded, “This is the guy. As you can see, a level headed speech followed by a level headed tweet lands me being called a loser, asshole, and libtard. This is why you’re not worth time. I won’t even bother blocking you, as you’re so determined to argue that you make new accounts.”

Las Vegas resident Garrett Russell also weighed in on the incident on Twitter, posting that Palmer “got pissed” because of audience members wearing “Heal Us” shirts. According to Russell, Palmer “started screaming in anger” and referred to others in the audience as “cucks”—a popular insult on the alt-right.

Birch has been with the Amity Affliction throughout most of its 16-year history. The band (whose music combines metal and punk elements) was formed in Queensland (Australia’s second largest state) in 2003, and Birch joined the following year.