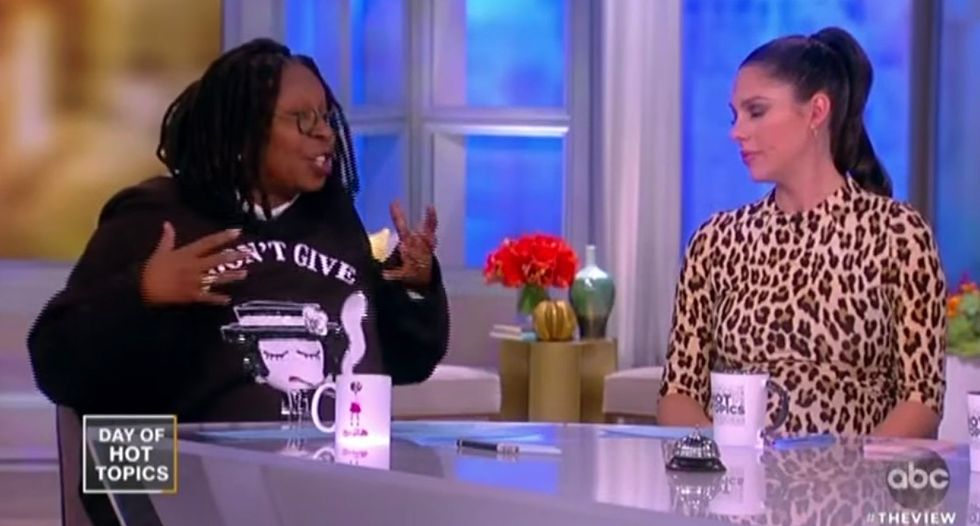 “The View” co-host Abby Huntsman blamed the ongoing government shutdown on partisanship on both sides — but host Whoopi Goldberg set her straight.

The conservative Huntsman lamented that both the Democrats and Republicans were splintered by political disputes within their own parties, and she argued that had contributed to the shutdown.

“There’s disagreement in both parties right now,” she said. “Republicans are having their issues, too. I actually love it when there’s a strong Republican and Democratic Party because that’s when the country is at its best, and we can have real disagreements. The problem is both parties are so split up because everyone is playing politics.”

That’s when Goldberg stepped in to correct her, and pinned the blame squarely on President Donald Trump.

“It’s shut down because a man said to his people, America, you are not going to have to pay for this, this is not your issue — Mexico is going (to pay for it),” said Goldberg, who’s battling a sore throat.

“That’s why the shutdown is happening, because this is a guy who can’t say, ‘Okay, I over-spoke,'” she added. “I couldn’t make Mexico do what I thought I could make them do. I think had he done that, he might have had a better shot at having people talk to him a different way.”

Huntsman argued that Democrats had been willing to pay for border security a year ago, but co-host Sunny Hostin said that wasn’t the same as a border wall.