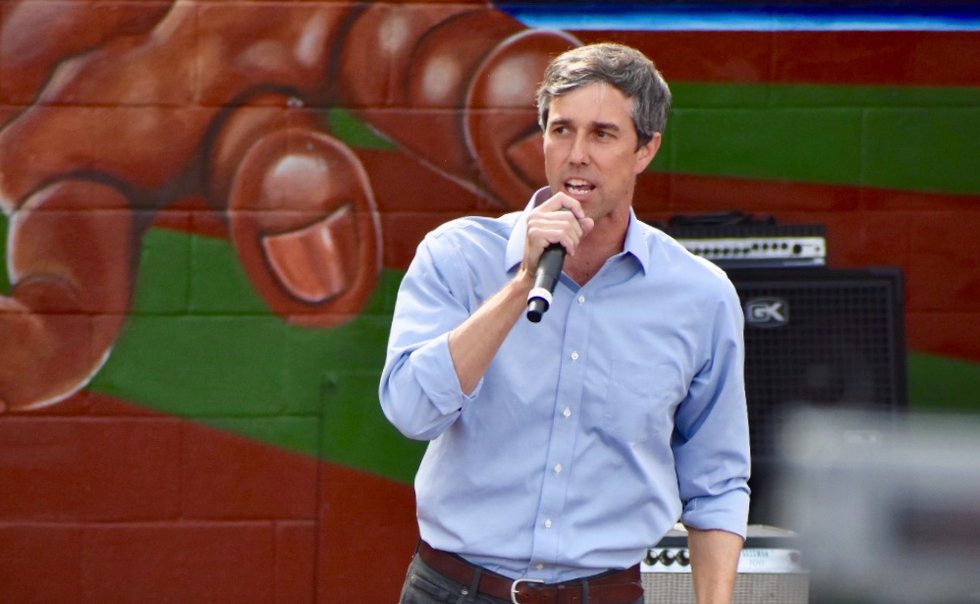 What lessons can we progressives take from our ballot box wins last year (and for that matter, from our losses)? What can we do to build on these victories and produce more in this year's elections — and in 2020?

We must assess this broad strategy ourselves, for most of today's mainline political analysts focus solely on "candidate politics." Obviously, we need information about the principals who are asking for our votes, but too much "focus on the candidate" pushes America's election story into the swirling shallows of gossip and puffery while ignoring the bigger, more significant story in 2018: movement politics. Thus, the media reduce our nation's vital democratic exercise to comic book buzzwords like "blue wave" and "red wall," trivializing the extraordinary efforts of the multitudes who are striving to create a progressive future.

New York Times commentator Frank Bruni, for example, even consulted a Harvard professor of evolutionary psychology to develop his novel grasp of last year's voter behavior. Normally a smart guy, he veered off into the psycho-pop ditch, writing after the election that the meteoric rise of such progressive candidates as Andrew Gillum in Florida, Alexandria Ocasio-Cortez in New York and Beto O'Rourke in Texas was attributable to a political quality they share: They're "hot," the scribe explained. More specifically, Bruni diagnosed Gillum and O'Rourke as "hunks," while Ocasio-Cortez's special appeal lay in "her gorgeousness." Then he dismissed the candidates' enthusiastic voters as "fangirls" and "fanboys." The celebrated columnist conceded that his political-pulchritude analysis is shallow, but nonetheless deemed it "honest."

Apparently, the lesson we should take from these candidates is to prioritize hunkiness and gorgeousness in recruiting future progressive candidates. But before we consider adding swimsuit competitions to our endorsement process, let's note that the theory of pretty power only goes so far. While Gillum and O'Rourke ran effective and stunningly close races, they ultimately lost to extremist Republicans Ron DeSantis and Ted Cruz. (I leave it to you readers to characterize the beauty of those two.)

Grassroots participants and some of us less prominent pundits would argue that in 2018, progressive forces prioritized a very different kind of political beauty: genuine democratic populism. Not just in the campaigns of the trio who "soared to fame," as Bruni glibly put it, but in the gritty campaigns of hundreds of national, state and local candidates who took on the odds, the establishment and decades of conventional wisdom to win, or come tantalizingly close. They and their millions of supporters have erected a framework for real change, based on such broadly attractive features as: candidates with authentic economic-social-political principles rather than poll-tested, consultant-designed "positions"; unabashedly progressive policies based not on the preferences of corporate donors but on concern for the Common Good; less arrogance, more humility, including a measure of recognition that the larger democratic movement is more important than any one ego.

This grassroots political movement has come a long way in a hurry. In recent decades, its seeds were planted and nurtured around the country by fair trade battles, Occupy Wall Street, Black Lives Matter, gay marriage successes, the Fight for $15, women's marches, immigrant Dreamers, climate change awakenings, pipeline rebellions and so many other big struggles. But the movement only flowered into a nationwide political force in 2016, when much of it rallied around Bernie Sanders' overtly populist presidential run. While his campaign fell short of electoral victory, it showed that a movement of populist integrity could succeed in advancing progressive candidates, causes and policies. Two years later, the political outsiders who fueled Sanders' campaign had dispersed into hundreds of upstart candidacies, creating the hardy patches of wildflower politics that blossomed in 2018.