The good, the bad, and the ugly: 2018’s 9 biggest global drug policy stories 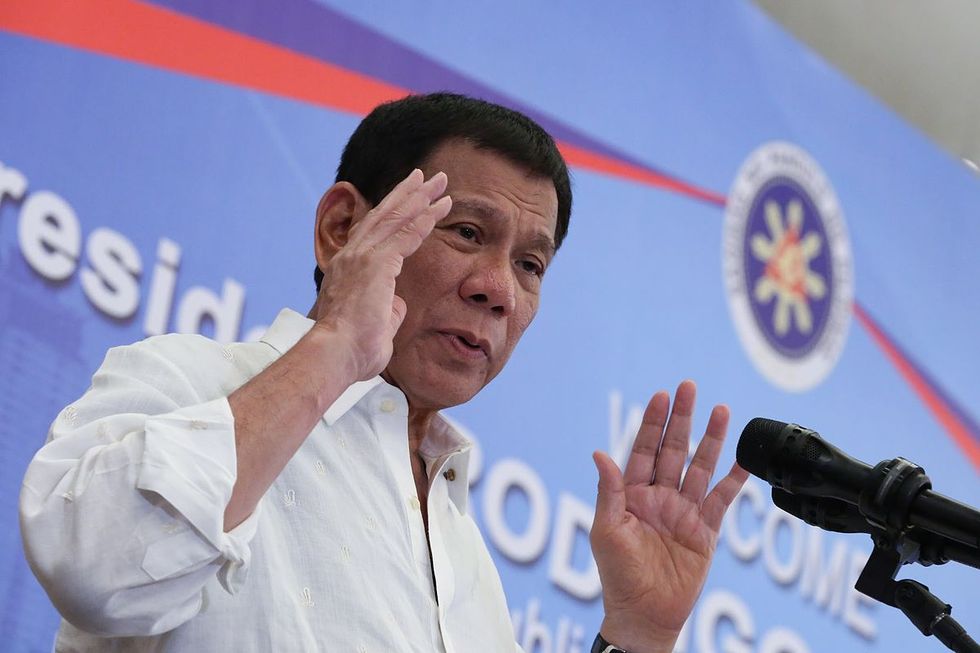 It’s been a year we couldn’t wait to put behind us, but as 2018 comes to an end, we can look back on some advances on the international drug policy front, as well as continued brutal and regressive responses from some quarters. Here are nine of the global drug policy stories that shaped the year, for better or worse:

Early this year, it became official: Iran had reformed its death penalty statutes to radically reduce the number of people facing execution for drug offenses, and it had done so retroactively, saving the lives of thousands already on death row. By mid-year, it was clear that the move was having an impact, as human rights observers reported a 99 percent reduction in drug executions, with only one person being executed for drugs as of June, compared to more than a hundred during the same period in 2017.

Justin Trudeau pledged that after he was elected prime minister, his government would legalize marijuana. It didn’t happen as fast as he would have liked, but the Liberals’ legalization bill passed parliament in June and went into effect on October 17. So far, the sky has not fallen.

The year began with Thailand announcing a plan to allow medical marijuana and ended with Thailand approving it and becoming the first Southeast Asian country to do so. But in the meantime, Israeli pharmacies began selling medical marijuana in April, Zimbabwe legalized it that same month, and Portugal and Luxembourg followed suit in June. In November, Great Britain joined the club, and Greece issued its first medical marijuana production licenses. Late in the year, in South Korea, the National Assembly approved an amendment to the country’s drug laws that will pave the way for the use of medical marijuana by prescription, and New Zealand also approved it in December. Not a bad year for medical marijuana.

The bloody drug war of Philippines President Rodrigo Duterte continued apace in 2018, with a death toll now put at 12,000 (20,000 by some estimates), but Duterte has come under increasing pressure both domestically and internationally. In February, both Amnesty International and Human Rights Watch aimed broadsides at the Philippines even as the International Criminal Court began “preliminary examinations” of whether there is sufficient evidence to bring a case before the court. In March, activists called out drug war human rights abuses at the embassy in Washington, D.C. By July, an unbowed Duterte was vowing to continue a “relentless and chilling” drug war even as national human rights groups said he was using it as a cover for assassinating political opponents. In September, he unleashed an attack on a second drug war critic, Senator Antonio Trillanes, after last year imprisoning critic Senator Leila de Lima on trumped-up drug charges. She is still imprisoned.

Following the lead of the Philippines, other countries in the region have also embraced drug war thuggery and human rights abuses. In May, the Bangladeshi opposition warned of a wave of police killings of drug suspects, and within weeks, more than a hundred were killed and 20,000 arrested, even as evidence emerged that the crackdown was being used to hide political assassinations. The situation was fraught enough that the UN human rights head and even the U.S. State Department expressed concern. Drug war killings were also reported in Indonesia, although there were mixed signals about moves toward reforms there, and Sri Lanka vowed to begin hanging drug dealers. Paradoxically though, a Malaysian court’s imposition of a death sentence on a man for providing cannabis oil to patients now appears to have resulted in a moratorium on the death sentence and could end the death penalty in its entirety in the county.

President Donald Trump was a baleful presence on the global drug policy stage this past year, sympathizing with drug war authoritarians such as Philippines President Rodrigo Duterte and Turkish Prime Minister Recep Tayyip Erdogan, as well as drug death penalty countries such as China and Singapore. He said early in the year he wants to execute all drug dealers and admires the Singapore approach (mandatory death penalty for drug trafficking), a statement that moved more than 150 organizations to condemn his call. At year’s end, he was singing a similar tune with a ghoulish call for more Chinese drug executions. In between, he went to the United Nations to try to gin up a reinvigorated global drug war.

In a case brought by three marijuana users, the country’s Constitutional Court ruled that the private possession, cultivation, and consumption of marijuana is legal. “It will not be a criminal offense for an adult person to use or be in possession of cannabis in private for his or her personal consumption,” Deputy Chief Justice Raymond Zondo wrote in his ruling. It will, however, remain illegal to use cannabis in public and to sell and supply it. The ruling did not set allowable quantities, with the court saying parliament had two years to come up with a new law that reflected the ruling.

Two sexenios (six-year presidential terms) ago, then-President Felipe Calderon unleashed the latest chapter of the country’s drug wars, bringing violence to levels not seen before in the country. Mexico is showing signs it is ready for change. The death toll from prohibition-related violence is higher than ever, and that is impelling a push for change, most notably with the election of Andres Manuel Lopez Obrador, who is very open to finding exits from the drug war, whether it’s legalized opium production in Guerrero, granting amnesty for non-violent drug trafficking offenders, or legalizing marijuana. And speaking of legalizing marijuana, the Mexican Supreme Court in November struck down the ban on marijuana possession, cultivation, and use. Now, Lopez Obrador’s governing MORENA Party has filed a bill to legalize marijuana sales. Tackling the violence may be a bit more difficult.

Efforts to reduce coca cultivation and cocaine production in Colombia after the peace agreement with the FARC rebels have not gone well, and that’s causing rising worry in Washington. In June, the UN Office on Drugs and Crime reported that 2017 production was at an all-time high, prompting expressions of concern from the drug czar’s office and support from President Trump for new rightist Colombian President Ivan Duque’s “head-on fight against drug trafficking.” That could include a renewed resort to aerial fumigation, even drones, as well as forced eradication of coca crops, leading to renewed conflict in cultivation zones. Meanwhile, cocaine is now the third leading cause of drug overdose deaths, trailing only fentanyl and heroin.

This article was produced by Drug Reporter, a project of the Independent Media Institute, in coordination with StoptheDrugWar.org and the Drug War Chronicle.