The Cuban Revolution, 60 years on 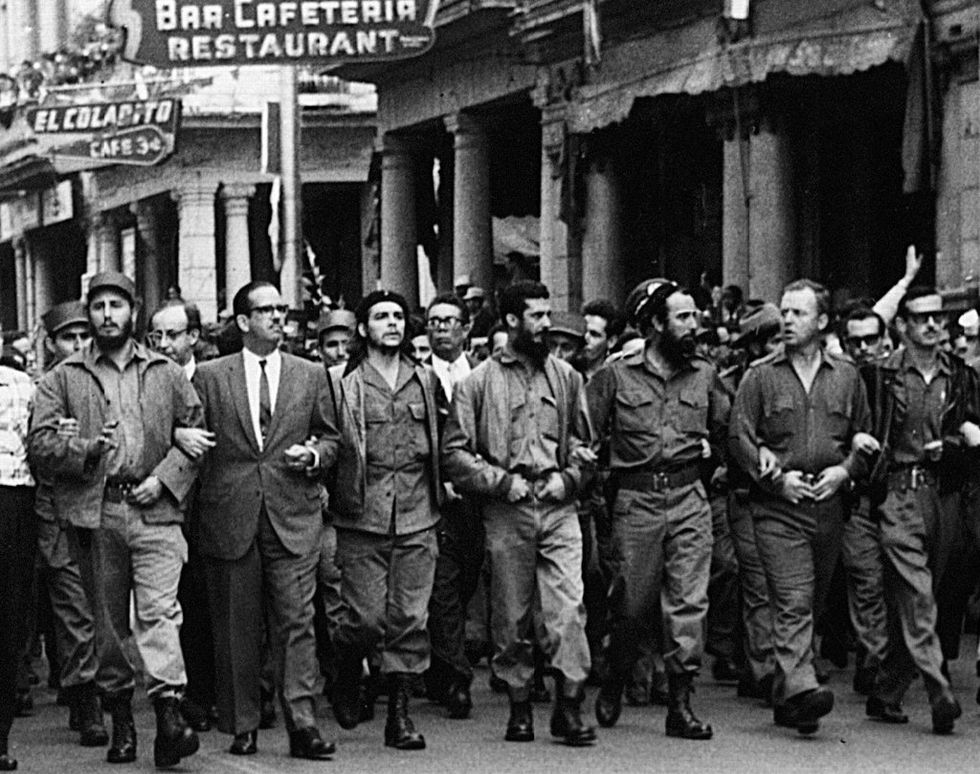 Early on New Year’s Day 1959—60 years ago—Cuba’s dictator Fulgencio Batista boarded a flight for the Dominican Republic. The previous day, Batista had bragged that his forces had won the decisive Battle of Santa Clara. The morning newspapers printed his side of the story. It was false. Che Guevara’s band of troops in Column 8 had taken the town and derailed a train filled with Batista’s U.S.-backed forces.

Batista had enough armed men to crush the rebels. But his soldiers had no morale. They hated the dictator as much as the rebels did. It was part of the charm of the rebellion that it had more legitimacy than the old dictator ever had. By the time Fidel Castro rolled into Havana on January 8, Cuba was with him.

Batista had fled with the money. With him went the property owners and many of the highly skilled professionals. Cuba was left with its debt and with the tentacles of multinational corporations dug deep into its entrails. Castro’s forces had to pivot from an armed struggle to building a state. Driven by the deep desire for equality, the new government used what social wealth was available to enhance human potential.

A CIA assessment of Castro’s first year in office admits that “the bulk of the Cuban people, especially those in the lowest economic strata, continue their strong emotional attachment to him,” namely Castro. “His virtual monopoly of plans for social and economic reform, which the majority of Cubans regard as desirable and necessary, also enhances his position.”

Nonetheless, the United States government pointed the spear at Cuba, particularly at Castro. The CIA teamed up with the mafia to assassinate Castro several times in 1960, failing with each attempt. Over time, the CIA would try to kill Castro over 600 times. Castro died in 2016 at the age of 90. He outlived many of those who had tried to kill him. The Cuban revolution also outlived millions of its detractors.

The United States remains pledged to overthrow the Cuban government, despite moves by the former U.S. President Barack Obama. U.S. President Donald Trump has openly called for regime change on the island. His national security adviser John Bolton has said that the “troika of tyranny” (Cuba, Nicaragua, Venezuela) will face U.S. pressure—either sanctions or war. Over six decades the United States has tried to undermine the will of the Cuban people. It continues to do so.

Bread often sits at the center of unrest. Early modern rebellions—the Novgorod Uprising of 1650 and the Boston Bread Riots of 1710-1713—were all spurred on by the rise in the price of bread. The French Revolution begins with the Flour War of 1775 and cascades into the Women’s March on Versailles of 1789. In our time, the food crisis of 2007-08 produced protests from Bangladesh to Haiti, while the Arab Spring of 2010-11 was driven by the withdrawal of bread subsidies—particularly in Egypt.

Cuba had an endemic problem with wheat, almost all of it which has been imported to the island. The USSR and Canada were the main exporters of wheat to Cuba, although in 1988—just before the USSR collapsed—all of Cuba’s flour imports came from the Soviet Union.

The fall of the USSR dried up the trade in sugar (to the USSR) and flour (to Cuba). At the Fourth Party Congress in September 1991, Castro told his comrades that the collapsing USSR had been unable to fulfill 42 percent of its contracts. This impacted upgrades to machinery and delivery of flour to bakeries. The USSR and the Eastern European countries, which had previously provided their ships to carry Cuban produce (citrus, sugar) to Europe and to the USSR on a solidarity basis, now asked for payment in hard currency. This was impossible for Cuba.

The U.S. embargo hardened, and Cuba was increasingly isolated. I remember those years vividly. In far-off India, the Communists went from door to door asking farmers to donate a handful of wheat and rice, a few clothes and unused medicines. From the fields of Punjab to the backwaters of Kerala, ordinary people handed over something to defend this little island at the other end of the planet. I was then in Punjab, participating in the collection drive, which was monumental.

In December 1992, the Caribbean Princess departed from West Bengal for Cuba with 10,000 tons of wheat and 10,000 tons of rice as well as other goods. Communist Party of India (Marxist) leaders Harkishan Singh Surjeet and M.A. Baby traveled to Havana to deliver the food. Fidel called the bread made of this wheat the “bread from India.” It was a gesture of solidarity, but not a solution to Cuba’s endemic crisis.

Cuba’s Economy Minister Alejandro Gil Fernandez told the National Assembly that the 2019 plan will have to be “one of adjustment to current realities.” What are the contours of this reality?

First, the U.S. blockade, which has tightened under Trump. Trump has openly invoked the Monroe Doctrine, which the U.S. interprets as giving it extraterritorial control over the Americas. He has tightened the embargo on Cuba, particularly on its financial system. This has made banks hesitate to lend money to Cuba, or to renegotiate its outstanding loans. No longer is Cuba easily able to borrow credit or buy wheat on the open market. As a consequence, for example, Cuba has been unable to pay its debt to Brazil—whose incoming right-wing president will most likely use that failure to pay down the $597 million loan from BNDES (Brazilian Development Bank) as a weapon against the socialist island. The “financial persecution” of the U.S. embargo—as Cuba’s President Miguel Díaz-Canel put it to the National Assembly—has meant that Cuba cannot raise the funds easily to import wheat and bread.

Second, the embargo itself has—since the fall of the USSR—made it difficult to repair and replace key machinery. The La Kary biscuit factory (founded in 1945) had used machinery that was first introduced in the 1980s. This May, the machines broke down and the biscuit factory had to remain closed while the workers struggled to bring it back on line by September. The new machine bakes twice the number of biscuits as the older one. Other factories and bakeries struggle with aged machines. The José Antonio Echeverria flour mill in Havana has broken down. It has caused a shortage of flour for the capital.

Third, the collapse of the USSR meant that Cuba lost its key trading partner. Venezuela, since the start of the Bolivarian Revolution in 1999, replaced the USSR. It brought the rest of Latin America into a reasonable trade relationship with Cuba, giving the island the opportunity to recover from the Special Period of the 1990s. But now, with Venezuela under sanctions, that lifeline is wearing out. There is no other lifeline on the horizon.

Fourth, Hurricane Irma of 2017 took a toll on the island, destroying infrastructure that cannot easily be rebuilt in the conditions of the Embargo. Tourism is down as a consequence, which means foreign exchange is down.

The U.S. government has a clear agenda for how to conduct regime change.

This is the formula. Trump has moved to the first phase.

Cuba has, over the past 60 years, upheld its sovereignty through the revolutionary process. It has been able to withstand direct assault by the United States and it has been able to survive the collapse of the USSR.

Cuba is—like Venezuela—now in deep danger. Trump and Bolton might not be able to provoke a military invasion, but they will do everything possible to undermine the government and to create internal problems.

In 2002, Ignacio Ramonet asked Fidel Castro if the revolution could collapse. Yes, Fidel said, “the country can self-destruct, can destroy itself. This Revolution can destroy itself.” A country has to change, has to correct its errors, has to defend itself from myopia. “That’s why we are acting, we are marching towards a total change in our society.”

Fidel had the correct attitude. It was infectious. One hopes it has infected the entire island, whose destiny rests in its creative response—60 years after the revolution—to the current crisis.