The case for a new Constitution 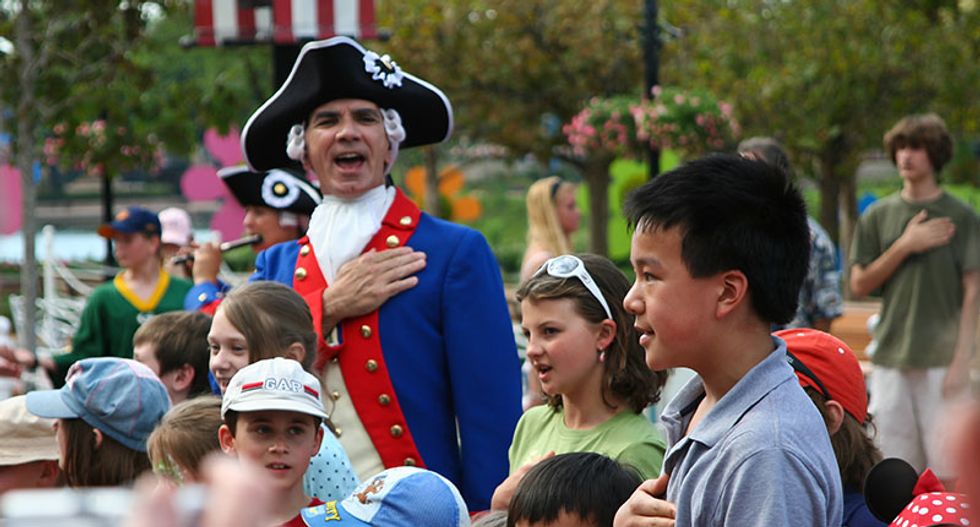 Really. Is the Constitution still relevant in American life? Are we, in fact, a democracy 230 years after our founding by 18th century Enlightenment thinkers?  If the sunshine of free and open speech is the best disinfectant for corruption and an informed, universally enabled electorate, it appears that this nation has been operating under a permanent fog for the last 30 years.

Drifting Away from Democracy

The framers of the Constitution never envisioned the rise of political parties but they certainly have been with us from the very beginning. Over the last two centuries the constant struggle for power and political control has ebbed and flowed, waxed and waned. In the modern age, say, since around 1870 or so, the two major parties have been arm wrestling each other for the reins of leadership. Executive power changed hands every couple of presidential terms but the  Congress, where true power resides, was pretty much Republican turf from the end of the Civil War to 1932, around 60 years.

Similarly, in 1932, when an exhausted electorate was thrown into the maw of the worst of several previous depressions, bank panics and recessions dating back to the end of the Civil War, they flipped the entire government into Democratic hands and the New Deal. The Democrats and FDR enacted dozens of laws intended to rectify the lack of control over the unfettered capitalism of the previous 65 years. The New Deal created  Social Security and all the “alphabet regulators” which, for the period from 1945 to pretty much the present did much to advance the growth of a middle class which, with its buying power, created the richest most powerful economy in human history. A liberal Supreme Court advanced human rights of all kinds, not the least of them being how the individual and the government deal with each other.

While all this was going on, conservatives, led by Big Business, chaffed at having to obey rules which restricted what they could and could not do, and of course the taxes they should pay. Sometimes they were remarkably successful (e.g., in credit card and banking regulations and periodic drops in tax rates). The U.S Chamber of Commerce and the National Association of Manufacturers, for example, worked long and diligently on behalf of their clientele.

The seminal moment—when the tides began turn against the New Deal of Roosevelt and Truman, and later the Kennedy and Johnson administrations—was a 1971 memorandum to the United States Chamber of Commerce entitled, "Attack on the American Free Enterprise System," written by Louis F. Powell, Jr. (Later to elevated to the Supreme Court by Richard Nixon). It outlined a bold new strategy for Big Business to re-take political power, all done without the Democrats even knowing it was happening. At the time of its writing, Powell was a corporate lawyer representing, among others, the tobacco industry. Two months after he wrote this piece, he was nominated to the Supreme Court.

Powell was a highly regarded Virginia lawyer, a sometime lobbyist for the tobacco industry, and virulent anti-Socialist/anti-Communist; he believed that the nation was inevitably slipping into socialism, starting, of course, with Social Security.

The Powell Memo, as it came to be known, had an immediate and long term effect on the conservative movement. It essentially galvanized an entire sector of political power and has successfully persisted down to the present day. Powell suggested that getting control of mass media was Job No. 1 of Big Business. (Note: Sinclair Broadcasting, a highly conservative broadcast company,  is currently attempting to capture about 74% of the local television news viewers in the United States at this moment.)

Powell believed that regulating any form of business activity was anathema to the nation’s true interests. The Citizens United decision (2011) by the Supreme Court was the culmination and realization of Powell’s view that (in the words of Calvin Coolidge) “the business of the nation is business.” The myth was now made flesh in a decision of the court. Personhood and all the rights of citizenship in the United States was now finally and absolutely bestowed on corporations: the right to free speech and even more importantly, the notion that money is speech, now gave corporations and business enormous access with it’s massive financial strength to both members of Congress and  influence in elections. The decision was quickly reinforced by the court’s Western Tradition Partnership, Inc. vs. Montana (2011 in which the state of Montana was prevented from capping corporate money in influencing elections.

There are two ways to view the reality of the  changes in how we govern ourselves. Either we are irretrievably drifting into a kind of stratified democracy, where, Orwell-like, “some are more equal than others” or we must repair our democracy to where rules are made to ensure that no citizen has more political clout than other citizens.

What do we want to be when we grow up?

We have evolved from a small, insignificant country clinging to the Atlantic seaboard and run by a small number of propertied and educated white men holding a lot of black slaves to do the grunt work, to a colossus of 325 million souls comprising a 20 trillion dollar economy. Every comparison between then and now is impossible to fathom. Yet we still operate under the same document, as revered as Moses’ tablets. We argue interminably as to how what those framers wrote pertains to life in the 21st century. Yet the notion—the question—of whether we really are a democracy is valid.

Our present Constitution, of course, provides for the calling of a Constitution Convention (if two thirds of state legislatures call for one). The irony is that it is the most conservative Americans who are now calling for one. Their goals are to pare down the power of the federal government, not rationalize it. Moreover, in calling for such an event we would likely wind up with a “runaway convention” in which years long fighting between one faction or another would achieve, practically speaking, nothing at all, inasmuch as three quarters of the states must ratify any new Constitution.

And so, here we are, prisoners of a flawed, 18th century document in need of updating, correcting evolving iniquities. Maybe what is needed a true conversation about the efficacy of 50 sovereign states acting as one to the benefit of all in this century.