The 40th anniversary of hip-hop: Here are 6 of the genre's most political moments — from Grandmaster Flash to Cardi B 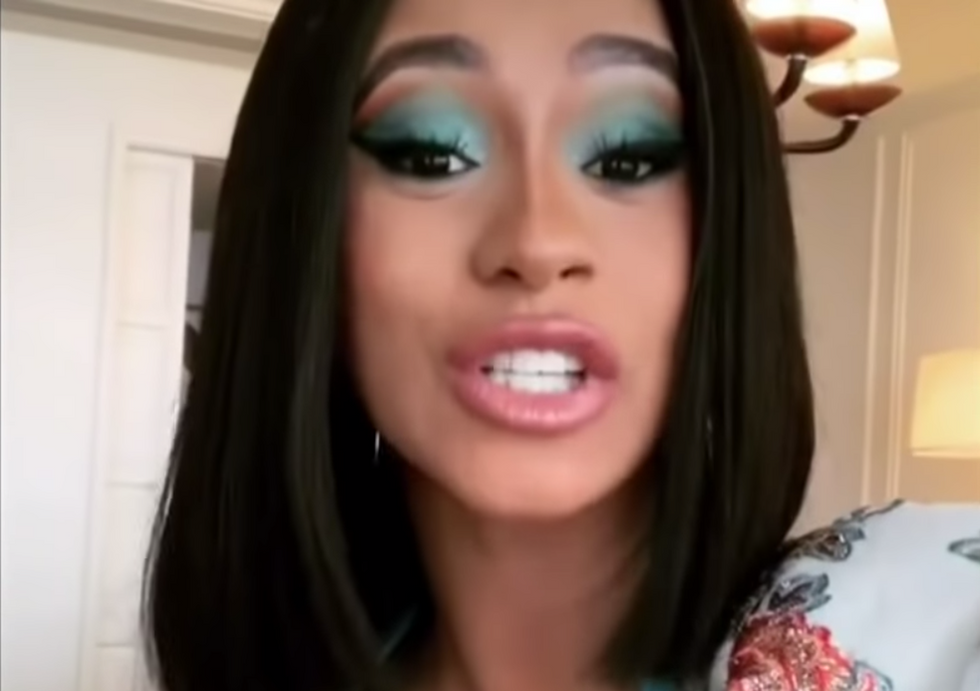 2019 marks the 40th anniversary of recorded hip-hop, which started attracting national attention in 1979 with early singles by pioneers like Grandmaster Flash & the Furious Five, Kurtis Blow and the Sugarhill Gang (“Rappers’ Delight”). Hip-hop has often been highly political over the years, and in 2019, hip-hop’s political topics have ranged from Kanye West reaffirming his support for President Donald Trump to Bronx rapper Cardi B’s Twitter feud with far-right agitator Tomi Lahren.

But hip-hop was political long before 2019; Blow, now 59, was rapping about economic anxiety as far back as 1980 on his song “Hard Times.”

Here are some of hip-hop’s most memorable political moments, past and present.

Cardi B has been addressing a variety of political subjects, from Sen. Bernie Sanders’ democratic socialist movement to President Franklin Delano Roosevelt’s New Deal of the 1930s. And when the Bronx rapper got into a Twitter feud with Tomi Lahren this month, Rep. Alexandria Ocasio-Cortez weighed in—siding with Cardi and tweeting, “Why do people think they can mess with Bronx women without getting roasted? They act as though our borough hasn’t been perfecting the clapback game since the Sugarhill Gang.”

When he was more of a Blue Dog Democrat and starred on the hit reality show “The Apprentice” back in the 2000s, Donald Trump was praised in various hip-hop recordings. Rappers Jeezy and Rae Sremmurd, for example, viewed him as a symbol of financial success and admired his flamboyance. But after Trump went far-right politically and ran for president as a Republican, he became the target of anti-Trump rappers ranging from Cardi B to Eminem and Jay Z. Kanye West, however, has remained an unapologetic Trump supporter.

After meeting with Trump in the White House in October, West reaffirmed his support for Trump with a series of January tweets. West posted “Trump all day,” stressed that being African-American doesn’t mean he is obligated to be a Democrat and declared that he would continue to wear his “Make America Great Again” hat.

N.W.A’s Straight Outta Compton album of 1988 was a blistering audio-documentary that described, in painfully blunt terms, the social problems affecting South-Central Los Angeles and other urban areas. And one of its songs, “Fuck the Police,” attracted the attention of the FBI—which, on August 1, 1989, sent a letter to Priority Records (the label that released Straight Outta Compton) complaining that the song “encourages violence against and disrespect for the law enforcement officer.” After the letter was made public, Danny Goldberg (the ACLU’s Southern California chairman at the time) weighed in—and his criticism was with the FBI, not N.W.A.

Trump showed his racism in January 2018 when he asserted that he would prefer immigration from Norway over immigration from “shithole countries” such as Haiti and El Salvador. And Jay-Z called the president out during an interview with CNN’s Van Jones, saying, “Everyone feels anger; but after the anger, it’s real hurtful because it’s looking down at a whole population of people—and it’s so misinformed because these places have beautiful people…. This is the leader of the free world speaking like this.” And on January 28, 2018, Trump responded to Jay-Z on Twitter, posting, “Somebody please inform Jay-Z that because of my policies, Black Unemployment has just been reported to be at the LOWEST RATE EVER RECORDED!”

Grandmaster Flash & the Furious Five brought political hip-hop to the forefront with their landmark 1982 single, “The Message,” which brilliantly captured the angst of the early 1980s recession and addressed everything from poverty and violent crime to suicide in prison. In contrast to President Ronald Reagan’s morning-in-America rhetoric, “The Message” contained the painfully cynical lyrics, “It’s all about money/Ain’t a damn thing funny/You got to have a con in this land of milk and honey.”

Hip-hop had many political voices in the 1980s and 1990s, from KRS-1, Public Enemy and Paris to Ice-T—a seminal gangsta rapper who went on to have a successful acting career. Ice-T is well known for portraying a police officer on the hit crime drama “Law and Order: Special Victims Unit,” which is ironic in light of the fact that his most controversial song was 1992’s “Cop Killer.” Recorded with his rap-metal band Body Count, “Cop Killer” was attacked by everyone from Vice President Dan Quayle to Democrat Tipper Gore and led to a boycott of Time Warner. Ice, however, stressed that he wasn’t anti-police: he was simply anti-police brutality. And the 60-year-old rapper’s success portraying a cop on “Law and Order” hasn’t prevented him from voicing his support of Black Lives Matter.