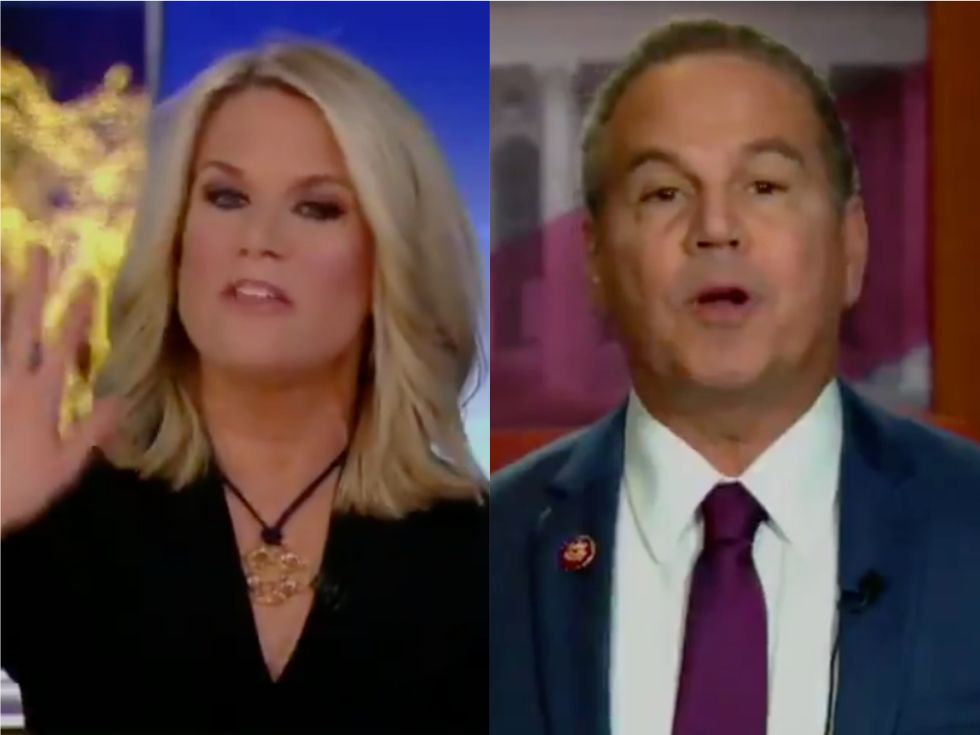 Rep. David Cicilline (D-RI) appeared on Martha MacCallum's Fox News show "The Story" on Thursday night to discuss the ongoing government shutdown the president triggered as a tactic to get funding for a border wall. Fox News has been, by and large, a major cheerleader for President Donald Trump's shutdown tactic and the wall in general, but Cicilline confronted MacCallum's bogus talking points repeatedly in his brief interview.

He noted, for instance, that a bill to keep the government open has already passed the Senate by unanimous consent. It was only Trump's announcement that he would veto the legislation that brought the process to a half.

Now that Democrats have taken control of the House of Representatives, Cicilline explained that they're ready to pass funding for the parts of the government that aren't in contention while providing a short-term solution for Homeland Security while the details can be negotiated.

"We have appropriated $1.7 billion over the last 2 years for border security," he said. "Democrats voted for that. We understand that we have to invest more in border security. We just want to do it in a cost-effective, smart, thoughtful way that will actually achieve the objective. There will be additional money for border security in the bill that we want to pass. But we don't think spending $70 billion on a 1,000-mile concrete wall — which is a 19th-century solution for a 20th-century problem."

"The president has made it clear that he's open to the solutions you're talking about," MacCullum said.

He pointed out that the Republicans have had control in government for two years — and yet they only brought the country to the brink on this issue now.

Then MacCullum desperately tried to change the subject.

"I don't live in a sanctuary state!" Cicilline shot back. (While the term is nebulous, and often used simply as an epithet by right-wing opponents of immigration, ICE is still likely in the loop when immigrants are arrested in the state.)

He continued: "The reality is, we all support border security. We want it to be done in a way that actually achieves the objective."