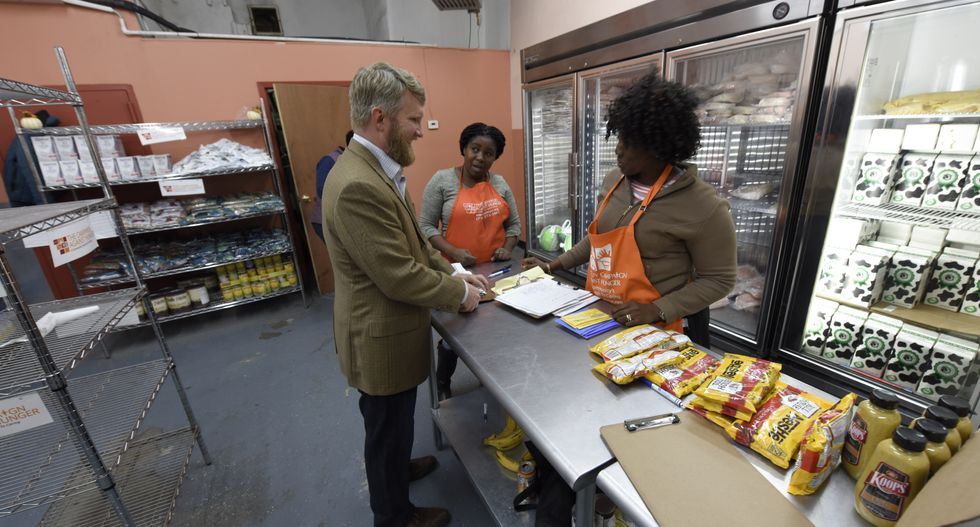 With the federal government having been partially shut down for two and one-half weeks, President Donald Trump has declared that he’s willing to keep the shutdown going for months or even years if Congress doesn’t agree to fund a U.S./Mexico border wall. Around 800,000 federal workers have either been furloughed or asked to report to work without a definite pay date, which is a major hardship for those who have been living paycheck to paycheck and don’t have much in their savings. And some federal workers are now been turning to food pantries out of desperation.

In Maine, the Saco Food Pantry has offered its service to furloughed federal workers. Saco’s John White told Maine’s WMTW News 8, “I don’t want anyone going hungry…..The kids shouldn’t have to suffer for something like this.”

According to a survey by WalletHub, Maine ranked 13th among states most impacted by the shutdown.

Curado noted that when federal workers suddenly lose income, businesses in his area suffer because those workers no longer have money to spend and will forgo even something “simple” like purchasing a cup of coffee.

The shutdown is keeping food pantries busy not only because of federal government workers who are being deprived of their paychecks, but also, because food stamp benefits will be running out as soon as February if the shutdown continues. The United States Department of Agriculture (USDA), which handles the food stamp program, has some emergency reserves for food stamps in February but none for March.

In South Carolina, the Low Country Food Bank is reaching out to low-income Americans who are being affected by the shutdown. Low Country’s Barbara Miller told WBTW TV, “If those SNAP benefits are shut down or taken away, there will be a greater need for the food that we can produce, hand out and distribute.”