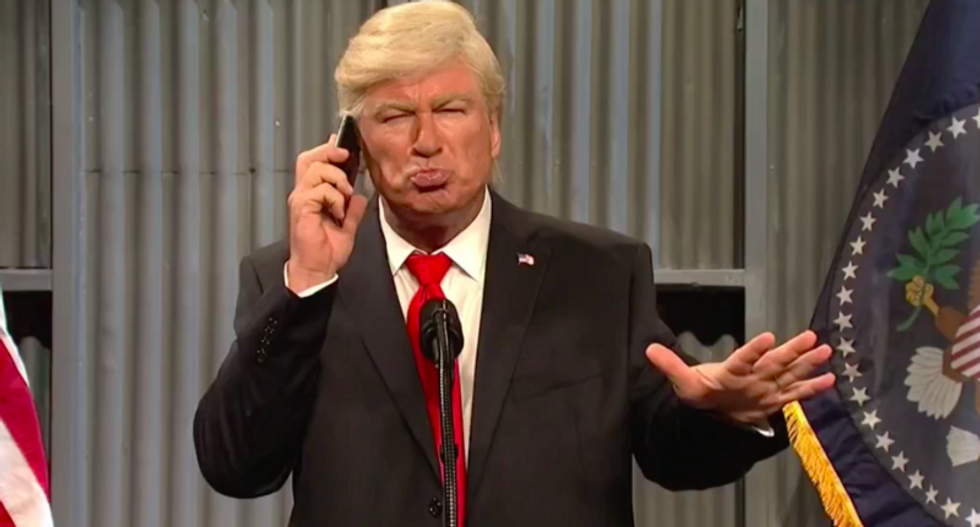 Saturday Night Live has been on hiatus since before President Donald Trump's shutdown showdown started.

SNL opened its first show of 2019 with a skit that found Trump playing Deal or No Deal over the re-opening of the government.

"Earlier today you went on TV and you told the American people that you wanted to make a deal," the host said. "So we decided to do this in the only format you understand: a TV game show with women holding briefcases."

Pelosi, played by the always dead-on Kate McKinnon, offered Trump a billion "to say Nancy's my mommy," which Trump rejected.

"One billion, that's a lot of money," said the Harvey character.

"Yes, but it's not $5 billion and I need $5 billion because—it's the first random number I said," Trump answered.

Later in the skit, Alexandria Ocasio-Cortez makes her SNL debut.

"Trump and the GOP are just terrified of me because I'm under 100 and I'm good at Instagram," she said.

In the end, Trump does strike a deal to end the government shutdown "and release the kids from cages."

sn from Martin Cizmar on Vimeo.