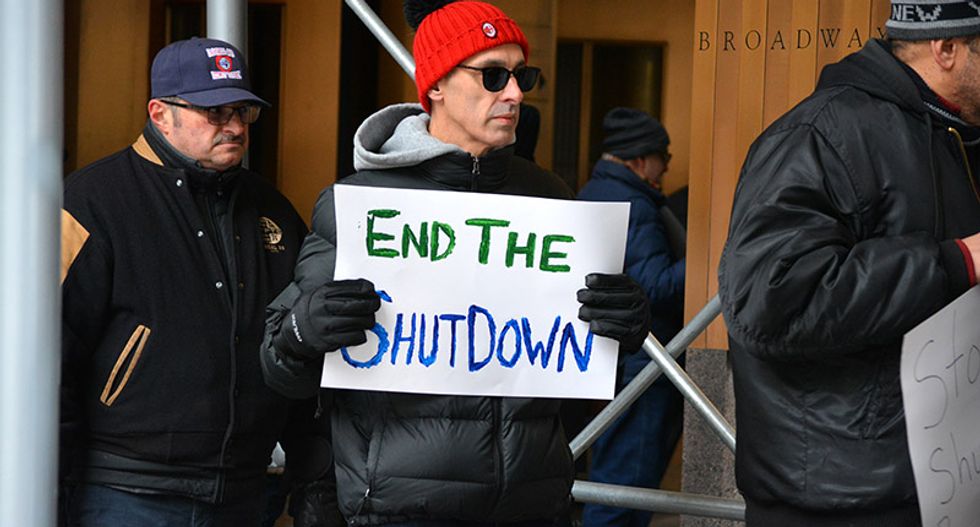 A minority of Republicans in the U.S. Senate, including Susan Collins of Maine and Shelley Moore Capito of West Virginia, have been outspoken in their opposition to President Donald Trump’s partial shutdown of the federal government and have declared that the government needs to fully reopen as soon as possible—even without funding for a U.S./Mexico border wall. But in a new op-ed for the Daily Caller, an anonymous senior official in the Trump Administration not only applauds the shutdown—he or she hopes it “lasts a very long time.”

The Daily Caller doesn’t give much indication who the official is. But the official is among the roughly 800,000 federal government employees who isn’t being paid during the shutdown, and unlike those in the Trump Administration who have criticized Trump anonymously, the official believes he is doing as excellent job as president and claims that Trump “has created more jobs in the private sector than the furloughed federal workforce.”

The longer the shutdown lasts, the official argues, the better it will be for the U.S. on the whole. The official supports the construction of a border wall and praises Trump for addressing the “border emergency” but sees the shutdown in much broader terms.

“The lapse in appropriations is more than a battle over a wall,” the official writes. “It is an opportunity to strip wasteful government agencies for good.”

The official is extremely critical of the federal government, describing it as a “bloated bureaucracy.”

“On an average day,” the official asserts, “roughly 15 percent of the employees around me are exceptional patriots serving their country. I wish I could give competitive salaries to them and no one else. But 80 percent feel no pressure to produce results. If they don’t feel like doing what they are told, they don’t. Why would they? We can’t fire them.”

Trump’s critics have been denouncing his proposed border wall as a costly vanity project that would not only add to the federal deficit significantly—it would do precious little, if anything, from a national security standpoint. But the anonymous official views the shutdown as Trump’s opportunity to make government function more efficiently.

“This is a chance to effect real change,” the official declares, “and (Trump’s) leverage grows stronger every day the shutdown lasts…. Due to the lack of funding, many federal agencies are now operating more effectively from the top down on a fraction of their workforce, with only select essential personnel serving national security tasks. One might think this is how government should function, but bureaucracies operate from the bottom up—a collective of self-generated ideas.”

The official concludes the op-ed by asserting that if the shutdown lasts long enough, Trump might succeed in downsizing the federal government in a way that President Ronald Reagan was “only bold enough to dream.”

“The president’s instincts are right: most Americans will not miss non-essential government functions,” the official emphasizes. “A referendum to end government plunder must happen. Wasteful government agencies are fighting for relevance, but they will lose. Now is the time to deliver historic change by cutting them down forever.”