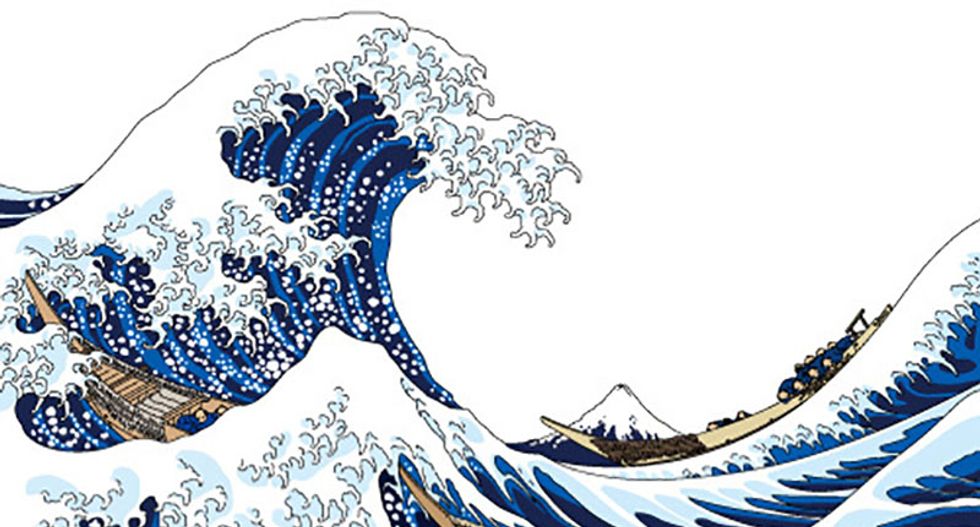 Accounts by mariners of freak or rogue waves out in the ocean have long been a common occurrence but until relatively recently remained anecdotal. That is, until January 1 1995, when a huge wave was observed – and recorded – at the Draupner Oil platform in the North Sea. It was one of the first reliable measurements of a freak wave in the ocean and at a height of 25.6 metres, it was over two times the height of the waves that surrounded it.

Appearing seemingly from nowhere, this seminal observation initiated many years of research into the possible causes of freak ocean waves. Various theories exist, perhaps the most simple of which is that ocean waves are random and while freak waves are rare, they are entirely predictable. Other theories have suggested that under certain conditions waves can become unstable, causing small waves to grow into much larger freak waves.

We decided to see if we could recreate this wave in the laboratory, to understand more about how freak waves happen in the first place. Clearly it is not possible to recreate waves that are 25 metres high and several hundred metres wide in a laboratory. So we reduced the scale by maintaining the same ratios of wavelength to water depth and wave height. Although our wave was 35 times smaller than the actual Druapner wave, the same physical processes dictated the behaviour of the waves we produced.

The height of ocean waves is limited when waves break. When we tried to recreate the wave measured at the Druapner platform by creating ones that travelled in the same direction, they broke about two metres before reaching the scaled height of the wave we wanted.

We then attempted to recreate the wave by making two smaller wave groups that crossed at an angle of 120 degrees. We found that it was possible to recreate the full scaled amplitude of the original Daupner measurement. The height of waves produced under these conditions is not limited by breaking in the same way.

Crest of a wave

When waves cross, much of this horizontal motion is cancelled out and this type of plunging wave breaking no longer happens. Instead, wave breaking happens in mainly upward jet-like behaviour (see images above (bottom row)). Critically, this type of crossing breaking doesn’t seem to limit the height of waves in the same way as plunging breaking, and this allowed us to reproduce the full scaled height of the Draupner wave under crossing conditions.

The nature of waves

Our findings not only shed light on how the famous Draupner wave may have occurred, but also on the nature and significance of wave breaking in crossing sea conditions. This suggests previously unobserved wave breaking patterns, which differs significantly from our current understanding of what happens in the oceans.

In addition to a better understating of potential freak wave formation, the ability to accurately predict the onset of wave breaking is crucial to accounting for its effect on various other phenomena. Wave breaking is one of the main mechanisms for the dissipation of energy in the oceans, and is crucial to accurate forecasting. The creation of sea spray and entrainment of air (bubbles of air trapped in the wave) by breaking waves affects the mix of the atmosphere and the flux of heat between air and sea, which in turn affects many geophysical processes and their accurate modelling.

To our amusement, the wave we created bore an uncanny resemblance to The Great Wave off Kanagawa – often referred to as as Hokusai’s Wave – a woodblock print published in the early 1800s by the Japanese artist Katsushika Hokusai. The print depicts an enormous wave that towers over fishing boats. Although this similarity is completely unintentional, studies suggest that the wave depicted was most likely a freak wave, and that its shape and structure indicate that it may also have occurred under crossing conditions. Therefore, the likeness to our wave may not have been entirely coincidental after all.