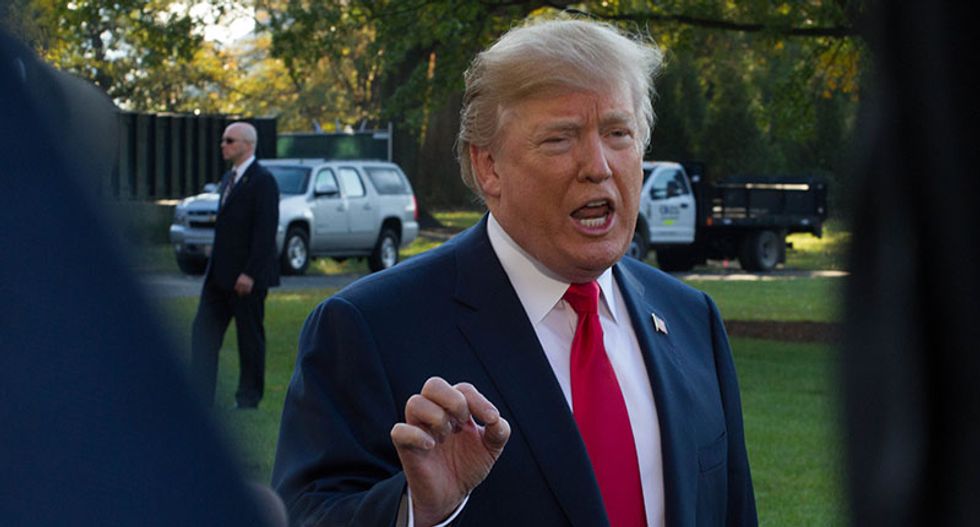 Editor’s note: President Donald Trump’s address to the nation on Wednesday night from the Oval Office announced no new initiatives either to end the government shutdown or to build the wall that’s caused the shutdown.

Instead, Trump stressed the themes – most of them discredited – that he’s long depended on to support his demand for the wall to bar entry to a sea of immigrants who will bring crime, drugs and mayhem into the country.

We asked a panel of scholars to respond to the speech.

Trump backs himself against the wall

Going into Trump’s speech, there was much speculation that the president might declare an emergency under the 1976 National Emergencies Act to pay for the $5.7 billion border wall that is behind the current government shutdown – funds that House Democrats have refused to provide.

That didn’t happen, though reports are the administration is still considering the option.

The constitutional issues associated with such a declaration are far from clear. First off, the facts underlying whether an emergency exists are disputed, to say the least.

A National Emergencies Act declaration for wall funding would immediately be challenged in court. Congressional Democrats would argue that this is a usurpation of their legislative appropriation power.

States and private landowners would also protest their land being taken by eminent domain for the project, since the federal government owns less than a third of the land needed to build the wall.

Despite the lack of legal clarity — and the inevitable delays that such a lack of clarity would bring — there is another more straightforward reason why the administration didn’t declare an emergency, one that was likely obvious even to a president who has shown himself to be not quite as good a dealmaker as was advertised.

The reason is this: The formal declaration of an emergency would limit Trump’s ability to strike a compromise.

Without one, Trump will be able to declare victory and sign a bill reopening the government after finding a middle ground with Democrats, and then try to sell that compromise to his angry base.

But once he declares it’s a wall or nothing, the issue will be resolved by the courts – which may well tell Trump he can have nothing at all.

It appears the self-declared “very stable genius” does understand a little game theory.

Making a crisis when there is none

Trump used the word “crisis” six times to vouch for his proposed wall.

He described a border under siege by an unprecedented number of undocumented migrants, unusually prone to violence and mayhem, whose progress could only be stopped by a physical barrier.

That description is, to put it mildly, poorly supported by the facts.

The number of undocumented migrants seeking to cross into the United States is now considerably lower than it was only a decade ago; the undocumented tend to be more law-abiding than the native born, not less; and few experts think that a barrier itself is an effective means of preventing illegal immigration.

Trump’s distortion of facts isn’t new. What is new – and, from the standpoint of political ethics, deeply troubling – is the heightened emphasis on a crisis through a formal address.

Both political philosophy and common-sense morality would say that normal procedure doesn’t apply during an emergency. Citizens are more willing, in the face of an emergency, to surrender allegiance to particular rules and to the moral principles that undergird them. Even deeply held moral beliefs, such as the wrongness of separating young children from their parents, might need to be suspended in a genuine crisis.

When President Franklin D. Roosevelt ordered the internment of Japanese-Americans during the Second World War, he justified the decision by saying that the United States was facing an “unlimited national emergency.”

So when President Trump asserts that the border is in crisis, he gives himself permission in effect to take whatever radical or unprecedented action he deems necessary to end that crisis. If he violates legal or moral rules in the process – well, that’s simply a tough-minded response to an emergency.

The extraordinary nature of a crisis, however, requires an extraordinary level of evidence. Elected officials must show the public evidence that the crisis exists, and that the proposed solution will genuinely fix the problem.

Not an authoritarian speech

American presidents have traditionally made Oval Office speeches only under the gravest circumstances, such as during the 1962 Cuban missile crisis or after the Sept. 11 terrorist attacks.

So when Trump said he would address border security in a nationally televised speech, critics who see authoritarian tendencies in this president understandably got worried. They feared he would declare a national emergency, abusing his executive powers to build a wall along the Southern border.

Instead, viewers got a rather measured – if somewhat hastily and awkwardly delivered – speech by a softer version of a president better known for provocative, vicious rhetoric and obsessive daily tweets. Trump sat behind the Oval Office’s iconic, heavy wooden desk, framed by his beloved golden curtains, American flags and photos of his parents.

On the surface, this restrained address didn’t look or sound authoritarian. Trump showed neither the grand posturing of a Benito Mussolini nor the maniacal intensity of a Joseph Goebbels.

What he did do, prominently, is what he’s done since his 2016 presidential campaign: hype up a manageable situation to create a “crisis.”

He portrayed the drug trade and undocumented immigration – decades-old social issues tackled by numerous government agencies – as existential threats that allegedly pose a mortal danger to the American people.

By evoking horrific crimes committed by a small number of immigrants, he turned an entire group of people into composite figures of limitless cruelty – perpetrators of rape, brutal murder and other particularly heinous crimes.

He demanded a border barrier – be it a concrete wall, metal slats, or, why not, a giant “no trespassing” sign – to “protect our country.”

“How much more American blood must we shed?”

His language implies that some people’s lives are worth more than others. This stance recalls racist, nationalist policies of the past in both Europe and the United States – a past many had foolishly hoped had been put behind us.