'Resigning doesn't save you from prison': New report says this disgraced Trump appointee is under DOJ probe for potentially lying about his corruption 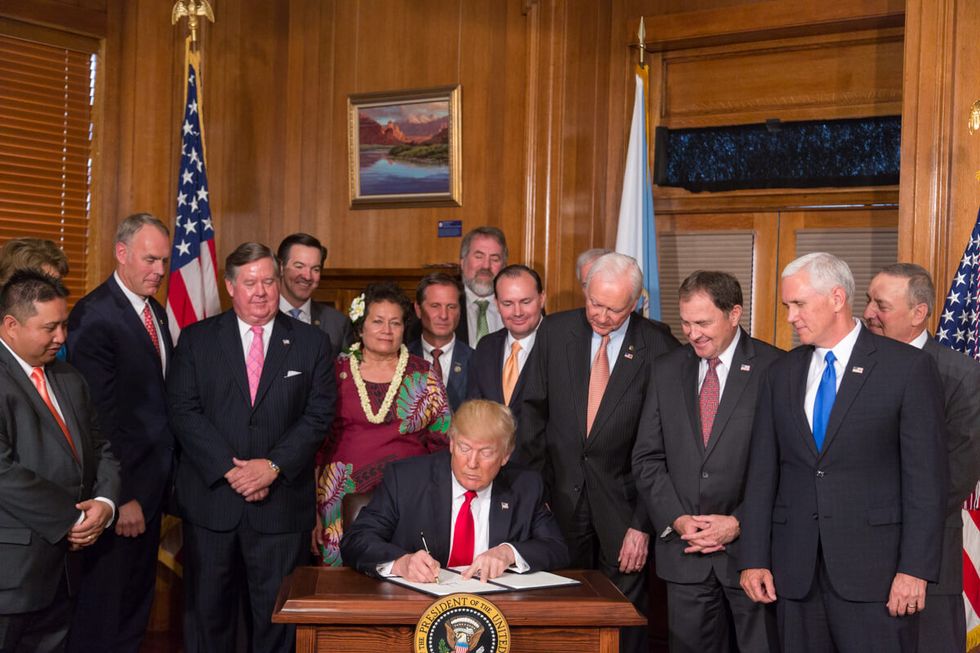 Former Interior Secretary Ryan Zinke left office Wednesday following a Trump administration tenure characterized by aggressive environmental regulatory rollbacks as well as 18 federal investigations into his ethics, spending, and conduct while in office—but his resignation has not saved him from a Justice Department probe into potentially criminal violations.

The Washington Post reported Thursday that the DOJ has opened a probe into whether Zinke lied to his own agency's investigators about his involvement in a land deal in Montana and the blocking of a casino project proposed by First Nations tribes in Connecticut.

Just-departed Secretary of the Interior Ryan Zinke is apparently not only being investigated for multiple possible… https://t.co/XIz9arC9jh
— Noah Bookbinder (@Noah Bookbinder)1546544871.0

After questioning Zinke about the incidents, the Interior Department inspector general "came to believe Zinke had lied...[and] referred the matter to the Justice Department to consider whether any laws were violated," according to the Post.

"The Justice Department's interest in the matter is significant, signaling prosecutors felt Zinke's account was suspect and warranted further scrutiny," the Post continued. "Department officials have not yet decided, though, whether he should face charges."

Critics of Zinke celebrated in December when his impending resignation was announced, with Friends of the Earth saying, "Zinke's days of plundering our lands and enriching himself and his friends are over."

But as Sen. Ron Wyden (D-Ore.) tweeted a day before the DOJ's new investigation was reported, Zinke's departure won't necessarily stop him from being held accountable for his actions while in office.