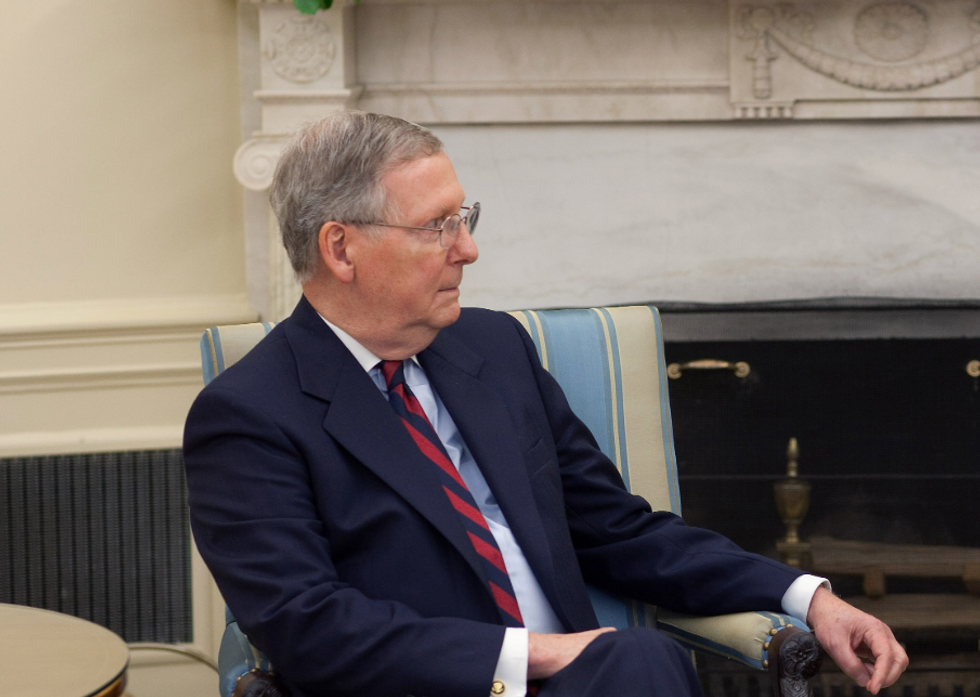 As the partial shutdown of the federal government drags on in 2019, President Donald Trump and his ardent supporters continue to paint the shutdown as an act of patriotism. Trump insists that the shutdown will not end unless Democrats in Congress agree to fund his proposed U.S./Mexico border wall, while many of the roughly 800,000 federal workers who have either been furloughed or asked to report to work without a definite pay date continue to wonder how they will pay their bills.

And the more Republicans address the hardships that so many federal workers are facing, the more they show their ugly classism.

In late December, the Office of Personnel Management (OPM) under the Trump Administration offered federal workers some laughable tips on surviving the shutdown, including a sample letter in which they could offer to barter with their landlords and perform manual labor in exchange for a break in the rent. Especially clueless was the OPM’s advice, “If you need legal advice, please consult with your personal attorney”—as if a federal worker making $25,000 per year has an expensive attorney on retainer.

Trump has maintained that “many” federal workers support the shutdown because they “want the wall.” And union leader Paul Shearon (president of the International Federation of Professional and Technical Engineers) countered that federal workers are hardly happy about the hardships they are facing.

“We have not heard from a single member who supports the president’s inaction,” Shearon stressed. “Most view this as an act of ineptitude.”

To make matters worse, Trump has blocked a 2.1% pay hike for federal workers. But he is not the only Republican who doesn’t grasp the hardships that parts of America’s federal workforce are up against.

When reporters asked North Carolina Rep. Mark Meadows (a loyal Trump supporter and champion of the shutdown) about federal workers having to work on Christmas without pay, the far-right Republican was indifferent to their suffering.

Meadows, chairman of the far-right House Freedom Caucus, declared, “It’s actually part of what you do when you sign up for any public service position….They know they would be required to work, and even in preparation for a potential shutdown, those groups within the agencies have been instructed to show up.”

Meadows’ comments underscore his classist and painfully out-of-touch view of the world. Members of Congress will continue to receive six-figure salaries during the shutdown. And Meadows doesn’t have to worry about missing a rent or mortgage payment during the shutdown, unlike all the federal workers who don’t know when their next paycheck will be coming. As the Washington Post noted in a Jan. 2 editorial, it is the most vulnerable federal workers who are hit the hardest by partial government shutdowns.

On Twitter, Democratic Rep. Joe Kennedy III of Massachusetts posted, “Mark Meadows failed to mention that the legislative branch is funded through September 2019, and his paycheck will arrive as scheduled.”

Republican Rep. Scott Perry of Pennsylvania has been equally classist in his view of the shutdown, declaring, “Who’s living that they’re not going to make it to the next paycheck?” Evidently, Perry hasn’t heard of all the Americans who have a hard time saving because they’re living paycheck to paycheck.

On “The Young Turks,” hosts Ana Kasparian and Cenk Uygur have been quick to call out Republicans’ classist remarks on the shutdown — and Kasparian had some choice words for Perry, asserting that the Pennsylvania congressman “has half a million dollars in assets. So for someone like him, maybe it’s not a big deal to miss a paycheck. By the way, he’s not missing a paycheck because members of Congress made sure to budget in their salaries ahead of time so they wouldn’t be impacted by a federal shutdown. But again, it shows how out of touch they are. They think everyone else is living the same lives that they’re living.”

Kasparian nailed why Perry’s comments are so clueless — and why it is, in fact, a big deal when government workers who aren’t in his income bracket miss a paycheck. And with a resolution of the shutdown nowhere in sight, it’s quite possible that many federal workers will be missing not one but multiple paychecks.