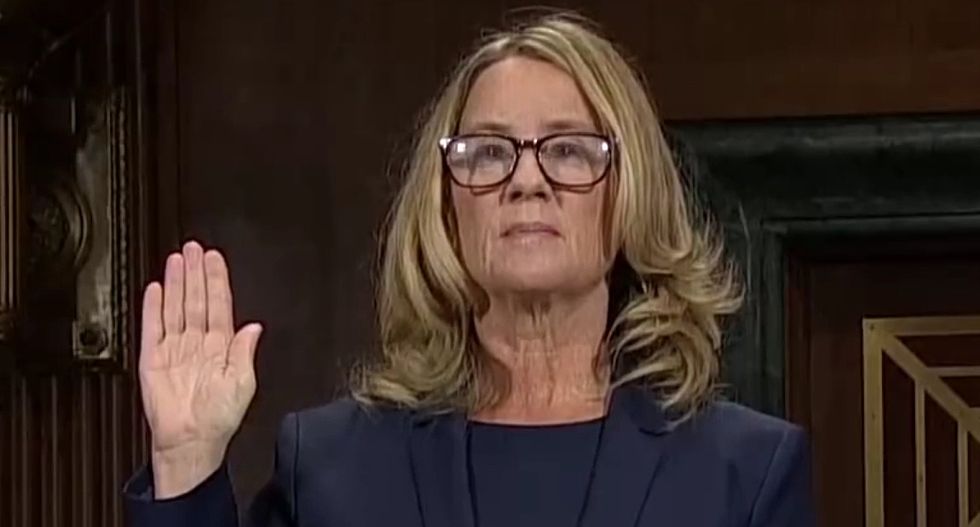 Rep. Jackie Speier of California has announced that she is nominating Dr. Christine Blasey Ford for the 2019 John F. Kennedy Profile in Courage Award.

Ford is the Palo Alto University psychology professor who, in 2018, alleged that Supreme Court Justice Brett Kavanaugh attempted to rape her at a party in Maryland when they were college students back in 1982. Kavanaugh vehemently denied the accusation and was narrowly confirmed by the U.S. Senate—mostly along party lines. Most Senate Democrats voted against Kavanaugh’s confirmation, and most Senate Republicans voted in favor of President Donald Trump’s nominee.

In a January 28 post on Twitter, Speier asserted that she was nominating Ford for the 2019 Profile in Courage Award because the professor is “an inspiration to us all” as well as “a true American hero who sacrificed so much to do what was right for our country and for the pursuit of truth of justice.”

The Profile in Courage Award, created in 1989 by President John F. Kennedy’s family, is usually reserved for public officials. Previous recipients of the award have ranged from prominent Democrats such as President Barack Obama and Rep. Gabby Giffords of Arizona to Republican President Gerald R. Ford.

After coming forward with her allegation against Kavanaugh, Ford received death threats and moved out of her home in Northern California out of fear for the safety of her family. Ford was not the only woman who accused Kavanaugh of sexual misconduct: his other accusers included Deborah Ramirez and Julie Swetnick, but unlike Ford, neither of them were given a chance to testify before the Senate Judiciary Committee last year.

The 68-year-old Speier has been in politics since the 1970s, when she became a staffer for the late California Rep. Leo Ryan. Speier is lucky to be alive: in 1978, she went to Guyana with Ryan as part of a fact-finding mission on the People’s Temple cult and its notorious leader Jim Jones. Ryan and others were killed during a November 18, 1978 ambush by cult members, but Speier survived despite being shot five times. More than 900 people died that day during the mass suicide and killings known as the Jonestown Massacre.

The 2019 Profile in Courage Award will be presented in Washington DC in May.