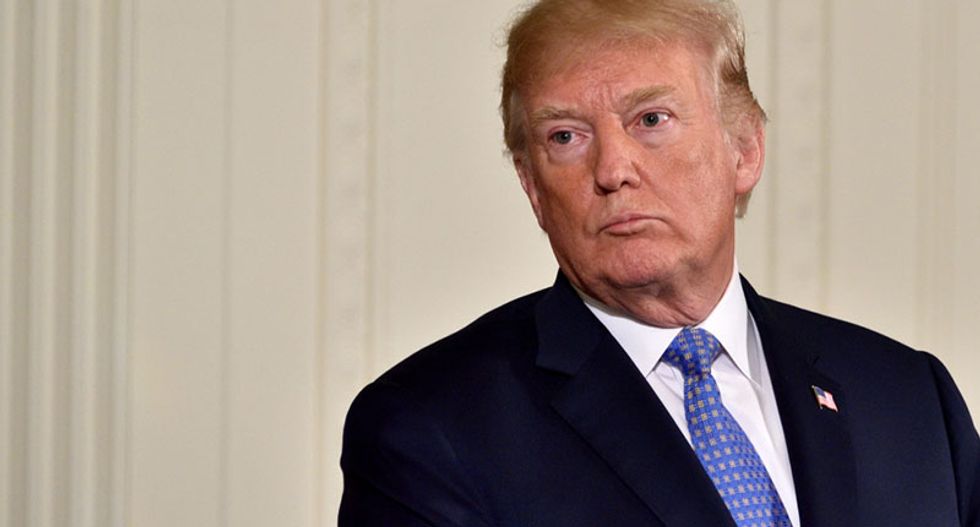 In an article published by the conservative website The Bulwark on January 31, Ross and Ruth complained that “the allure of Trumpism has left the once great site a shell of its former self.”

Back in 2015, Ross and Ruth recall, Editor Erick Erickson wasn’t afraid to stand up to Donald Trump and disinvited him from the annual RedState Gathering in response to insulting comments he made about Megyn Kelly (who was with Fox News at the time). But since then, the conservative journalists stress, things have changed at RedState because of the pro-Trump views of its parent company, Townhall Media—which is an affiliate of Salem Media Group.

“In April 2018,” Ross and Ruth writes in The Bulwark, “Salem management determined there had been enough front-page criticism of Trump and decided to take action. A number of long-time writers and editors, who happened to be unapologetic Trump critics, were dismissed from the site without warning.”

One of them, according to Ross and Ruth, was former Managing Editor Caleb Howe.

“In an attempt to save face, management insisted the decision was financial and not ideological, as a handful of Trump-critical writers remained,” Ross and Ruth explain in their article. “However, those with longer tenures, higher public profiles and biggest traffic draws were all let go. The financial excuse holds little water considering those let go were revenue-drivers. The message was clear: tread lightly when it comes to criticizing Trump.”

According to their Bulwark piece, things became so ridiculous with the unwritten don’t-criticize-Trump rule at RedState that it even became problematic to call out extremists who believed that the terrorist mail bomb campaign against prominent Democrats in 2018 was a hoax.

Last year, explosive devices were mailed to a long list of Democrats ranging from billionaire George Soros to former President Barack Obama to actor Robert De Niro—and the far-right media figures who claimed or implied that the whole thing was a liberal hoax included Ann Coulter, Rush Limbaugh, David Horowitz and Candace Owens, among others. Ross, in an October 25, 2018 piece for RedState, called them out, writing, “Shame. On. Them. All….Please, Trumpian GOP. Own your rotten contribution.”

Although Ross’ article is still on the RedState site as of January 31, Ross and Ruth note in their Bulwark article that “any references to it on Twitter or Facebook were deleted and done so repeatedly without explanation. Only after speaking up did (Ross) learn the piece wouldn’t get shared on social media, and instructions came down from Salem management to stop discussing the incident with colleagues.”

Ross and Ruth complain that “the refusal to accept any legitimate criticism of Trump is a stain on a once proud conservative publication.”

Anti-Trump conservative and GOP strategist Rick Wilson (author of the book “Everything Trump Touches Dies: A Republican Strategist Gets Real About the Worst President Ever”) has asserted that the conservative movement was around long before Trump ran for president and that anti-Trump conservatism will eventually be welcome in the GOP once again. If so, liberals at MSNBC might go back to debating Bill Kristol, Steve Schmidt and Ana Navarro (all anti-Trump voices on the right) rather than Trump supporter Hugh Hewitt.

In the meantime, however, conservatives who are highly critical of Trump are not welcome in most of the right-wing media—and according to Ross and Ruth, that includes RedState.