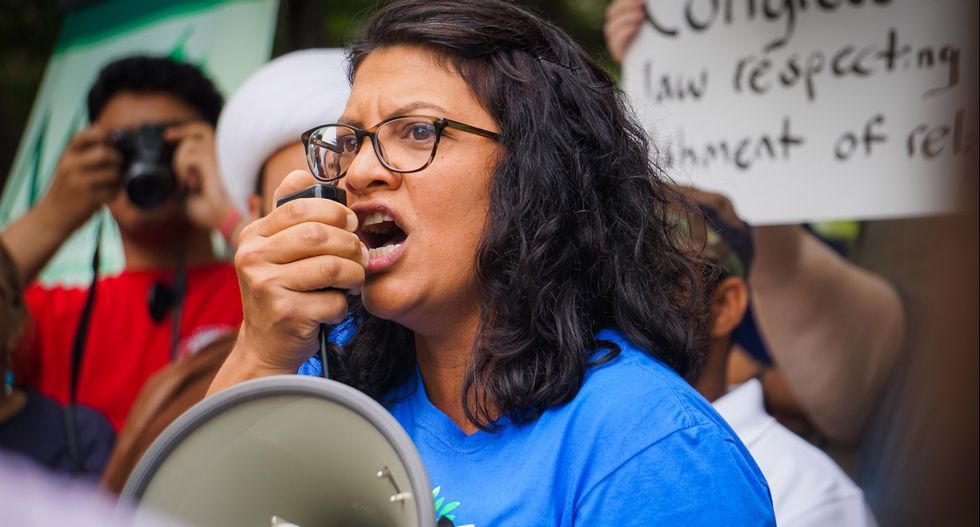 midterms and will be joining the House of Representatives today, and her brother called

Calling from Michigan, Tlaib’s brother told C-Span that he respects his sister’s winning

attitude even though “we fight all the time, especially about Trump” and disagree about

many issues, including immigration. Tlaib was one of two Muslim women elected to the

The caller asserted, “We don’t see eye to eye on a lot of issues….But I’ll tell you one

thing: she’s a fighter, and I think that’s what’s missing in our legislative branch. There’s

not a lot of fighters there.”

as president, he appeared sympathetic to liberal/progressive Sen. Bernie

Asked if he had a message for Rep.-Elect Tlaib, her brother responded, “I’m proud of

you. I can’t wait to see you get sworn in on Jefferson’s Quran and wearing the

Islamic holy book that was once owned by Thomas Jefferson, one of the Founding

Fathers and the third president of the United States. That same copy of the Quran was

previously used in 2007 when Rep. Keith Ellison, a Muslim, was sworn into Congress.