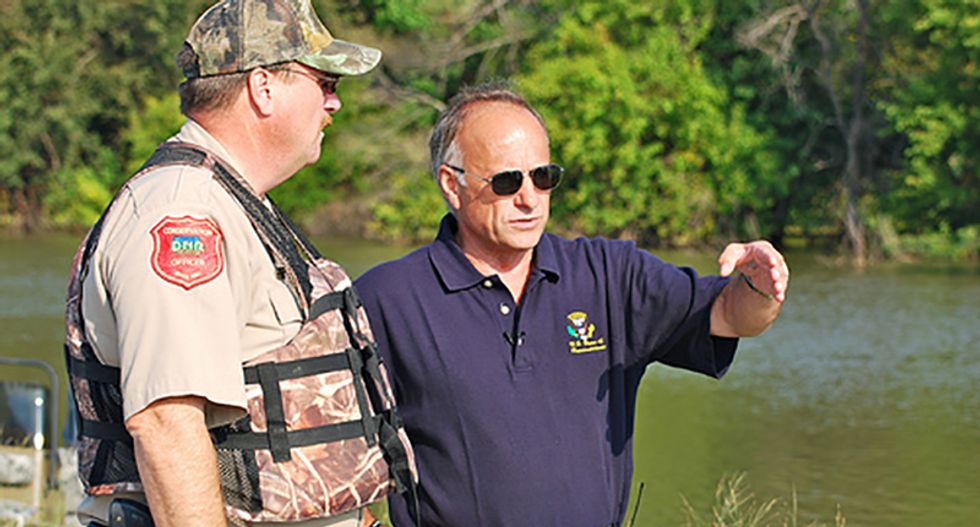 “White nationalist, white supremacist, Western civilization — how did that language become offensive?” Rep. King asked the Times. “Why did I sit in classes teaching me about the merits of our history and our civilization?”

King, a nine-term Congressman who represents a district that is more than 95 percent white, is perhaps best-known for accusing undocumented immigrants of having "calves the size of cantaloupes" from "running drugs across the Mexican border."

The Times says that "Mr. King, in the interview, said he was not a racist."

The paper notes that Rep. King "has used racist language in the past, promotes neo-Nazis on Twitter and was recently denounced by one Republican leader as a white supremacist."

NCRM has covered King for nearly a decade.

King has compared transgender troops in the U.S. Military to eunuchs. He has said gay people are "condemned to hell," he believes it should be legal to fire people for being gay, and has advocated for gay people to lie and say they are straight to avoid being fired.

In 2014 he expressed fear that Hurricane Sandy victims would spend money they might receive from FEMA on “Gucci bags and massage parlors.” He has likened liberals, progressives, and socialists to "Maoists" and "Marists" while declaring all of them "enemies" of America. King has also compared Democrats to Nazis.

Is Congressman King a white supremacist? It appears many think so.