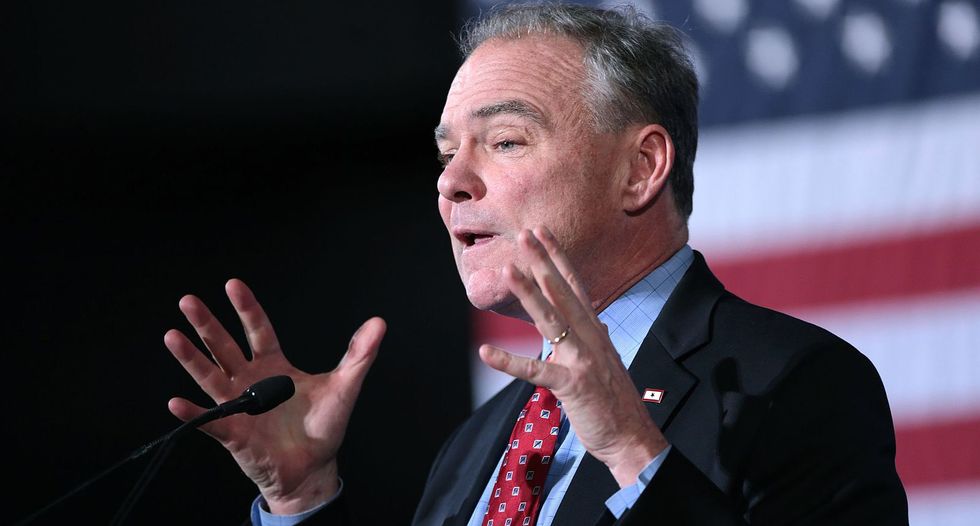 A Medicare buy-in. A Medicaid buy-in. Medicare for retiring police officers and firefighters under the age of 65. Defend and strengthen Obamacare.

With Medicare for All polling at an unprecedented 70 percent support among the American public and headed toward its first-ever congressional hearing, Politico on Tuesday reported that there is a growing effort among congressional Democrats—including some 2020 presidential hopefuls—to "water down" the grassroots push for a transformative single-payer program by offering up more incremental approaches to solving America's for-profit healthcare crisis.

The proposals listed above, which Politicoencapsulated with the term "Medicare for More," are just a handful of ideas Democratic lawmakers have put forth as ostensibly more "pragmatic" paths to achieving a humane healthcare system.

But grassroots Medicare for All advocates and campaigners—whose voices were absent from Politico's report—strongly objected to any plan that leaves intact central elements of a status quo that has produced enormous profits for the insurance and pharmaceutical industries, while leaving millions of Americans with soaring costs or entirely uninsured.

"Improved Medicare for All has support from an overwhelming majority of Democratic voters, so why the sudden proliferation of public option proposals? We should be very skeptical of these sorts of bills," Dr. Adam Gaffney, president of Physicians for a National Health Program (PNHP), told Common Dreams.

"They would not solve the fundamental problems of the American healthcare system, such as uninsurance, underinsurance, enormous administrative waste, or sky-high drug prices," Gaffney added. "Only improved Medicare for All, aka single-payer, could accomplish those goals, reining in costs while achieving first-dollar universal coverage for everyone in the nation. This should be the moment that lawmakers coalesce behind the single-payer bills in the House and the Senate."

According to Politico, Democratic leaders as well as rank-and-file lawmakers like Sens. Sherrod Brown, Tim Kaine, and others are refusing to throw their support behind Medicare for All, instead backing plans that "range from modest Medicare reforms to more ambitious restructurings that would extend government-run care to millions of new patients—an array of options that fall short of campaign trail promises for full Medicare for All."

Michael Lighty, a founding fellow of the Sanders Institute, told Common Dreams that such incremental approaches completely fail to address the fundamental crises at the heart of the U.S. healthcare system, which is the most inefficient and ineffective in the industrialized world.

"The dilution of improved Medicare for All remains the greatest threat to guaranteeing healthcare for all," Lighty said. "Without eliminating all barriers to care—starting with the huge out-of-pocket costs workers must pay—we cannot create a just healthcare system. We cannot reduce the huge administrative costs if we continue a fragmented system dominated by commercial insurance companies. This diluted approach would institutionalize big profits, high executive salaries, and political clout for the healthcare industry."

Lighty concluded that Democrats should stop pushing half-measures and work to "improve Medicare for everybody."

In addition to efforts by some Democrats to undercut Medicare for All with non-universal plans that critics say would fail to deliver badly needed results, the insurance industry and major business lobbying groups like the Chamber of Commerce are ramping up their own campaigns to crush single-payer before it gets off the ground.

Thomas Donohue, the president and CEO of the Chamber of Commerce, vowed earlier this month to use all of the resources at his disposal to "combat" Medicare for All.

As part of the effort to overcome this deep-pocketed opposition, National Nurses United (NNU) is holding nationwide Medicare for All "barnstorms"next month to help "build the mass collective action we know we'll need to win."

In a Tuesday op-ed on Common Dreams, essayist Thomas Neuburger wrote that Democrats will soon be forced to pick a side in the immensely consequential fight over the future of the American healthcare system.

"When Medicare for All becomes a bill, the fight will be a cage match with the bright lights on," Neuburger noted. "What will the Democratic Party (in the aggregate) do in response? Will it support, whole-heartedly and by its actions, the health and welfare of the American people, or continue the abuse of the American people by supporting those who extract wealth from suffering?"