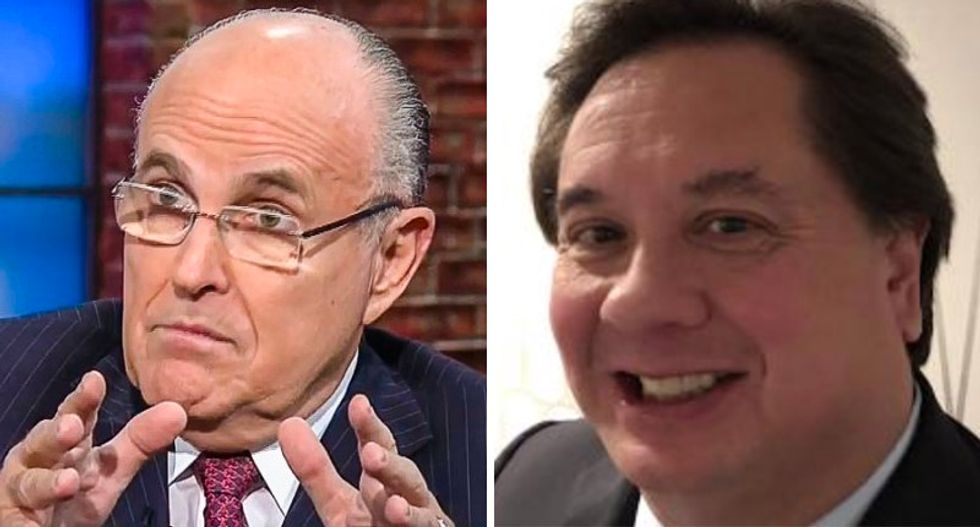 Speaking with CNN’s Jake Tapper on Sunday, Giuliani acknowledged the possibility that Trump and Cohen discussed Cohen's testimony before he spoke to Congress. According to Cohen's guilty plea in the special counsel investigation, Trump's former fixer lied to Congress on three occasions about plans to build a Trump Tower in Moscow, claiming the negotiations ended in January 2016. Giuliani on Sunday acknowledged those negotiations likely lasted until November 2016.

“As far as I know. President Trump did not have discussions with [Cohen], certainly had no discussions with him in which he told him or counseled him to lie,” Giuliani claimed, before adding it “would be perfectly normal” for Trump to have discussed testimony with Cohen.

Referring to that interview, Conway hit back at the administration in which his wife serves.

“Perfectly normal?” Conway asked. “It’s perfectly insane for witnesses in or subject of a criminal investigation to be discussing testimony.”

“Perfectly normal?” It’s perfectly insane for witnesses in or subjects of a criminal investigation to be discussing… https://t.co/fmRDU9Kgc2
— George Conway (@George Conway) 1548002232.0

I’m trying to imagine what the reaction of the United States Attorney for the Southern District of New York in 1988… https://t.co/e8wEzSGGdU
— George Conway (@George Conway) 1548003029.0

If you and another person are under criminal investigation and you discuss his testimony with him, you should expec… https://t.co/KH7yOGsEKa
— Renato Mariotti (@Renato Mariotti) 1548002657.0

Conway also praised CNN’s Tapper for his line of questioning directed at Giuliani.