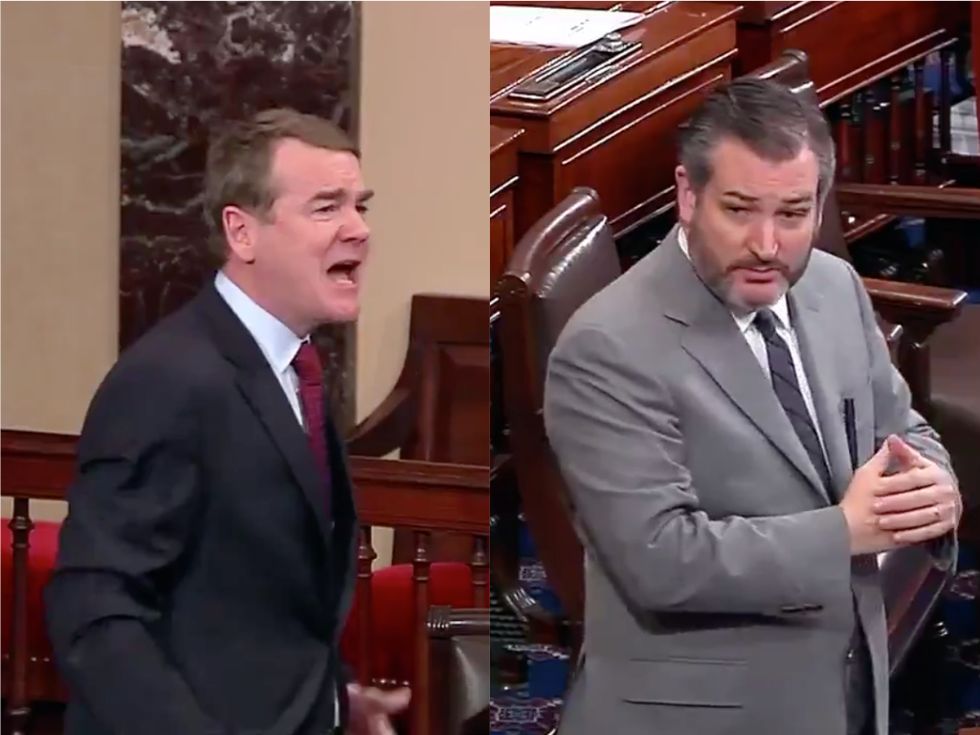 You may not have heard of Sen. Michael Bennet (D-CO) before, but he made his presence known on the Senate floor Thursday in a remarkable way.

As Congress continues to wrestle with itself and with President Donald Trump over the government shutdown, Bennet felt the need to given emotional performance in the chamber in response to Texas Republican Sen. Ted Cruz's hypocritical pleas for the Democrats to give in to the White House's absurd ransom demands. Cruz tried to blame Democrats for the fact that the Coast Guard has not been paid as a result of the shutdown, even though it was Trump and the GOP that reneged on a deal in December that would have secured government funding.

Bennet tore into Cruz: "I seldom, as you know, rise on this floor to contradict someone on the other side. I've worked very hard over the years to work in a bipartisan way with the presiding officer, with my Republican colleagues, but these crocodile tears that the senator from Texas is crying for first responders are too hard for me to take. They're too hard for me to take. Because when the senator from Texas shut this government down in 2013, my state was flooded! It was under water! People were killed!"

Bennet began shouting at this point, his voice echoing off the chamber walls.

"People's houses were destroyed! Their small businesses were ruined! Forever! And because of the senator from Texas, this government was shut down. For politics! — that he surfed to a second-place finish in the Iowa caucuses, but were of no help to the first responders, to the teachers, to the students whose schools were closed with the federal government that was shut down because of the junior senator from Texas," he continued.

Watch the fiery speech below: