Old buildings are the key to transforming our future - here's why 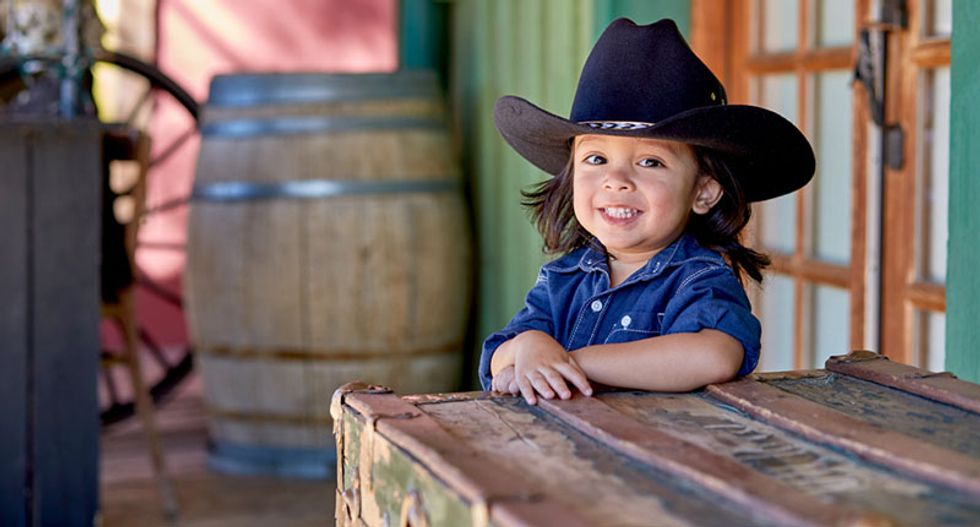 Jonathan Mabry has lived in Tucson, Arizona, for the last 35 years. The Southwestern city of about 526,000 people has sunny weather for two-thirds of the year and gives residents a sweeping view of the mountains, he said. But for many years, that came at a cost.

Mabry, the city’s historic preservation officer from 2007 to 2017, saw urban sprawl take over the city in the first 20 years he lived in Tucson. In the last 10 years, however, that trend has slowed down, and the focus has shifted to the revitalization of the city’s downtown rather than the expansion of its suburban areas.

Tucson used to be a casualty of those midcentury trends of downtown abandonment and blight. Vacant storefronts and shabby buildings lined Congress Street, the hub for most of the city’s downtown activity. There were only a few restaurants and bars, and those buildings in active use consisted predominately of offices.

“At 5 o’clock when all the office workers went home, our downtown became a ghost town,” Mabry said.

The real transformation of downtown Tucson began with the development of a modern streetcar, the Sun Link, in 2014. The 3 1/2 mile route connects the downtown area to the University of Arizona, a crucial element of Tucson’s urban fabric, Mabry said.

The Sun Link sparked a movement to redevelop downtown buildings and helped bridge the physical divide created by Interstate 10 in the 1960s, which split the city in half.

What used to be a ghost town come the end of the workday has now turned into a bustling entertainment hub for Tucson residents. Restored historic theaters bookend Congress Street, and the downtown has become an epicenter for Tucson’s food scene. Mabry said there are more than 60 restaurants downtown, two-thirds of which are locally owned. In 2015 it was designated as the first U.S. “Creative City of Gastronomy” by UNESCO.

Downtown Tucson’s revitalization is part of a larger movement the National Trust for Historic Preservation defines as “reurbanism.” Proponents of reurbanism advocate for the redevelopment of old buildings not only to create a more economically and environmentally sustainable city, but to establish a strong sense of community for its residents.

“If you visit a city where all of the buildings are built within a short frame of time fairly recently, you don’t get the sense that the community has deep roots,” Mabry said.

Cities like Los Angeles and Phoenix have embraced reurbanism in the form of adaptive reuse programs, initiatives that make it easier for the developers or business owners to repurpose old spaces.

Mabry was an integral figure in getting the information that convinced Tucson to adopt an adaptive reuse program of their own.

The initial report focused on Seattle, San Francisco, and Washington D.C. It found that cities that had a mix of older and smaller buildings had strong local economies, provided more affordable places for startups, housed a more diverse mix of age groups, and were more walkable than cities mostly composed of newer, larger buildings.

The Research & Policy Lab released its report on the redevelopment of Tucson in 2016, which found many similarities with the cities in the original study.

“A lot of cities are growing rapidly. We should have ways of including new development alongside the old in a way that leans on the strength of buildings and affords additional housing supply,” Powe said.

In the early 20th century, cities consisted mostly of local businesses and small buildings, Powe said. The development of the interstate highway system prompted a reimagining of the idea of the city—one that included high-rises, convention centers, and sports stadiums.

Reurbanism takes new and old iterations of city life and aims to make them work cohesively. It’s about “trying to make the old fabric integrate with the new development in a way that functions well for 21st-century cities,” Powe said.

This means building mass transit so that a city is less reliant on the automobile and parking-dependent development.

Adaptive reuse programs put these ideas of reurbanism into action.

In 1999, Los Angeles adopted its Adaptive Reuse Ordinance as to repurpose old buildings into residences. The ordinance expedited the approval process and ensured that the buildings wouldn’t be subject to the same zoning and code requirements as new developments.

Phoenix’s adaptive reuse pilot program launched in April 2008 to ease the financial burden on developers and small businesses by providing financial incentives to repurpose older buildings. The city sets aside money to cover costs like permitting or architectural fees.

In Tucson, the adaptive reuse of existing buildings provided an economic lifeline to the construction industry during the Great Recession. The projects created more jobs because more technical expertise was required.

The Research & Policy Lab’s study of Tucson found that new commercial development costs about $92 per square foot, compared to $37 per square foot when rehabilitating an older building.

With numbers like these, historic preservation often gets branded as “anti-new development,” Powe said. However, at the end of the day, preserving historic buildings means focusing more on the roots of the community itself.

“Historic preservation is more focused on the people that use those spaces, the uses of the spaces themselves, the culture and the identity of the city,” Powe said.

James Rojas, an urban planner from Los Angeles, believes this attention to community is the most important part in developing a city.

Rojas founded Place It!, an organization that offers workshops for urban planners, architects, or municipal staff that encourages them to look at urban planning through emotional and physical connections to places.

“[People] build a community through social connections,” Rojas said. “I want people to understand how they belong to places.”

Rojas believes adaptive reuse programs preserve “a diverse building stock and with it are the narratives of place that created them.” He said that planning codes and regulations often take a one-size-fits-all approach, which doesn’t consider the connections people make through their communities.

“As humans, we all belong somewhere,” Rojas said.

However, it’s a balancing act between preserving the culture associated with old buildings and leaving room for new development as more people move into town.

A lot of it has to do with the way a building is used, he said. Historical preservation has focused on affordability explicitly rather than just using old buildings for new luxury development.

However, when the balance is struck, Mabry said, civic engagement goes up and more people want to engage with their community and help make it better.

“If you can repurpose an existing older building and give it new life, then that helps sustain this sense of place—this visual continuity of a community,” Mabry said.

The article was funded in part by a grant from the Surdna Foundation.