NPR stuns White House spokesperson with shutdown question: ‘Is the wall worth people getting killed’ in a plane crash? 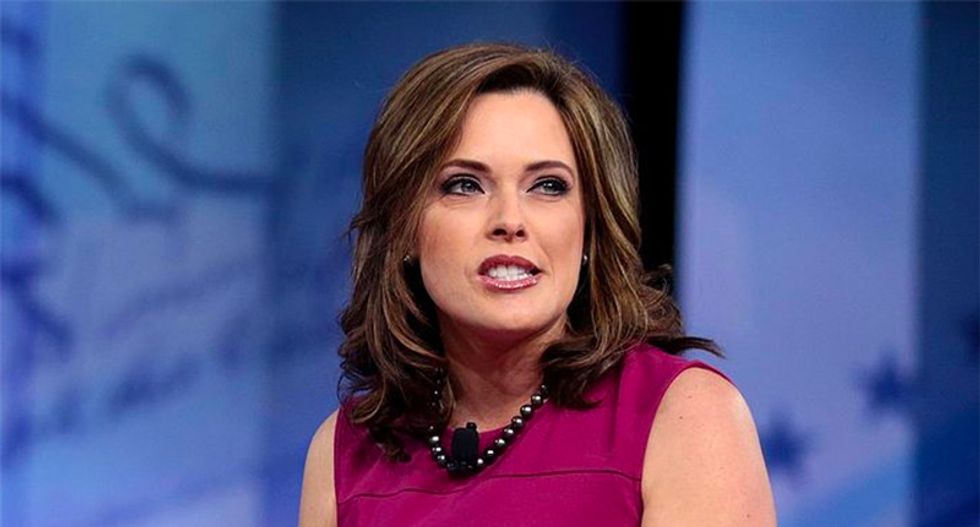 White House spokesperson Mercedes Schlapp seemed to be caught off guard on Thursday when she was asked if Americans potentially dying in a plane crash due to the government shutdown was worth the effort to fund President Donald Trump’s border wall.

During an interview on NPR’s Morning Edition, host Steve Inskeep noted that the Air Traffic Controllers Association has expressed concern about how the government shutdown is impacting airplane safety.

“If a plane crashes and people are killed because of this shutdown, is the wall worth that?” Inskeep wondered.

Schlapp, however, deflected the question.

“What the president wants to do is have the Democrats come to the table,” Schlapp said.

“The president is the one who is making the demand,” Inskeep interrupted. “Is the wall worth people getting killed?”

“The Democrats’ demand is not going to work,” Schlapp replied, ignoring the query. “They don’t even want to have a discussion with the to come to a compromise. So we want to open the government, we want the Democrats to come to the table.”

Inskeep pressed: “If the shutdown leads to a terror attack that gets Americans killed is the wall worth that?”

“Yes or no?” the NPR host demanded to know.

“Again, I’m going to say that the Democrats need to come to the table,” Schlapp repeated. “We are ready to open the government.”

“Why are you uncomfortable answering yes or no to that question?” Inskeep asked.

“I — I think at the end of the day,” Schlapp stuttered, “not any American thinks that, you know, we want to [create] any safety concerns. And that is why the president wants to open up the government, secure our border, have the Democrats come to the table.”

Listen to the interview below from NPR.