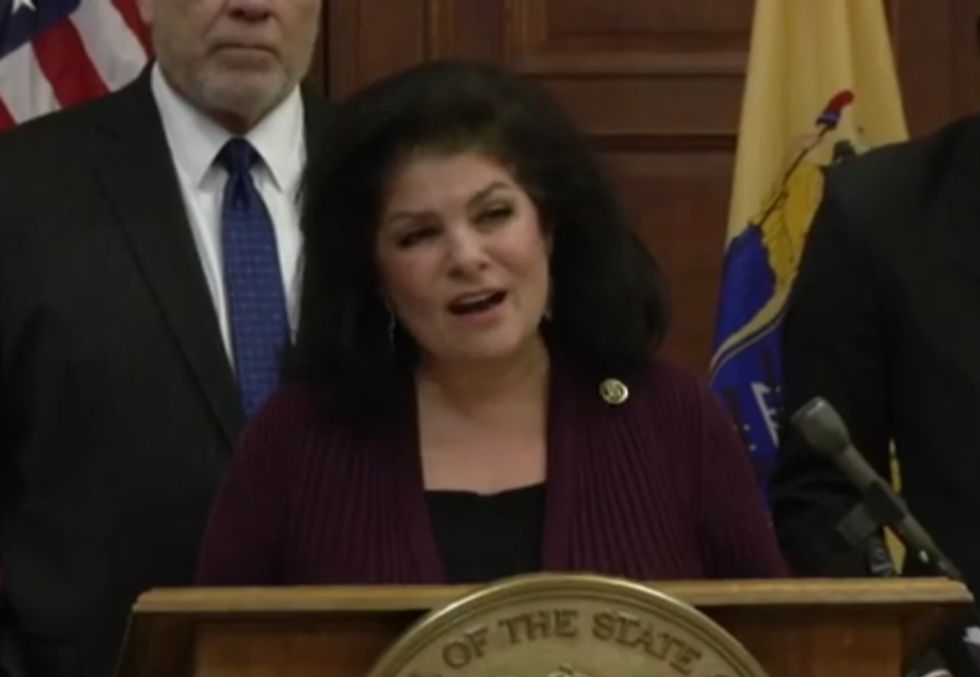 One of the many House seats Democrats won in 2018 was New Jersey's 3rd Congressional District, where former diplomat Andy Kim defeated Rep. Tom MacArthur, a two-term lawmaker who played a crucial role in designing the House GOP's bill to repeal the ACA.

New Jersey Republicans likely want to target this traditionally conservative district especially hard, as President Donald Trump carried it by 6 points and Kim only won it by 1 point. But their plans to do so suffered a major early blow this week.

One of the GOP's most prominent potential challengers to Kim was state Sen. Dawn Addiego, who earlier this week didn't rule out the possibility and said, "I'm keeping my options open." But on Monday, Addiego very much closed the door on that possibility — by announcing she was leaving the GOP to become a Democrat.

"As gridlock in Washington dominates the news, it has become increasingly clear that in order to effect change you have to be part of the discussion and not on the outside looking in," she said in an announcement on Facebook. "The people of the 8th District did not elect me to be content in the role of loyal opposition."

Addiego, an attorney who has represented the 8th Senate District since 2010, is the fifth Republican state lawmaker in the last two months to defect to the Democratic Party. In December, three Kansas legislators from the Kansas City area, Sens. Barbara Bollier and Dinah Sykes and Rep. Stephanie Clayton, switched from GOP to Democratic. And in California, moderate San Diego Assemblyman Brian Maienschein defected last week, calling Trump's immigration stance "offensive," "immature," and "counterproductive," and saying he also does not support his erstwhile party on labor, LGBTQ rights, women's rights, or gun control.

Addiego's switch, in addition to increasing Democrats' already gigantic majority in the state Senate, leaves New Jersey Republicans with few avenues to reclaim the 3rd District. The 2020 House elections are a long way off, but recruiting someone else could be difficult because Ocean County GOP Chair George Gilmore, one of the party's key power brokers in the district, is indicted on six federal tax charges and heading to trial in March.

Recruitment woes were an albatross for the GOP in New Jersey during the 2018 elections, too. In the 2nd District, their main option to replace retiring Rep. Frank LoBiondo was Hirsh Singh, an engineer who pretended to be a millionaire. But he unexpectedly lost the primary to Seth Grossman, an Atlantic City councilman and talk radio host who said diversity is "a bunch of crap" and Islam is a "cancer." Even the GOP eventually disavowed him as racist, and he lost to moderate Democratic state Sen. Jeff Van Drew.

New Jersey Republicans have been crushed under the mountainous combined weight of public hatred of Trump, tax increases from the GOP tax bill, and lingering disgust with disgraced former Gov. Chris Christie. And as the Addiego saga shows, they don't appear poised to leave the wilderness anytime soon.