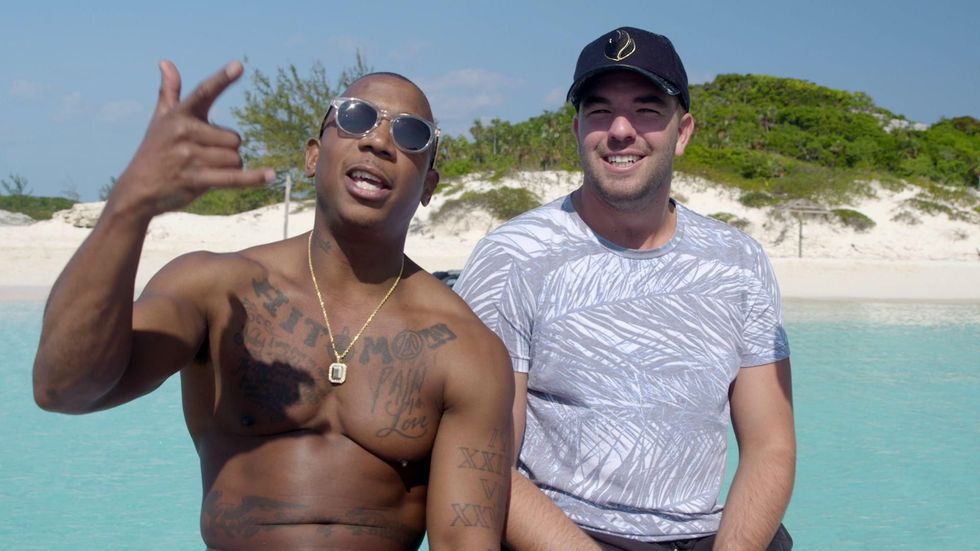 The real schadenfreude of the Fyre Festival — the ill-planned, ill-executed Coachella-in-the-Bahamas VIP music festival that convinced thousands of really rich people to to schlep to a Bahamian island where they were forced to sleep on damp mattresses in hurricane shelter tents — derived from how unrelatable the debacle was to the average person. Who among us has been hoodwinked into spending five or six figures on such a lascivious gambit? Fyre Festival was billed as an elite, exclusive event, and seeing the rich get soaked — literally — in a moment of historically high income inequality was cathartic for the public.

Now, as Netflix and Hulu release dual, competing autopsy reports on where Fyre went wrong — titled “FYRE: The Greatest Party that Never Happened” and “Fyre Fraud,” respectively — the truth of the matter is becoming slightly more complicated, mostly because it turns out it wasn’t just rich people getting soaked. Lots of mid-career white collar workers,  day laborers, cooks and contractors lost weeks or months of their life (and their wages) working under the delusional Fyre executives, CEO Billy McFarland and CMO Grant Margolin. And while the Fyre Festival set out to be a rarefied, exclusive experience, it certainly wasn't for its workers. Indeed, for a huge swath of the American labor force, the Fyre employees' horrific experience is just everyday life.

“Greatest Party,” more than “Fyre Fraud,” tells the sordid tale of the workers on the ground. The workers had a direct window into management’s unrealistic expectations and poor planning; some workers, like consultant Marc Weinstein, foresaw what would happen and attempted to warn McFarland and Margolin in emails, to no avail. “When we were down to probably ten days left to the festival,” Weinstein says in “Greatest Party,” “they didn’t have enough tents... 350 people would have nowhere to say... houses we sourced weren’t getting paid... this was now becoming clear that there wasn’t any money.” Owners of vacation homes they’d rented were complaining that the fund they were wired weren’t appearing, and Weinstein says that management encouraged him to lie about the situation. “I had an explicit phone call from one of the management team to stop telling [investor] Carola [Jain] about the housing situation,” Weinstein says, “because they were trying to get more money from her, and my emails were alarming her… they outright told me to be dishonest.”

Weinstein finally issued an email ultimatum to Margolin and McFarland. As he recounts, it read,

‘I have tried to warn you multiple times, but my words have fallen on deaf ears. We are one day out without enough beds to safely house our staff, our VIP guests and our paid customers. We need to cancel more guests immediately.’[...]

‘Imagine a scenario where 350 people arrive onto a remote island, are herded onto yellow schoolbuses, brought to a festival site that is unfinished with nowhere to sleep, and to make it worse they have no way to get home because we don’t have any charter flights booked back for them. I know you’re worried about press but there is no worse situation than that.’

Rather than address these concerns, management appeared to be in denial; McFarland's email response, according to Weinstein: "at least they’ll see your smiling face and yoga skills” — alluding to Weinstein's role as the yoga instructor for Fyre.

Other office staff in Fyre's New York offices also had a bad feeling as the big day approached. Shiyuan Deng, a product designer who worked on the booking app that was coincidental with the festival, said that her team “knew very little about what was happening on the festival side, except the persistent feeling of growing dread.”

Fyre employee Samuel Krost spoke out about the lack of preparation. “You can’t have people come, this is not going to work,” Krost said to McFarland. McFarland replied, per Krost, “if you want to leave, you can leave… if you’re not going to leave, we’re here to find solutions.”

The employees and contractors — both those engaged in manual labor and those involved in logistics — were grossly overworked in the weeks leading up to the abortive festival. Weinstein says he “didn’t sleep” at all the last night, when a rainstorm drenched the hurricane tents they were billing as luxury experiences. “This site’s unfinished, there’s mattresses all over the place getting soaked… any tent that was done is now unlivable, and the guests are still coming, and we have nowhere to put them.”

“You had people basically working 24 hours a day,” Krost says in "Greatest Party." "I had to work basically two days in one because of Fyre Media and then Fyre Festival.”

“Every single day it got endlessly more tense,” MDavid Low, Fyre’s creative director, told the camera. The consultants and project managers didn’t suffer as much as the Bahamians, most of whom were doing the brunt of the hard labor — serving food and moving sand, beds and tents around to prepare. “They’re frantically building the site,” Weinstein said. “100 day laborers working around the clock, no sleep.”

“A lot of my workers didn't get paid … he kept on saying ‘J.R., the money is coming.’ The money never reached,” Exuma local and contractor J.R. says in "Greatest Party." J.R. tells the documentarians that after being stiffed by Fyre, he had to move out of his home due to threats.

Maryann Rolle, a cook and Bahamian who lives on Exuma Point, says that Fyre “had every living soul on the island of Exuma who could life a towel working.” Rolle was tasked with “feed[ing] all the staff…. [I] was taking on the whole Fyre operation under my wings,” she says.

But because Rolle was never paid for her work — nor were the 10 people working under her, cooking all day without sleep  — her angry subordinates demanded she pay them instead. “I had to literally pay all those people... I am here as a Bahamian, and they stand in my face everyday. I went through about $50,000 of my savings that I could've had for a rainy day and they just wipe it out and never looked back,” she says through tears. After the documentary came out, someone started a crowdfunding campaign to help Rolle and her family recover financially, which has raised nearly $200,000 so far.

The profile of CEO Billy McFarland might sound familiar to many workers. He seemed to dip into employees’ workdays just long enough to encourage them that all was right, before disappearing equally quickly. “You know, Billy would be in the room, and he’d be kind of the CEO, calling the shots, and then every now and then, he would just walk out, go get on his four-wheeler, and just ride really fast in, like, one direction," Mick Purzycki, CEO of Jerry Media, says in "Greatest Party." "Just take off. And then he would come right back and walk back in without [a] lot to talk about, but you could just see he had bottled-up energy.”

McFarland also practices the time-tested managerial strategy of undermining his employees’ work and organization through obliviousness. Fyre’s employees, bless them, did the best that they could despite the outrageous circumstances, and seemed genuinely concerned about the risk to the brand and to the attendees' health, safety and comfort; in return, McFarland threatens them after the festival’s disorganization started to leak. Weinstein says McFarland called a “witch hunt meeting,” where they were threatened by top brass that if the leakers were discovered, they would be both sued and fired. Later, when the company goes belly-up, McFarland neglects to lay off his employees, denying them the ability to go on unemployment insurance; one programmer says American Express is trying to get him to pay off the company's credit card.

While McFarland rebuffs Weinstein's earnest criticism, other employees were often afraid to give McFarland honest feedback. This is echoed by many different voices in both documentaries, and it paints a picture of employees who were scared of bursting the delirious bubble that McFarland was in. As one of the Bahamian day laborers tells the camera,

As me and Billy was riding back towards the site, you know, he [had] a kinda like panicky look. He’s like, ‘what do you think? … do you think we can get everything done before Thursday?” I said to myself right there, ‘you want to lie to him or you just want to speak the truth?’ ‘cause sometimes the truth can [be] ugly.’"

But he relented, and said: “Billy, I think we can do it, but we need some more time. We need to do some overtime and we need to push… we need to do more hours.”

This type of behavior is very common in the American workplace: Slate says their their “Ask a Manager” advice column mailbox is “full of letters from people who want to say no to something their employer is asking of them, but feel that they can’t—that part of having a job is putting up with whatever’s asked of them, or that pushing back would forever taint them in their manager’s eyes.” The article that quote comes from, which is about why it’s so hard to say no to a boss, is full of real-life stories from employees who struggled with the same problems that the Fyre crew had to deal with. Though an extreme example, the Fyre Festival debacle points to the worst-case scenario for what happens when employees are afraid to give critical feedback.

Ultimately, the people who suffered most when Fyre Festival fell apart weren’t the poor rich people who flew out there, nor the white collar workers and consultants on hand. It was the Bahamians who lived on Exuma who did the bulk of the backbreaking manual labor and service labor for the festival -- and who, both documentaries reveal, were largely unpaid for their work. To their credit, Netflix's documentary does a good job elucidating their struggle.

Both in the workplace and the economy at large, this maxim holds: when an institution goes belly-up, the closer you are at the top, the less likely you are to suffer; and the closer you are to the bottom, the worse-hit you are. The culture capitalism begets is a chain of importance, and the richer are more important and have more access to lawyers and social capital that helps maintain their power; while those at the bottom experience the opposite. Fyre Festival may have been exclusive, but the exploitation of its workers was quotidian.