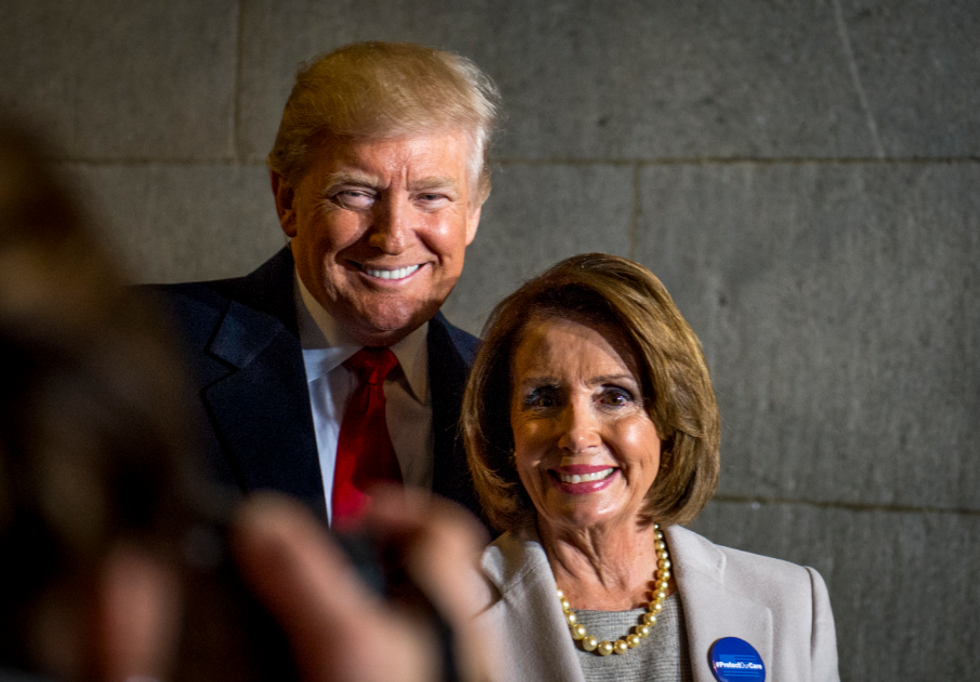 President Donald Trump's disastrous government shutdown is finally over, and his demand that Congress pass a border wall is moribund.

But there is one more loose end to be tied up: the State of the Union address. Will House Speaker Nancy Pelosi (D-CA) allow the event to take place now that the shutdown is over? The answer, apparently, is yes — but only on her terms.

On Monday, Pelosi delivered a letter to Trump notifying him that he is free to deliver the address on February 5, a week after he had wanted to do it:

With government now re-opened, I have invited @realDonaldTrump to deliver the State of the Union address on Tuesday… https://t.co/VbQoKEZXCo
— Nancy Pelosi (@Nancy Pelosi) 1548713539

The State of the Union address is an annual tradition outlined by Article II, Section 3 of the Constitution, which states that the president "shall from time to time give to the Congress Information of the State of the Union, and recommend to their Consideration such Measures as he shall judge necessary and expedient." In the earlier years, presidents just sent Congress a letter, but in recent decades it has morphed into a grandiose, long-winded speech on national television in which the president reads off a policy agenda from the floor of the House — a spectacle that many political experts hate.

Trump's State of the Union address was originally slated to take place on January 29, and his deeply nativist policy adviser Stephen Miller, who led the charge to shut down the government in the first place, was writing a speech for Trump that would blame Democrats for the disaster. But Pelosi put her foot down, essentially telling Trump that as long as the government was shut down, the House would authorize him to give his speech there. After days of posturing, Trump finally caved, admitting Pelosi had the final say in the matter.

Right up until the very end, Pelosi has kept Trump on the defensive, forcing him to accommodate her. Now that the shutdown is over with none of Trump's final demands granted and public support for the president in ruins, Pelosi moving back the date of Trump's speech is one final reminder that she held all the cards from day one.