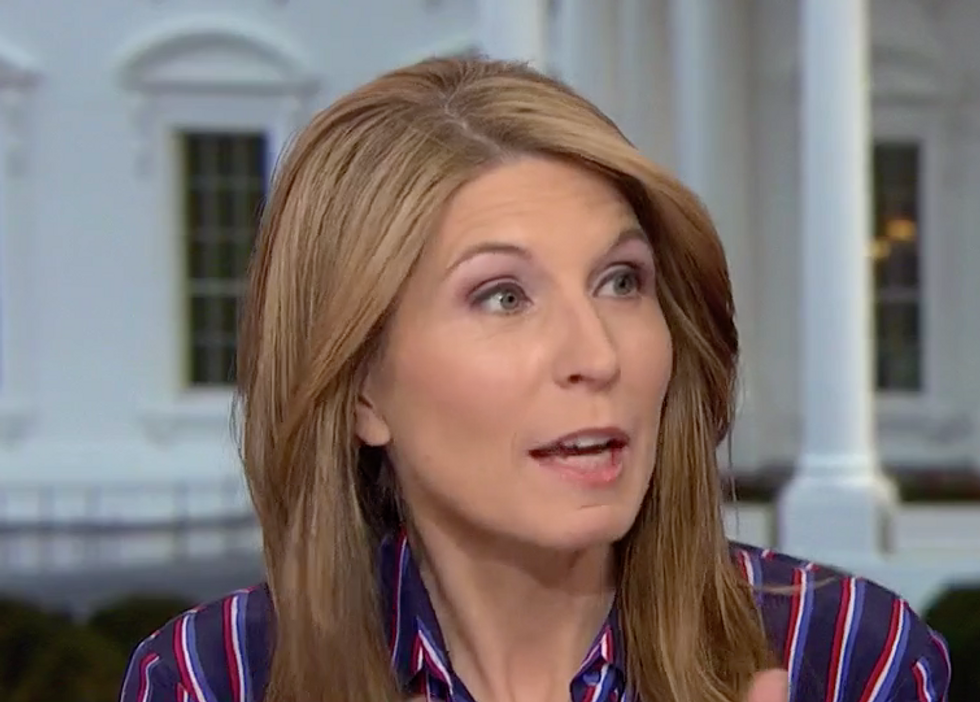 President Donald Trump and House Speaker Nancy Pelosi continue to go back and forth about whether she will allow him to give the State of the Union address in Congress on Jan. 29 — though ultimately, she has the final say on whether it happens. She has rescinded his invitation to deliver the speech, saying it would be inappropriate as long as the government shutdown continues.

But on MSNBC's "Deadline: White House." host Nicolle Wallace presented an alternative strategy for Pelosi that could be even more humiliating to Trump than not being allowed to give the speech.

"OK, I have an idea. I used to dabble in politics a little bit," she said. "Why doesn't Nancy Pelosi say: 'You can come. I'm going to be at the food bank that the FBI has set up because you're not paying them, and so they can't feed their families. And here's what we're going to do with all our seats: As Democrats, we're going to give all of our seats to furloughed federal workers. And you look them in the eye — you coward! — and you tell them why they don't have two paychecks.'"

Her panelists were enthusiastic about the idea.

"But why doesn't she call his bluff?" Wallace added.

Reporter Jonathan Lemire of the Associated Press agreed it was a strong plan, adding: "At the very least, the Democratic response after the State of the Union, if he gives a speech, shouldn't be Schumer and Pelosi — it should be these workers. It should be people telling their stories."