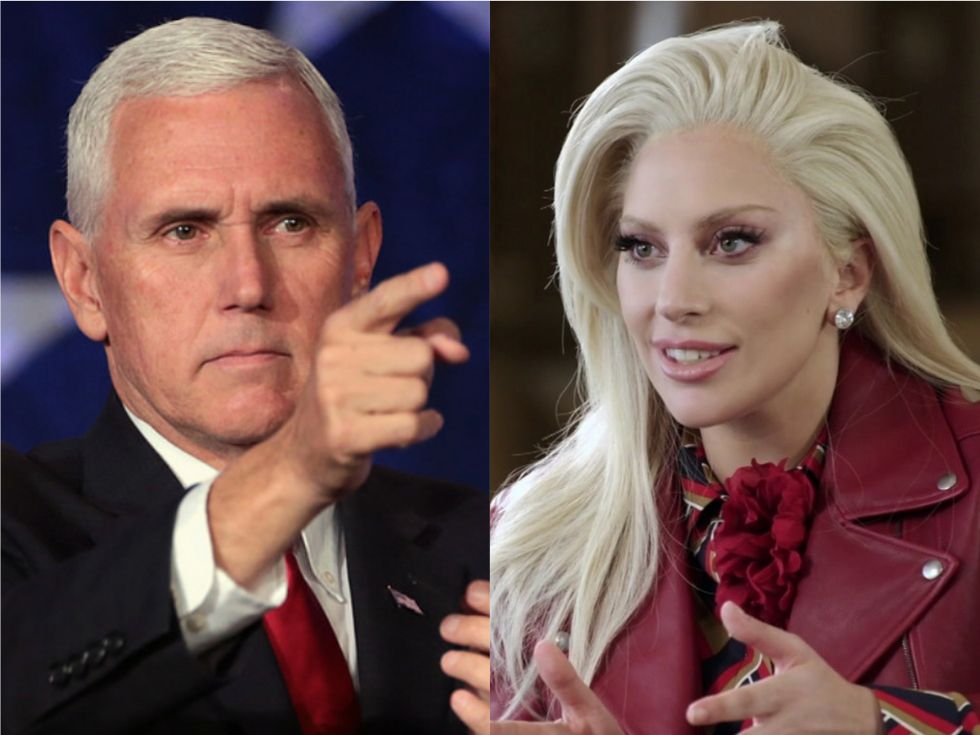 Lady Gaga had a lot to say about President Donald Trump and Vice President Mike Pence during a Saturday night appearance in Las Vegas — and none of it was praise.

The 32-year-old pop star’s “Enigma” show is in residence at Vegas’ Park Theater, where she spoke out on the partial shutdown of the federal government during a performance of her hit “Million Reasons.” For four weeks, roughly 800,000 federal workers have either been furloughed or asked to report to work without a definite pay date — and Gaga angrily urged Trump to end the shutdown before it causes any more misery.

Gaga told the audience, “If the f*****g president of the United States could please put our government back, there are people who live paycheck to paycheck and need their money.”

Gaga attacked Pence for his anti-gay record. The vice president’s wife teaches art at Springfield, Virginia’s fundamentalist Immanuel Christian School, which has a policy excluding gay or bisexual students. And Pence has defended his wife’s decision to work there.

“To Mike Pence, who thinks that it’s acceptable that his wife works at a school that bans LGBTQ, you’re wrong,” Gaga declared. “You’re the worst representation of what it means to be a Christian.”

Gaga went on to say that while she identifies as a Christian, she opposes the severe fundamentalist view of Christianity that Pence embraces.

“I am a Christian woman, and what I do know about Christianity is that we bear no prejudice — and everybody is welcome,” Gaga told her Vegas fans. “So you can take all that disgrace, Mr. Pence, and look yourself in the mirror — and you’ll find it right there.”

This is hardly the first time Pence has been criticized for his anti-gay record. When he was serving as governor of Indiana in 2015, Pence signed into law the Religious Freedom Restoration Act—which was widely criticized for encouraging discrimination against gays and led to boycotts of the state.