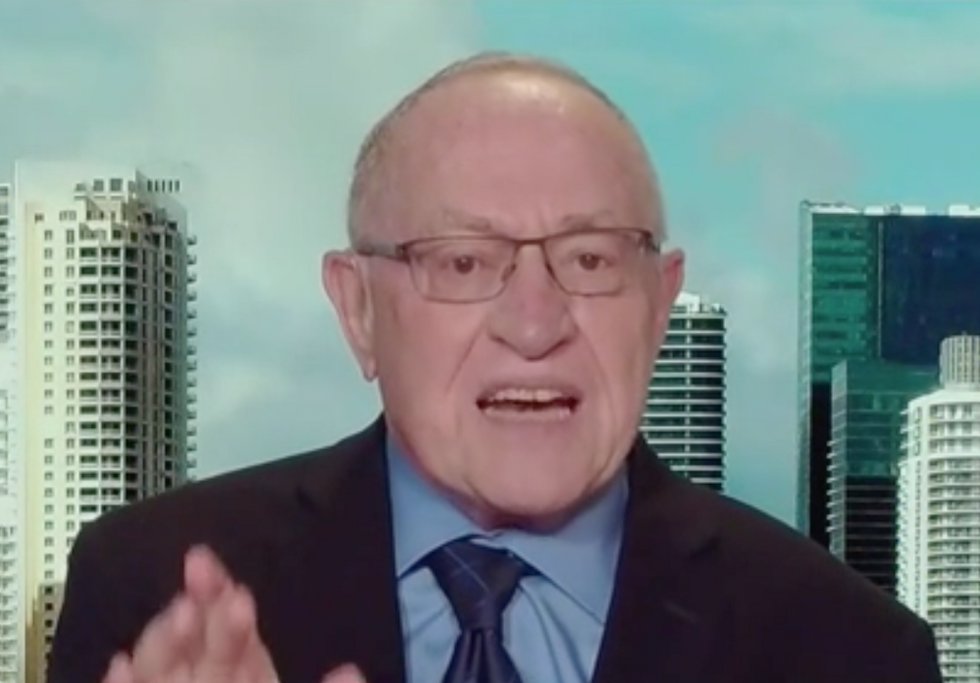 Dershowitz was perfectly calm when discussing former Trump Campaign Chairman Paul Manafort’s scheduled appearance in federal court. But when Hemmer mentioned the elements of Stone’s indictment, Dershowitz became agitated. Stone has been indicted on seven felony charges, including five counts of making false statements, one count of obstruction of justice and one count of witness tampering.

Hemmer went out of his way to give Stone every benefit of the doubt, noting that Mueller’s office believes he was in touch with WikiLeaks during the 2016 presidential campaign — not directly in touch with the Russian government.

But even that upset Dershowitz, who snapped, “It’s like just writing something, scribbling something on the wall of a bathroom, accusing somebody of something. There’s no opportunity to rebut that because it’s not charged as a crime. That’s important. The storytelling part of this is just storytelling!”

Hemmer noted that Stone had been “saying for two years” that he was “likely to be indicted,” asking Dershowitz, “Why does it take two and one-half years to get to this point?”

Dershowitz, growing calmer, responded, “Well, there may have been a sealed indictment for a while. We don’t know the answer to that question, but they were probably trying to build up the case. And they didn’t want a one-count or a two-count—they wanted, you know, a seven-count indictment. So it takes some time to do that. And maybe they were negotiating behind the scenes. We don’t know that.”