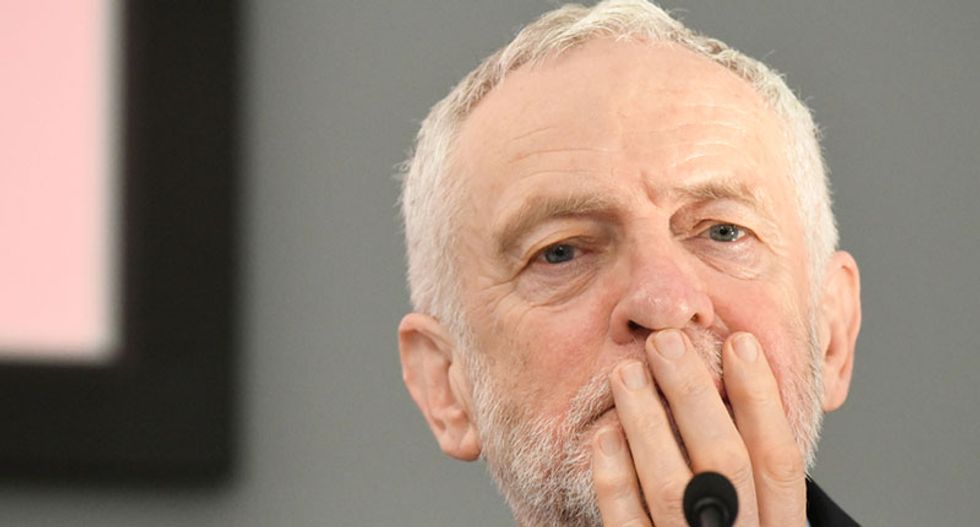 Jeremy Corbyn will not talk to Theresa May unless she agrees to rule out a no-deal Brexit. The UK Labour leader will get a cheer whenever he says this publicly over the next few days, because it sounds like he is merely insisting that leaving without a withdrawal agreement should not be an option regarding Britain’s exit from the EU.

But that is not at all he is saying. What he really means is that there are no circumstances in which Labour will offer the prime minister any votes. He knows May cannot rule out no deal at this stage, just as she cannot be seen to be compromising in plain sight with Corbyn. It should not be so, but it is. And by refusing to participate in private discussions, Corbyn knows full well he is pushing May further in the direction of the hard Brexiters within her party, making no deal much more likely.

This is not to suggest that Corbyn wants to leave without a withdrawal deal. But what he wants, almost to the exclusion of everything else, is a general election. Again, this sounds creditable, at least to some extent. May’s government has failed, and by British constitutional norms, the prime minister should have resigned.

But she has not, and is not going to. And Corbyn knows full well, again, that Labour would in all likelihood lose a general election anyway. Admittedly I, like the majority of Corbyn’s own supporters, under-estimated his appeal at the 2017 election, and could be wrong again. But unlike 2017, most people know enough about Corbyn by now to have made up their mind. His policy programme could be popular, but his Brexit antics are not – and the latter obscures the former.

Worse, even if Labour does eventually inflict a no-confidence defeat on May, the rules state that the Conservatives will be given time to form a different government before an election can happen. There is no reason to believe that another Conservative leader would acquiesce to an election. Likely candidates, such as Jeremy Hunt or Sajid Javid, would probably have to claim to have made peace with a possible no deal in order to win the leadership. Pursuing a general election therefore also makes no deal significantly more likely.

So why is Corbyn pursuing something that is unlikely to happen, and unlikely to work in Labour’s favour even if it were to happen? We must not overlook the sense of persecution which underpins the perspective we now call Corbynism. Corbyn’s worldview obviously has its roots in the Bennite politics of the 1970s and early 1980s. But its more specific genesis is in fact the defeat of Bennism: Michael Foot’s resounding election loss in 1983, the failure of the National Union of Mineworkers to defeat Margaret Thatcher, and Tony Benn’s failure to remove incumbent Labour leader Neil Kinnock in 1988.

Corbynism is thus defined by its marginality, a vantage which drove a self-affirming folklore of political martyrdom on Labour’s residual hard left. In 2015, when Corbyn unexpectedly won the Labour leadership, everything changed and nothing changed.

This is not the same as saying that the Labour leadership does not care about winning elections. But it wants to win on its own terms. It is odd that we credit Corbyn for his political savvy in fudging the Brexit issue at the 2017 election. He did no such thing: he insisted that Brexit had to happen, and at the same time criticised the right-wing Brexit project, because he too wanted to have his cake and eat it. Many of his supporters read this as a strategic fudge, because that was what they wanted it to be.

There are clearly people around Corbyn who understand that this accidental strategy has exceeded its shelf life, and recognise that Labour needs eventually to oppose Brexit in order to keep the Corbynite movement, and its fledgling electoral coalition, intact. Ironically, it is the veneration of “Jeremy” among party members that is inhibiting figures such as John McDonnell from pushing Corbyn towards a more member-friendly position on Brexit.

Such is the reverance of Corbyn, or the idea of Corbyn, that many on Labour’s left have now embraced “Lexit”, or left-wing Brexit. But most Corbyn supporters are dedicated remainers. The younger, more liberal Corbynite wing now begrudgingly advocates some form of soft Brexit, such as Norway plus (which the EU has of course rejected, although this could change).

They have unfortunately not explained why, if they have accepted Brexit, they cannot simply throw their weight behind May’s withdrawal deal, since it essentially means Britain gets a very soft Brexit for now, until a trade deal is agreed (which may or may not be before the Northern Ireland “backstop” is required). The only reason politically for Labour to accept Brexit – concerns about free movement in many Labour constituencies – is one of the few issues May’s deal actually delivers on.

Labour’s next generation of leaders remain too attached to Corbyn, organisationally and emotionally, to break ranks yet in sufficient numbers, whether in favour of the second referendum they desire, or the compromise they know is necessary to avert no deal.

It is worth noting finally that Corbyn should be taken at his word regarding his advocacy of remaining in the customs union. It is probably not a realistic solution, since the EU would not agree to a permanent customs union with Britain which does not include single market membership. This is effectively what the backstop would entail anyway – the EU will not want to make this arrangement permanent, which is why May will not entertain the proposal at this stage. The Labour position on the single market is also based on a misunderstanding of EU state aid rules.

But it would be quite wrong to understand Labour’s position as a compromise, even though it is sincere. It represents exactly what Corbyn wants: to leave the EU while at the same time disabling the Brexiters’ neoliberal trade policy agenda. He would risk a chaotic no deal to continue pursuing this highly implausible outcome.