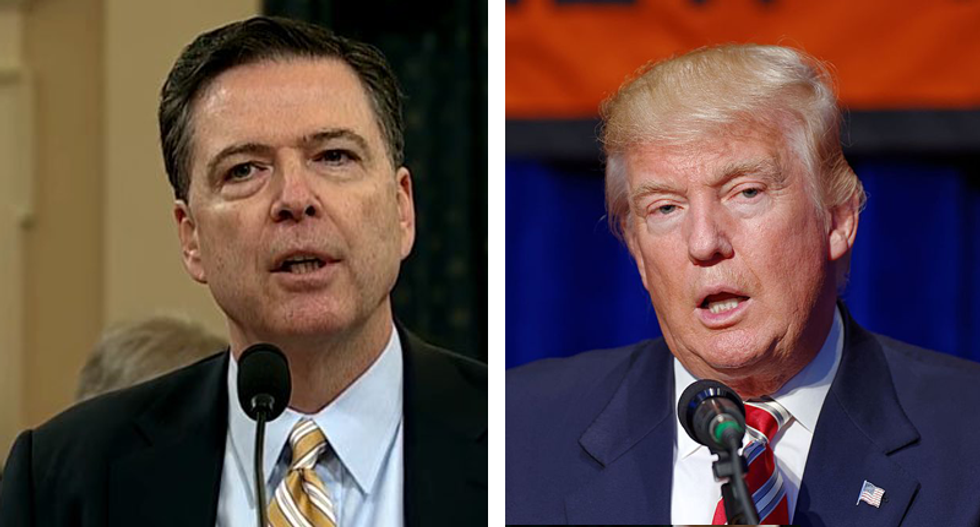 Former FBI director James Comey quietly "subtweeted" -- that is, indirectly responded without using names -- to President Trump, using the words of another former President against the current occupant of the White House.

Unlike the President, Comey doesn't often take to his Twitter account, having only "tweeted" three times this year.

Early in President Trump's term, the president was fond of Comey, although their relationship soured quickly. Comey has since become a critic of the President. and his actions.

The President fired Comey in May 2017, supposedly in response to Comey's handling of the investigation into his opponent, Hillary Clinton. Later, the president changed his story, saying that the termination had more to do with Comey's part in the investigation of Russian interference into the 2016 President election.

In the last few days, it has become clearer that the FBI had opened up an investigation into the President after the termination, over fears that Trump was a Russian asset.

Trump hasn't directly responded to these concerns, but has opted instead to attack those involved, including Comey.

Wow, just learned in the Failing New York Times that the corrupt former leaders of the FBI, almost all fired or for… https://t.co/w6DbjxRfnC
— Donald J. Trump (@Donald J. Trump)1547294736.0

This is not the first time Comey has used a quote to "subtweet" about the President and his actions. In October of 2017, he also took to Twitter, at that time under his pseudonymous Twitter handle, "Reinhold Niebuhr." At that time, he spoke out about the first charges from the Mueller investigation impacting Paul Manafort and Richard Gates.