'It's a crisis alright': New report shows how Trump's shutdown is endangering the public 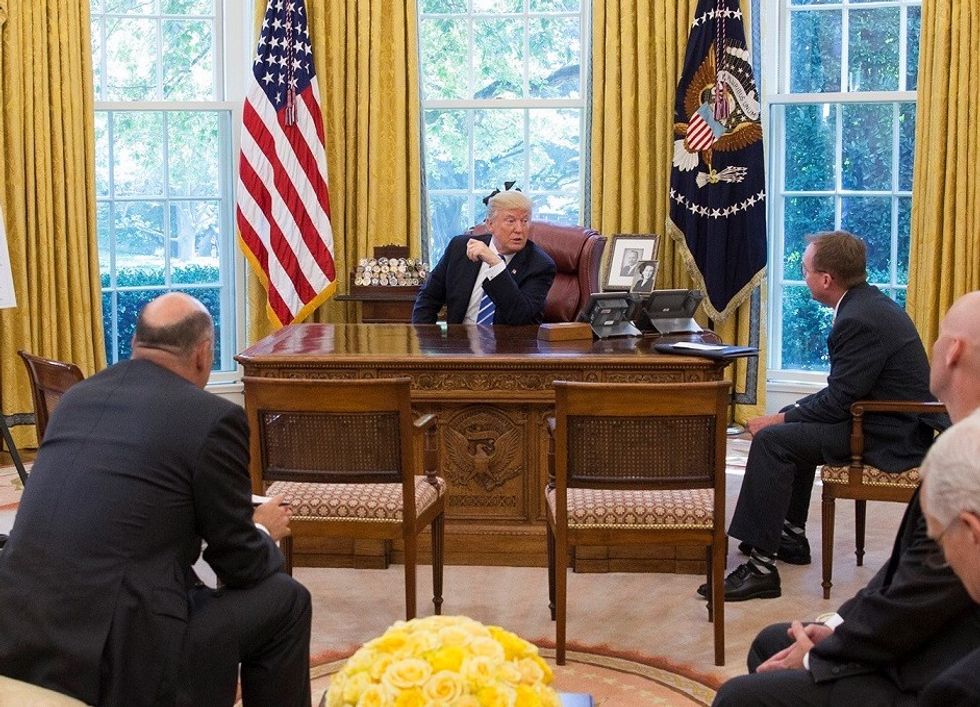 In addition to pushing thousands of low-wage workers to the brink of financial collapse and imperiling life-saving public programs like food stamps and Medicare, a Public Citizen report released on Wednesday found that the government shutdown over President Donald Trump's demand for border wall funding is also placing crucial consumer, health, and safety protections at serious risk.

Authored by Rick Claypool, a research director at Public Citizen, the new report examines how nearly a dozen federal agencies have been impacted by the Trump shutdown, which has furloughed hundreds of thousands of government employees.

According to Public Citizen's analysis, under-discussed but extremely important federal agencies like the Consumer Product Safety Commission, the Equal Employment Opportunity Commission, and Securities and Exchange Commission are currently operating without over 90 percent of their staff due to the shutdown, which is just days away from becoming the longest in U.S. history.

"The shutdown is already impeding vital consumer and worker protection priorities. If the shutdown is allowed to persist, the cessation of these essential consumer and worker protections threatens significant public harms, as corporate violators go unpunished and food and product safety inspections are delayed and decreased," Claypool writes. "The importance of these functions makes even slight capacity reductions a serious cause for concern."

"It's a crisis alright," Claypool added on Twitter. "This is just the tip of the iceberg, and I'm sure more ugly details will emerge if the Trump shutdown continues. And the longer it continues, the worse this crisis for consumer and worker safety will get."

Public Citizen's report includes a chart showing how eleven federal agencies have been impacted by the shutdown:

"As long as the shutdown continues, essential consumer, worker, health, and safety protections carried out by these agencies are on hold," Weissman said.

Public Citizen's report cites the severe staff shortage at the Federal Aviation Administration (FAA) as just one of many examples of how prolonged government shutdowns can have devastating impacts on public safety.

The report goes on to quote Doug Lowe, president of the Florida chapter of the Professional Aviation Safety Specialists (PASS), who warned on Tuesday: "The longer it goes without that oversight, the more dangerous the aviation system becomes."