In final blow to Scott Walker, the Foxconn deal that was supposed to save his job was just exposed as a bait-and-switch 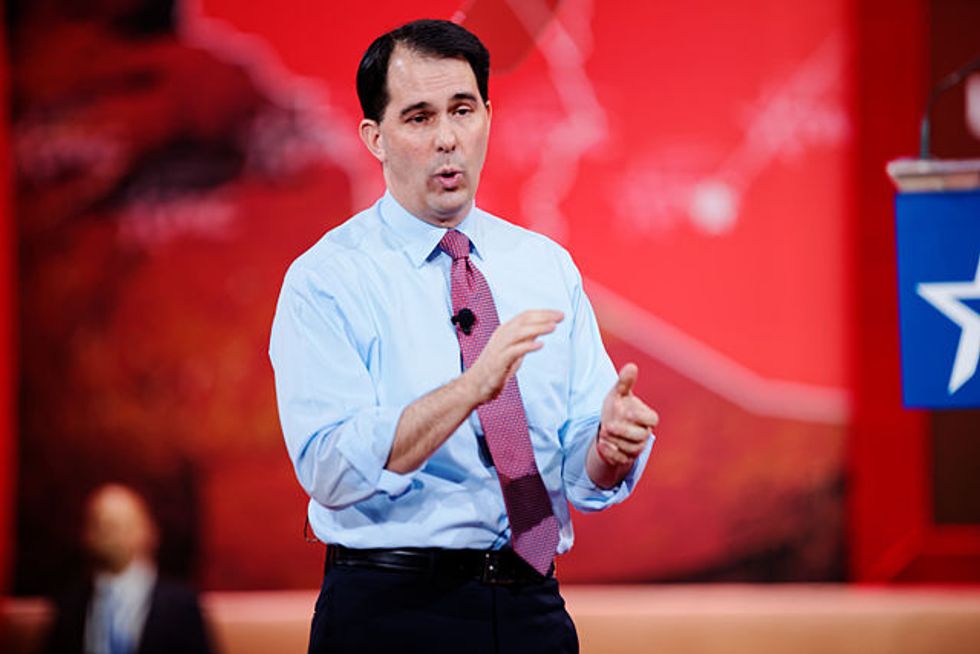 On Wednesday, Taiwanese electronics manufacturing giant Foxconn dropped a bombshell on Wisconsin: their $10 billion new campus in the state will not be devoted primarily to manufacturing LCD screens as promised. Instead, it will be used primarily for research and packaging.

The company insists that it still plans to create the 13,000 jobs it promised when it initially announced the project — but this shift means that far fewer of these will be the blue-collar factory jobs that were supposed to boost Wisconsin's manufacturing sector.

This bait-and-switch is a blow from beyond the political grave to former Wisconsin Gov. Scott Walker, who when he first announced the deal in 2017, was supposed to be his key to a third term and was frequently hyped by President Donald Trump.

From the moment the Foxconn deal was brokered, it was controversial. The price tag for the state of $3 billion did not seem to justify 13,000 jobs — that works out to $230,000 of taxpayer money spent on each $54,000 job created. And that was not all Wisconsin was giving up for the project — Walker worked hand in hand with then-EPA administrator Scott Pruitt to exempt Foxconn from environmental laws, possibly threatening the health of locals. It did not help matters that Foxconn has a history of broken promises — one plant they promised to build in Pennsylvania never happened — and of using robots instead of workers.

As the Foxconn deal cratered in polls, Democrats turned what was to be Walker's trump card into a millstone around his neck, hammering it as a con job. Walker ultimately lost re-election to superintendent of public instruction Tony Evers.

The Foxconn saga is a cautionary message for politicians around the country: economic development incentives which do not properly vet the businesses and projects they're trying to promote can end in disaster, and this is by no means limited to Walker and the GOP. Utah and New Jersey have also both had oversight problems when handing out tax breaks to developing businesses, there has long been a "border war" of businesses in Kansas City gaming tax breaks between Kansas and Missouri, and New York City's deal to receive Amazon's second headquarters is expensive and exacerbates the city's housing issues for unclear benefit.

Politicians who want to bring jobs to their state should look to Walker as an example of what not to do.