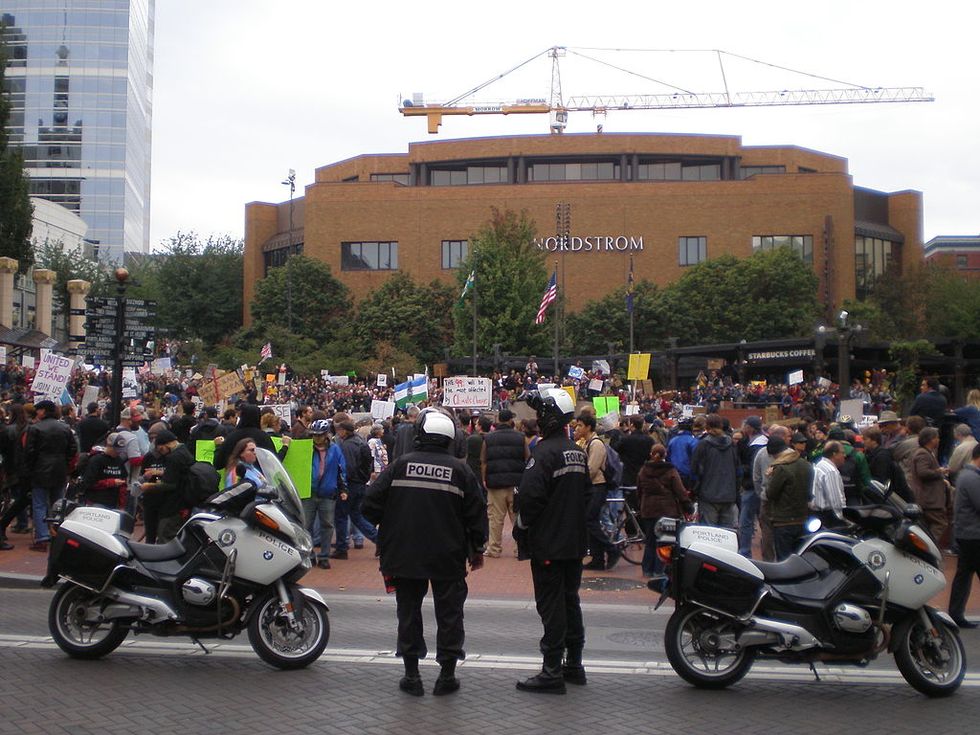 A new document released this week reveals first-hand accounts of a Portland police officer's racist remarks that led to his firing. But despite the disturbing comments documented in the newly revealed letter, he will still be getting a $100,000 settlement payout.

The Oregonian reported on the termination letter that documents the allegations of Sgt. Gregg Lewis' inflammatory comments. Lewis made the comments to a group of other officers during roll call, and they gave testimony about what he said. Their recollection of the comments did not match precisely, but they were all variants on a common theme, including:

The comment reportedly came as a response to a discussion about an online comment saying that the Portland police readily shoot black people while using restraint with white people.

After his superiors reviewed the incident, he was fired in February 2018.

According to the termination letter, Lewis described the remark as "flippant" and suggested he was being "sarcastic." It says he admitted to making the comment, "Of course, unless it's a black guy, then we just shoot them." He denied saying "kill all black people."

It also notes that Lewis said the situation is "difficult" because "this is colored as a racial thing."

The Oregonian reported that the terms of Lewis's settlement with the city over the firing:

Under the settlement proposal, the city would erase Lewis’ firing and pay him $100,020.53 in back pay. Lewis would be considered retired, effective Dec. 3, with the city ensuring he receives pension credits for his adjusted service time through his retirement date.

Commissioner Amanda Fritz said she felt “personally ill’’ considering the settlement, but said she understood it might be the only way to ensure Lewis never works for the city again.

“None of us are happy with this outcome,’’ Commissioner Chloe Eudaly said. “This is an imperfect solution made within a flawed system.’’’