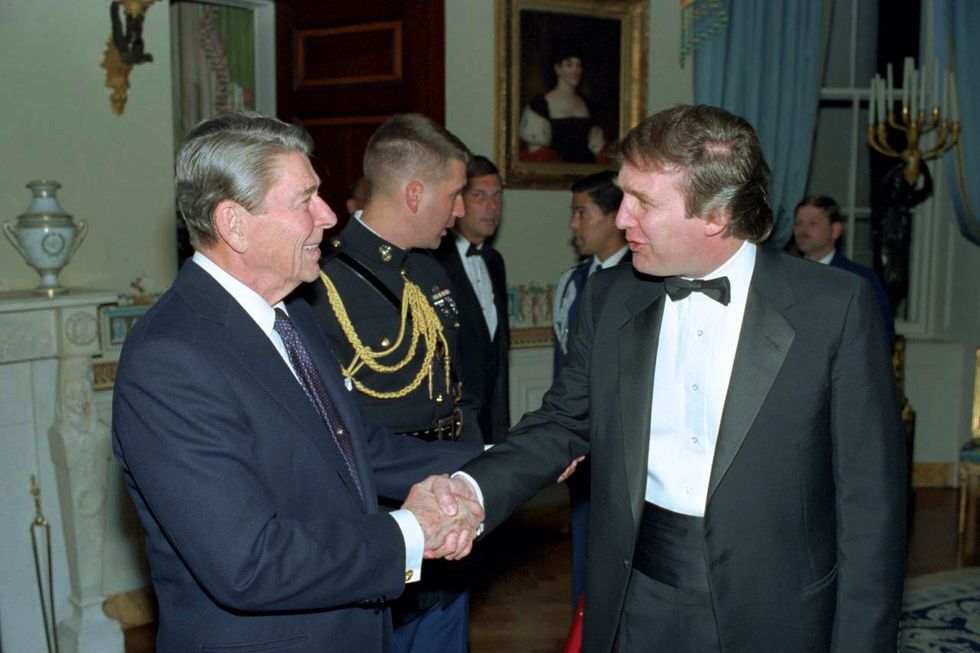 Image via Wikimedia Commons
Dominic Barker
and
The Conversation
January 16, 2019

Did you feel it? Southern California is no stranger to earthquakes, but a seismic political shift went largely unnoticed during last year’s US mid-term elections – as all six of Orange County’s congressional districts turned Democrat blue. Three decades after the end of his presidency, Ronald Reagan’s long hold on the Republican Party is finally over. History has been made.

The “blue wave” well and truly washed over Orange County’s golden shores. It will now ripple across the nation and be felt in the hallways of Capitol Hill and the White House, with profound consequences for the 2020 presidential race. It means that for Republicans to stay in power, something must change.

Yes, Hillary Clinton won Orange County in the 2016 presidential election, the first time the county had gone blue during a White House race since 1936. Indeed, her win was 20th time lucky for the Democrats. But Clinton’s victory was somewhat diminished by the fact that the Republican Party still controlled four of the six congressional seats. In the 2018 mid-terms, however, the electorate sent a far less ambiguous message.

Orange County is – or rather was – the bastion of modern conservatism. Home to the “suburban warriors” – Western libertarians, anti-communists, pro-life evangelicals – it was the electoral heartland of the modern Republican Party. Goldwater, Nixon, Reagan – they were all favourite sons of the wealthy, white, middle-class suburbanites who live there.

This legacy is even etched onto the physical landscape. Nixon’s presidential library sits in the heart of the county, while Reagan’s home in Simi Valley is only a short drive away. Pepperdine University, one of the nation’s most conservative, is situated in neighbouring Malibu. But California’s long history with conservatism is now just that, history.

The end of conservatism?

Though few commentators have focused too much on Orange County, politicos across the spectrum have been quick to sound the broader death knell of American conservatism. That, however, is premature. Conservatism in the US isn’t dying, it’s changing.

After all, less than three years ago, Reagan’s conservative coalition still had the power to carry Trump into the White House. It was telling even then, however, that from an original field of 17 Republican presidential hopefuls, the candidate least ideologically aligned to Reagan won. Trump wanted to do things his own way, even if he followed Reagan’s rust belt path to the presidency.

If Reagan, once a conservative icon, were to run in the primary today, he would fail miserably. Think I’m wrong? Consider how Scott Walker – who was most closely aligned politically to Reagan – did in 2016. His campaign tanked. Not so long ago, conservatives, led by Reagan, argued that capitalism and the economy were dependent on immigration and free trade. Trump, by comparison, wants to build walls and fight protectionist trade wars.

It is time to start calling the “New Right” of Reagan, the “Old Right”. Reaganism, an outlook based on the power of the individual and fervent anti-communism, is dead. The #NeverTrump Republicans, those conservatives still inspired by the Reagan era, were defeated when he took the White House, while The Weekly Standard, a magazine supporting “compassionate conservatism”, closed its doors in December 2018. Reaganism has been replaced by a nationalist, protectionist, isolationist government, closer to the policies of the 1920s.

Trump’s winning message, returning America to the 1920s, should not surprise us. Conservatism is, after all, conservative. It often harks back to a “better” past. What people have ignored, or rather prefer to ignore, is that “Trumpism” is conservatism. It just takes a different, older, less global form to that of Reagan.

There was conservatism before Reagan, and we are now witnessing conservativism after Reagan. It is cruder and more visceral, it lacks Reagan’s enduring smile and “shining city upon a hill” optimism, but it remains conservatism.

This transformation happened because Reaganism was tired. John McCain and Mitt Romney both ran on traditional Reagan platforms in 2008 and 2012. Both lost. But, if nothing else, the conservative movement has learnt the art of winning. A swath of think tanks, trade associations and, most importantly, media outlets provide the infrastructure to support the conservative message. To keep winning, conservatism had to reinvent itself. Trump is the manifestation of that mantra.

But if conservative history teaches us anything, it is that overtly visceral politics is unsustainable. In his final major public address, at the 1992 Republican Convention, Reagan declared:

Whatever else history may say about me when I’m gone, I hope it will record that I appealed to your best hopes, not your worst fears, to your confidence rather than your doubts.

Trump’s rhetoric, like that of Barry Goldwater before him, flies in the face of this sentiment. In 1964, Goldwater lost his attempt to secure a presidential term. And if Orange County is anything to go by, so will Trump in 2020. This is the fate that conservatism must now contend with. It is time for another reinvention.