Here's why private, for-profit health care is a terrible idea 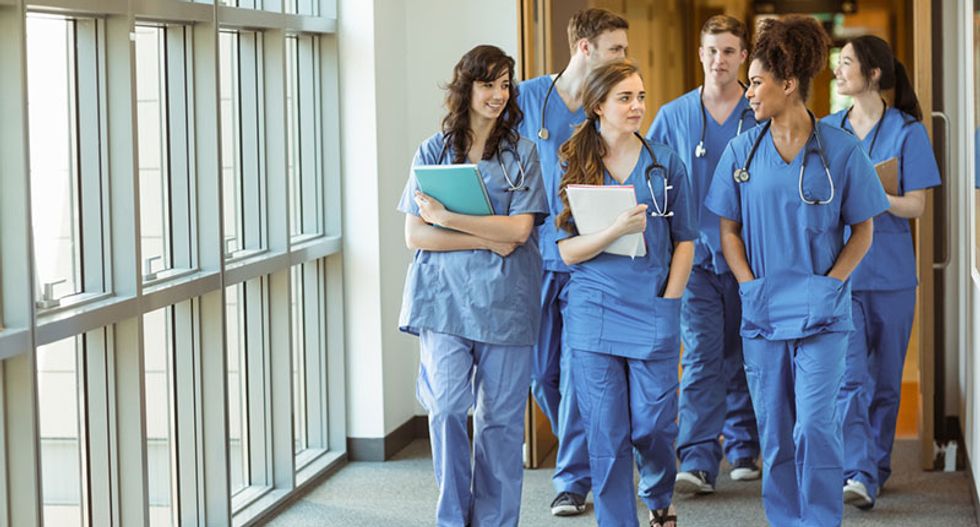 Ontario Premier Doug Ford may be planning a two-tiered, profit-driven health-care system, according to the Toronto Star. This is clearly the wrong solution to the health-care woes of the province, and the nation as a whole.

In a letter to Ontario’s 68,000 civil servants, written on Jan. 7, Ford promised to quickly end “hallway medicine” and to adequately fund health care.

There is no question that Ontario’s health-care system needs to improve. But prioritizing care based on ability to pay instead of medical need will only exacerbate hallway medicine and wait times for all but the wealthiest patients.

A 2017 ranking of health-care access and quality in 195 countries gave Canada a score of 88 out of 100. That places our health system in the top 10 per cent in the world. Does this excuse inaction in areas where we must improve? Of course not, but it suggests that there are many elements of our current system worth keeping.

Evidence from Australia to Germany and Switzerland demonstrates that private payment increases wait times for the majority of patients who depend on publicly funded services and increases total system costs.

In fact, countries that outperform Canada on global rankings spend more public dollars on health care (80-85 per cent) than we do (73 per cent) and cover a broader range of services.

We don’t need to rely on international experience alone to see the folly of Ford’s privatization scheme. In 2017, Saskatchewan’s auditor general showed that a private-pay MRI program actually increased wait times for scans rather than the promised reduction.

This corporation seeks to open the doors to a second tier of private payment for medically necessary care, to allow extra-billing in excess of the public fee schedule, and to allow dual practice — so that doctors working within the public system can charge both the government and patients for the very same service.

Back in 2000, the previous Ontario Conservative government under Mike Harris awarded a contract to a private for-profit group to deal with a backlog in radiation cancer treatment. The government gave the clinic $4 million in start-up costs and according to a report from the auditor general, treatment at the clinic cost $500 more per patient compared to public non-profit hospitals.

Simply, profit-driven clinics will not keep money in patients’ pockets, one of Ford’s key campaign promises.

With fewer health-care workers remaining in the public system, it’s no surprise “hallway medicine” would worsen for those left behind.

Medical care must be based on need

There are evidence-based solutions that are better than for-profit care and that will ensure equitable access to care for all of us.

For example, renowned spine surgeon Dr. Raj Rampersaud launched a pilot project in Toronto that decreased the average wait time to see a spine specialist from 18 months to as little as two weeks and decreased the use of MRIs by 30 per cent.

Another successful example is an “eConsult” project piloted in Ottawa. Built around virtual access to specialists, this reduced the need for in- person consultations by 40 per cent, with specialist advice arriving, on average, in just two days. The fastest response? Six minutes. This program is now available across Ontario.

There are many other examples of how we can shorten wait times to improve access to care, none of which overturn medicare’s fundamental principles of providing care based on need, not ability to pay.

We cannot allow a select few to profit from changes in our health-care system that will negatively impact most of us for generations to come. We need to improve how we organize and deliver our care, and adequately fund the system rather than financially starving and mismanaging it as Ford plans.

Allowing private payment is an overly simplistic solution to a complex problem. And it is wrong.