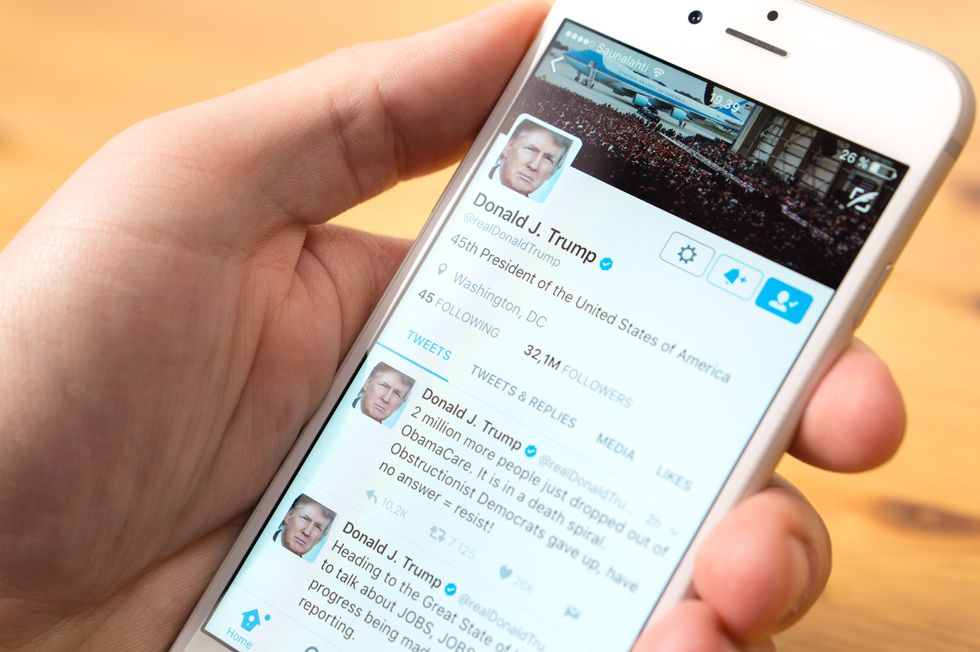 Last week, the US Court of Appeals for the Fourth Circuit issued the first appellate decision regarding actions taken by government officials in social media — and it’s a win for the First Amendment.

Here’s the background — Phyllis Randall, Chair of the Board of Supervisors for Loudoun County, VA, blocked a member of the public, Brian Davison, from the Board’s Facebook page after Davison posted a comment alleging corruption among members of the Loudoun County School Board.  Davisin brought suit in the US District Court for the Eastern District of Virginia, which ruled in his favor on the key First Amendment issue; Randall appealed to the Fourth Circuit, which affirmed the district court’s finding on the First Amendment issue. (Davison made several other arguments, in which neither the District nor Circuit Courts found merit at this time.)

I’m not an attorney — and DK’s resident barristers are MORE than welcome to correct and/or amplify my analysis in the comments! — but a quick reading of the decision suggests these are the two key passages where social media is concerned:

Although neither the Supreme Court nor any Circuit has squarely addressed whether, and in what circumstances, a governmental social media page—like the Chair’s Facebook Page—constitutes a public forum, 3 aspects of the Chair’s Facebook Page bear the hallmarks of a public forum. Randall “intentionally open[ed the public comment section of the Chair’s Facebook Page] for public discourse,” Cornelius v. NAACP Legal Defense & Educ. Fund, Inc., 473 U.S. 788, 802 (1985), inviting “ANY Loudoun citizen” to make posts to the comments section of the Chair’s Facebook Page—the interactive component of the page—“on ANY issues, request, criticism, complement or just your thoughts,” J.A. 455. Randall placed no restrictions on the public’s access to the page or use of the interactive component of the Chair’s Facebook Page. And, in accordance with Randall’s invitation, the public made numerous posts on matters of public concern. The Chair’s Facebook Page also is “compatib[le] with expressive activity.” Cornelius, 473 U.S. at 802. “Congress [has] recognized the internet and interactive computer services as offering ‘a forum for a true diversity of political discourse, unique opportunities for cultural development, and myriad avenues for intellectual activity.’” Zeran v. Am. Online, Inc., 129 F.3d 327, 330 (4th Cir. 1997) (quoting 47 U.S.C. §230(a)(3)); cf. Bland, 730 F.3d at 386 (finding post to campaign Facebook page “constituted pure speech”). And the Supreme Court recently analogized social media sites, like the Chair’s Facebook Page, to “traditional” public forums, characterizing the internet as “the most important place[] (in a spacial sense) for the exchange of views.” Packingham v. North Carolina, 137 S. Ct. 1730, 1735 (2017). An “exchange of views” is precisely what Randall sought—and what in fact transpired—when she expressly invited “ANY Loudoun citizen” to visit the page and comment “on ANY issues,” and received numerous such posts and comments. J.A. 455.

Randall’s decision to ban Davison because of his allegation of governmental corruption constitutes black-letter viewpoint discrimination.

Put simply, Randall unconstitutionally sought to “suppress” Davison’s opinion that there was corruption on the School Board. Cornelius, 473 U.S. at 812–13; see also, e.g., Rossignol, 316 F.3d at 521 (holding that sheriff’s deputies engaged in viewpoint discrimination when they seized an issue of a newspaper that criticized the county sheriff’s and his deputies’ performance of their official duties); Putnam Pit, Inc. v. City of Cookeville, Tenn., 221 F.3d 834, 846 (6th Cir. 2000) (holding that a municipality engages in viewpoint discrimination if it refuses to link newspaper webpage to the city’s website solely because the newspaper sought to expose municipal corruption); Knight, 302 F.Supp. 3d at 575 (holding that the President engaged in viewpoint discrimination when he blocked individuals from his Twitter account because the individuals “posted tweets that criticized the President or his policies”).  That Randall’s action targeted comments critical of the School Board members’ official actions and fitness for office renders the banning all the more problematic as such speech “occupies the core of the protection afforded by the First Amendment.” Rossignol, 316 F.3d at 521 (quoting McIntyre v.Ohio Elections Comm’n, 514 U.S. 334, 346 (1995)).

In sum, the interactive component of the Chair’s Facebook Page constituted a public forum, and Randall engaged in unconstitutional viewpoint discrimination when she banned Davison’s Virginia SGP Page from that forum.

Some of you may recall that President Trump currently faces legal action by persons he “blocked on Twitter.”  After the government lost the first round of that case — Knight First Amend. Inst. at Colum. Univ. v. Trump — they appealed to the US Court of Appeals for the Second Circuit, where the case remains at this time.  It’s interesting to see the Fourth Circuit citing Knight, since it’s still under appeal; my guess is that they’re doing so because Knight agrees with their evaluation of government social media use under the public forum doctrine; as the Court noted in a footnote, the only other case to make such an analysis, Morgan v. Bevin (Eastern District of Kentucky) found that public forum doctrine did NOT apply to social media sites of the Governor of Kentucky.

Now, I happen to agree with this decision — I had applied the public forum doctrine to Trump’s Twitter feed when news of that lawsuit first arose here at Daily Kos — and it was good to see it fleshed out with plenty of precedent in the Fourth Circuit’s ruling.

So, what does this mean for us?  Well, there are two answers:

If you’re an activist/journalist and a government agency or official blocks you from their official Facebook page or Twitter feed because of legitimate inquiry/comment/opinion (as happened just today with a Louisville, KY journalist blocked by a county school system’s Twitter feed), you have a ready-made First Amendment argument AND a nice “you might want to take a look at THIS before you decide to keep me blocked” document to hand to their legal counsel.  While the Fourth Circuit’s decision is binding precedent only within its jurisidiction (MD, WV, VA, NC, and SC), it’s sure to be influential in other areas of the country.

Both the Fourth Circuit’s decision in Davison v. Randall and the case against Trump in the Second Circuit (Knight First Amend. Inst. at Colum. Univ. v. Trump) consider only the actions taken on official social media outlets.  (If you read the Davison decision, you’ll see that the Court goes to some length in determining that the Facebook page in question is a “government page.”)  In other words, none of this analysis applies to personal social media accounts of government officials.

For instance, my Governor maintains two Twitter accounts — one, @GovMattBevin, is “official”, while @MattBevin is his personal account; Bevin’s personal account makes no mention of his office in its bio, and there’s a pinned tweet reading “Please follow @GovMattBevin to get official updates from the Office of the Governor.”  So, even if Davison or Knight were to be affirmed by the Supreme Court and become enshrined as precedent, Bevin could still block/ban as he sees fit on his personal social media accounts.

So, if you’re dealing with a blocked/banned situation, you need to make sure that it’s an “official” government social media outlet (you might want to read the Davison decision and see the criteria the Second Circuit used) before raising First Amendment concerns.

On the whole, I think this decision is a solid win for activists and journalists engaged with government agencies/officials in social media.  I think it particularly important, given the number of local governments (such as Loudoun County) that are now conducting business via social media.

I have not seen any indication that Randall plans to appeal this decision to the US Supreme Court, and we’re still waiting to see how the Second Circuit rules on Knight (the case against Trump)...but, given that this is the first US Circuit decision on the subject, I think we’re off to a good start.